The media vs. the American worker: How the 1 percent hijacked the business of news

This Labor Day, we have one simple question for media professionals: Why don't you care about the middle class? 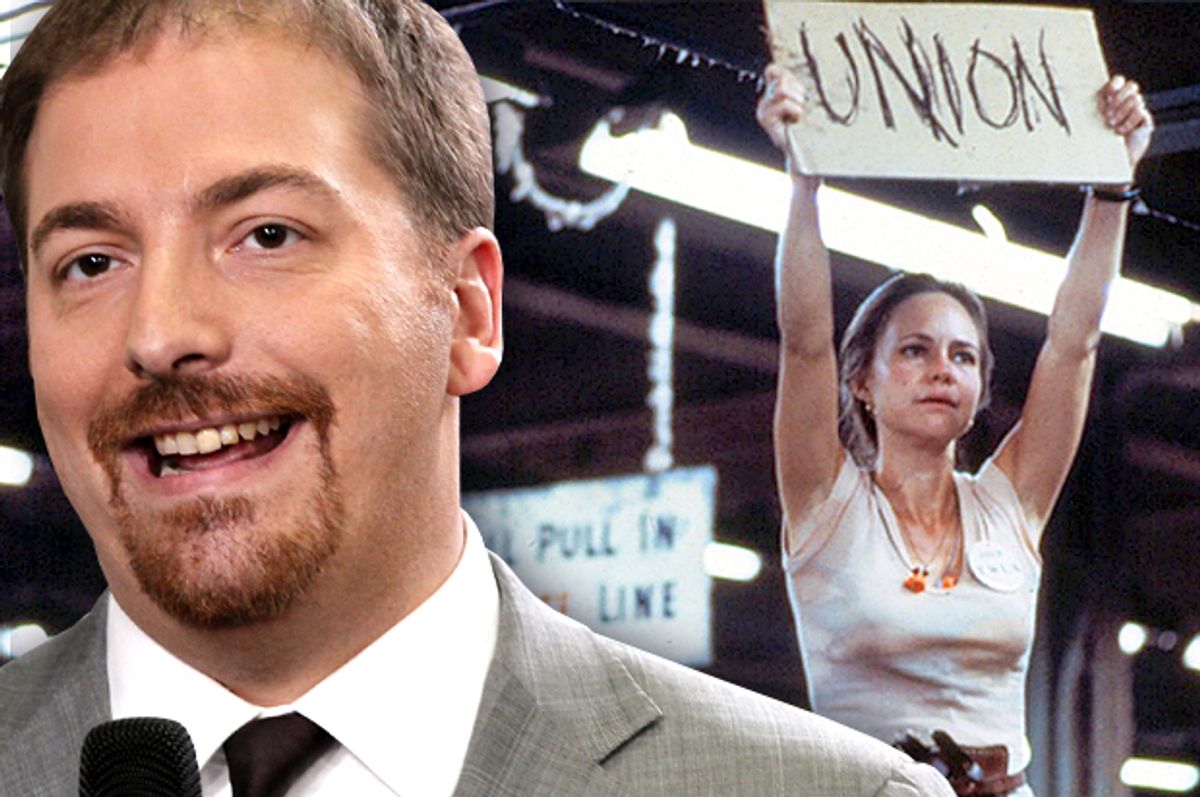 Ah, Labor Day. A time to kick back, put your white clothes away, eat burned meat products and, if you really love to have fun, reflect on why it is that labor issues get such short shrift in our mainstream media. (See what I did there?) But really, the point of Labor Day is in the title, so, just for a second, let's talk about how we talk about labor.

Or, rather, how we don't talk about labor. Our media is filled to the brim with stories of, by and for the wealthy. We have three separate television channels focused solely on business. Newspapers come stuffed with sections devoted to real estate, fine dining and high fashion. When the public editor of the New York Times asked the paper's executive editor, Dean Baquet, why he was launching a new "anthropological" beat focused on the "superrich," he replied, "The New York Times does enough about poverty and the middle class."

Working people, meanwhile, find themselves lavished with much less attention. And forget about unions, which, even in their diminished state, still represent millions and millions of people. The number of outlets with reporters dedicated to covering labor issues has steadily shrunk in recent years, even as the technological revolution makes an examination of modern-day labor practices more important than ever. (To be fair to the Times, it is one of the few newspapers to maintain a labor beat, though that is dwarfed by the paper's coverage of high finance and technology.)

On TV, meanwhile, unions might as well not exist. A 2014 study by the stalwart media watchdog FAIR found that, over an eight-month period, exactly zero representatives of labor unions appeared on any of the five main Sunday talk shows. Billionaire CEOs, meanwhile, got lots of chances to put forward their vision of the American economy:

There is one kind of union that gets discussed a lot, and that's teachers' unions, which are subject to some of the most unrelentingly negative coverage you will ever see. Take this slightly astonishing 2014 Time magazine cover story, which ran with the headline: "Rotten Apples: It's nearly impossible to fire a bad teacher. Some tech millionaires may have found a way to change that." Got that? Teachers' unions bad, tech millionaires awesome. That's our modern media consensus in a neat little package.

Really, none of this should surprise us too much. It is unfashionable these days to go all Noam Chomsky and talk about the structure of some of our top news organizations, but just for a moment, let's.

Now, this is not to say that there is an overt conspiracy going on at CBS News or NBC News or wherever else to crowd out coverage of labor issues and stories of working people, or that there is never any good coverage of these issues to be found these days. The news just doesn't work that way. But media ownership matters because the owners hire the people who hire the people who hire the people, and what are all those people going to be taught? So much of journalism today consists of an elite class covering the world, and you'd be crazy to think that that has no impact on the way journalists think. Our news agenda reflects not a smoke-filled room but rather an unthinking understanding, passed down through the years, about who and what deserves to command our attention. Labor issues and unions inevitably lose.

There are signs that things may be changing slightly, though. The digital media world is rapidly unionizing, with websites like Gawker and Salon leading the charge. (Note: While I am a regular contributor to Salon, I am not on staff, and thus not in the Salon union.) The new generation of journalists has come of age during a time when the inequalities in our society have never been so stark, and when journalists themselves have never been such vulnerable members of the workforce. It's to be hoped that this generation won't repeat so many of the mistakes of the past, and will give labor issues, and so many other issues, the space that they deserve.