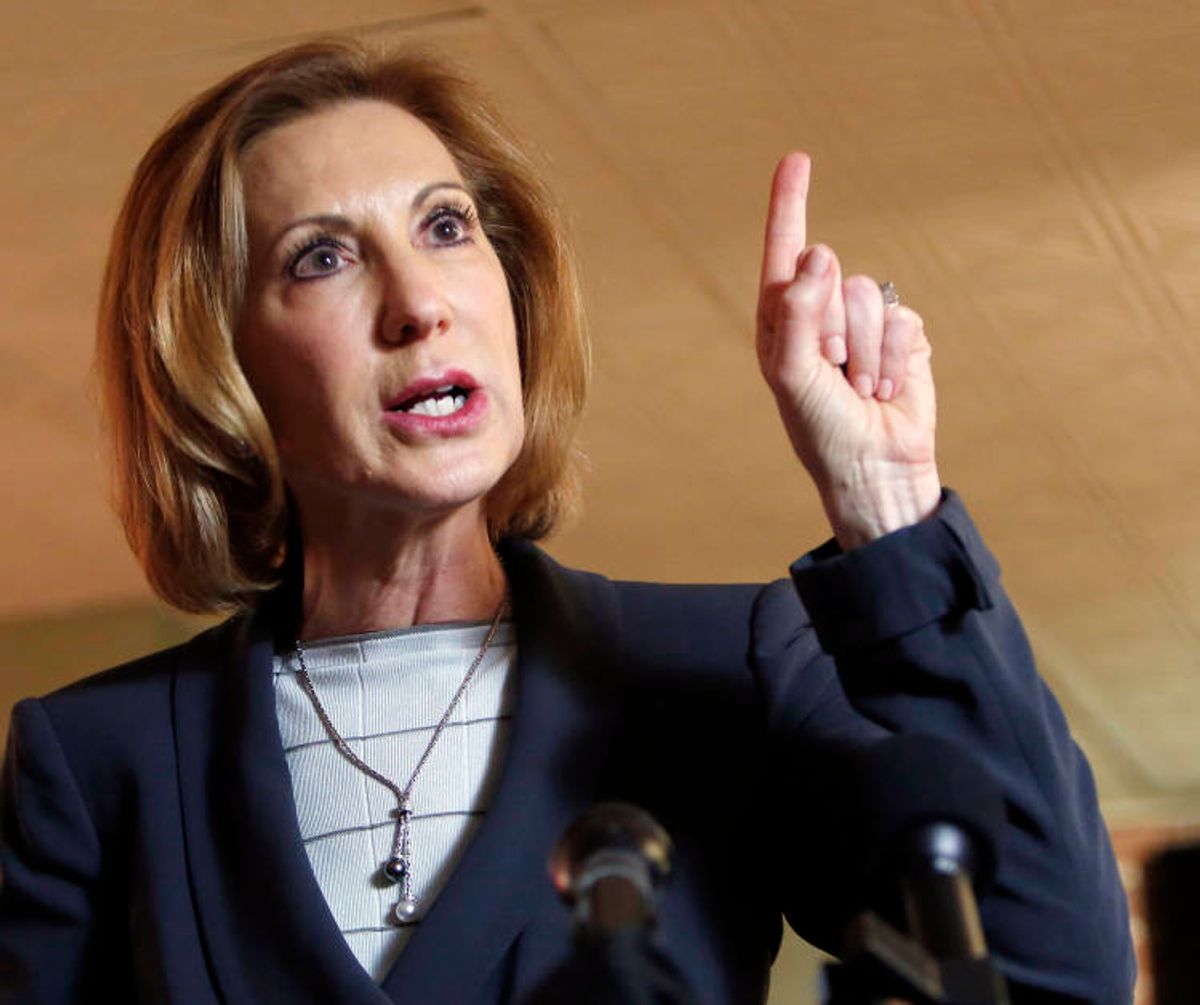 Congress returns to the Hill today from their August recess and if Republican presidential candidate Carly Fiorina had her way, the Republican majorities in the House and Senate would soon have new leadership, as the conservative candidate has endorsed the removal of House Speaker John Boehner and Senate Majority Leader Mitch McConnell if they "don't produce results."

In an interview with Sirius XM Patriot Channel's "Breitbart News Sunday," Fiorina said she shared the frustration of Republican voters with both McConnell and Boehner before outlining “three key things that leadership needs to do, and if they can’t do them they need to step aside.” Fiorina then went to demand that Boehner and McConnell oversee the passage of four bills, including a 20-week abortion ban, the defunding of Planned Parenthood, a conservative border security bill and a bill requiring Congress to approve all new regulations.

“Eighty percent of the American people think we have a professional political class that’s more concerned with its own power and position and privilege and maintaining the status quo than getting any of the people’s work done,” she explained, arguing against McConnell. “So people are sick of it. They know it’s not just about a different person in the White House, it’s about actually changing the system now—challenging the system”:

Why do we have majorities if nothing changes? But assuming they don’t do anything, they’re sort of making the point people are saying, ‘You know what? It’s time for different leadership.’ When did we get used to a political class? This is intended to be a citizen government. Citizens in this government, in this nation, step forward and serve for a time and then go back to private life.

Facing a potential government shutdown, a deadline to raise the federal debt ceiling or risk default, and a showdown over highway spending, House Speaker John Boehner will likely also face a motion to vacate the chair this fall, a move meant to strip him of the gavel. Earlier this year, 25 Republican lawmakers voted against his bid for a third term as speaker.