Hillary's "I'm a real person" rebrand: Why her latest recalibration is self-defeating

Hillary Clinton's campaign announced a new plan to be more spontaneous, which kinda undermines its own point 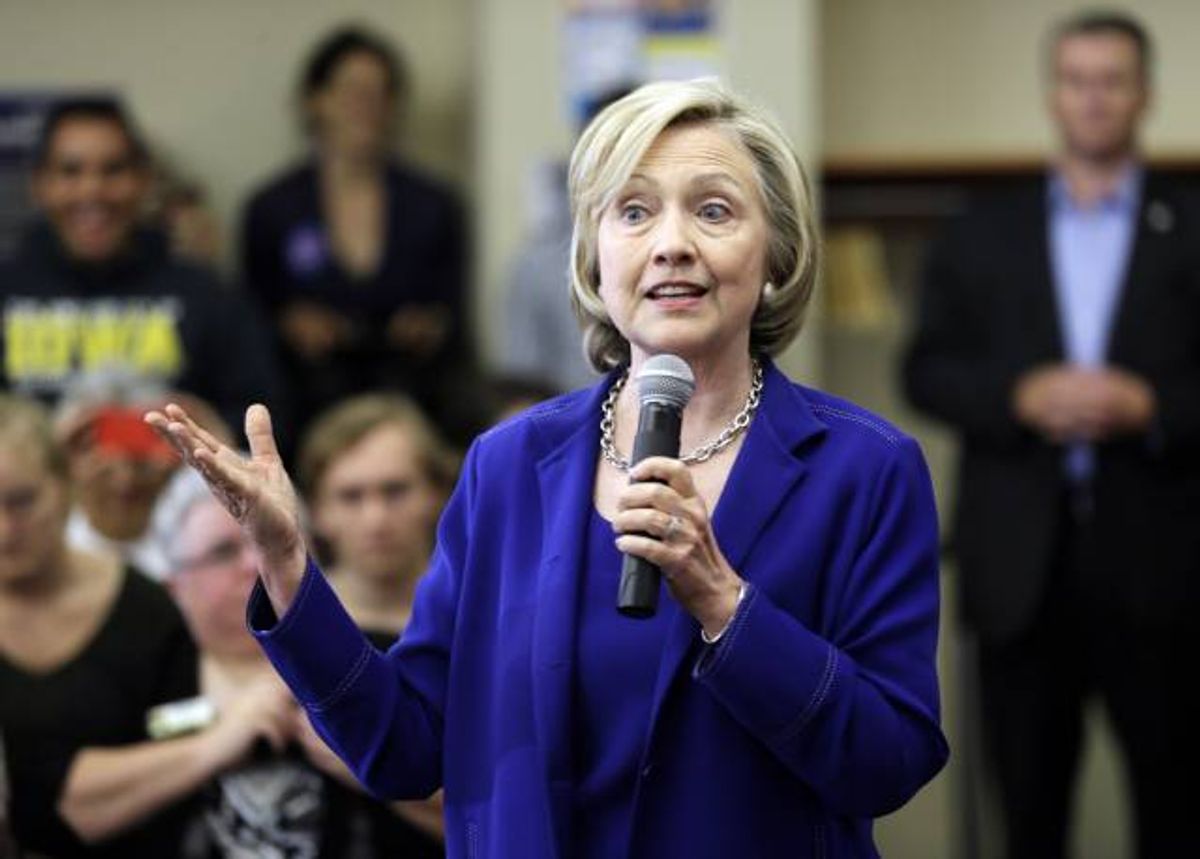 In mid-August, Hillary Clinton’s campaign distributed a memo to panic-stricken establishment Democrats politely explaining why they should not go on “Morning Joe” and freak out about her softening poll numbers and testy answers to questions about her State Department email. Things might get bumpy, the campaign explained, but the poll numbers were still looking pretty strong, and they had a plan to motivate Obama coalition voters and take the fight to Republicans, who were busily making fools of themselves by trying to compete with Donald Trump. Just sit tight, they said, and stay calm. Everything will be okay.

Here we are a few weeks later, with Hillary’s poll numbers a tiny bit worse (though still pretty strong) and her email “scandal” still simmering, and the campaign is reacting in a very different fashion – they’re rolling out the “rebrand.” The New York Times reported over the holiday weekend that we’re going to start seeing a new Hillary Clinton on the trail soon, and we’re all going to experience “the sides of Mrs. Clinton that are often obscured by the noise and distractions of modern campaigning.”

They want to show her humor. The self-effacing kind (“The hair is real, the color isn’t,” she said of her blond bob recently, taking note of Mr. Trump) has played better than her sarcastic retorts, such as when she asked if wiping a computer server was done “with a cloth.”

They want to show her heart, like the time she comforted former drug addicts in a school meeting room in New Hampshire.

And, to soothe Democrats uneasy about her shaky poll numbers, they want to relentlessly contrast herself with Republicans, saying she is at her best when showing willingness to do battle.

This has the same feel to it as Mitt Romney’s years-long quest to force Americans to recognize and accept his normalness. Romney spent the better part of a decade running for president, but consistently found himself beaten or temporarily upstaged by a string of candidates who were better able to connect with voters: John McCain, Rick Santorum, Newt Gingrich, and, of course, Barack Obama. The consistent refrain from the Romney camp was that people just need to see the “real” Mitt Romney, and they embarked upon a series of “rebrands” to demonstrate his humor and warmth and “authenticity.”

Romney’s problem is the same one Clinton faces. It’s not that they’re somehow less “normal” than your typical elite politician – no one who operates at that level of politics can make a legitimate claim to normalcy. They’re just not particularly good at evincing the contrived, thoroughly bogus quality of “authenticity” we tend to seek out in our politicians. When you’re not good at pretending to be “authentic,” you get slapped around by the press as “calculating” and “poll-tested.” And that’s not really fair, given that pretty much every official word you hear coming from every 2016 candidate has been message-tested and precisely calibrated to elicit a specific response from voters. Nobody is "authentic," though some fake it much better than others.

But when you’re caught out being “inauthentic,” it’s very easy to slip into a sort of self-reinforcing negative feedback loop. Clinton, like Romney before her, has already gone through several reinventions and reintroductions. And, again like Romney, her campaign is eagerly feeding stories to the press about how she’s now going to be more spontaneous and less scripted. But in constantly recalibrating her “I’m a real person” message, the campaign is just reinforcing the idea that Hillary isn’t particularly good at play-acting as “authentic,” which leads to yet more recalibration and still more assurances that voters just haven’t seen the real Hillary yet.

Again, this quest for “authenticity” is largely nonsense given that it’s all an act, but a candidate who publicizes their ambition to be “authentic” is undermining their own mission. David Axelrod made a good point regarding all this: if you’re going to change your strategy to be less scripted and more “spontaneous,” then just start doing that and don’t tell anyone that that’s your new strategy. Announcing a plan to be more spontaneous sort of takes away from the spontaneity.