Beck also boasted that the media's ignoring him despite his resemblance to Martin Luther King, Jr. 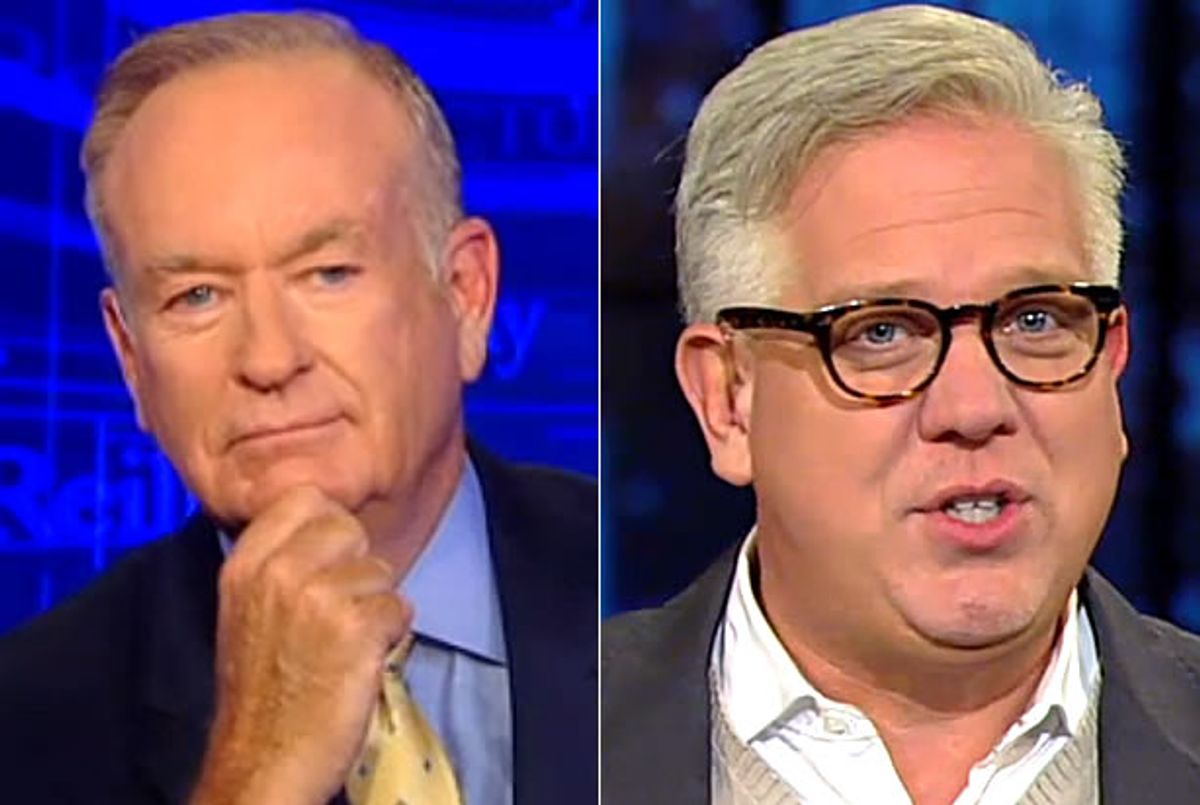 On Tuesday night's edition of "The O'Reilly Factor," once and future Fox hosts Glenn Beck and Bill O'Reilly discussed the legitimacy of Donald Trump's presidential campaign -- or, more precisely, Beck attempted to convince O'Reilly of its illegitimacy, given that all of the solutions Trump poses are inherently "progressive."

O'Reilly couldn't even finish his first question before Beck got rolling. "What is it about Trump's candidacy that has you —" O'Reilly began, only to be interrupted by Beck, who asserted, "He's a progressive."

"He's a progressive, Bill, he has a clear long history of progressive tactics," Beck said. "His answer on the border is the reason why we're having this problem, which is that 'the people in Washington D.C. are stupid,' which is pretty much his answer on everything."

Beck argued that Trump's claim that "if we just have smarter people in D.C., we can run the government better" is an inherently progressive idea. O'Reilly attempted to argue that Trump's position on immigration isn't progressive, because he wants to build a "big, beautiful wall," but Beck shot back that "he wants to do it through big government."

"You're going to need a lot of buses to deport 12 million people," O'Reilly replied, "and the government's the only one that has them."

O'Reilly further claimed that what Beck was doing was "going back in time, to when Trump didn't care about political stuff," but that candidate Trump "has reshaped his message."

"That hurts him even more in my book," Beck replied, before humble-bragging about the many opportunities he's had to sell out with "my fledgling network." He also noted, humbly of course, that his latest rally in Alabama was "the largest protest since Martin Luther King, but the media didn't cover it."

Beck was appearing on "The Factor" in order to publicize another rally, to be held Wednesday, to protest the Iran deal, at which a number of the GOP presidential candidates will be in attendance. This rally will vindicate the lines he drew between circled words on his infamous chalkboard.

"When I was on Fox that last year," he said, "I made a very big point to have this big chalkboard up every single day. It said a caliphate will be established, it will spread across the Middle East and Europe, and it will destabilize the world. We're now seeing that" with the Syrian refugee crisis, he said, "the destabilization is happening."