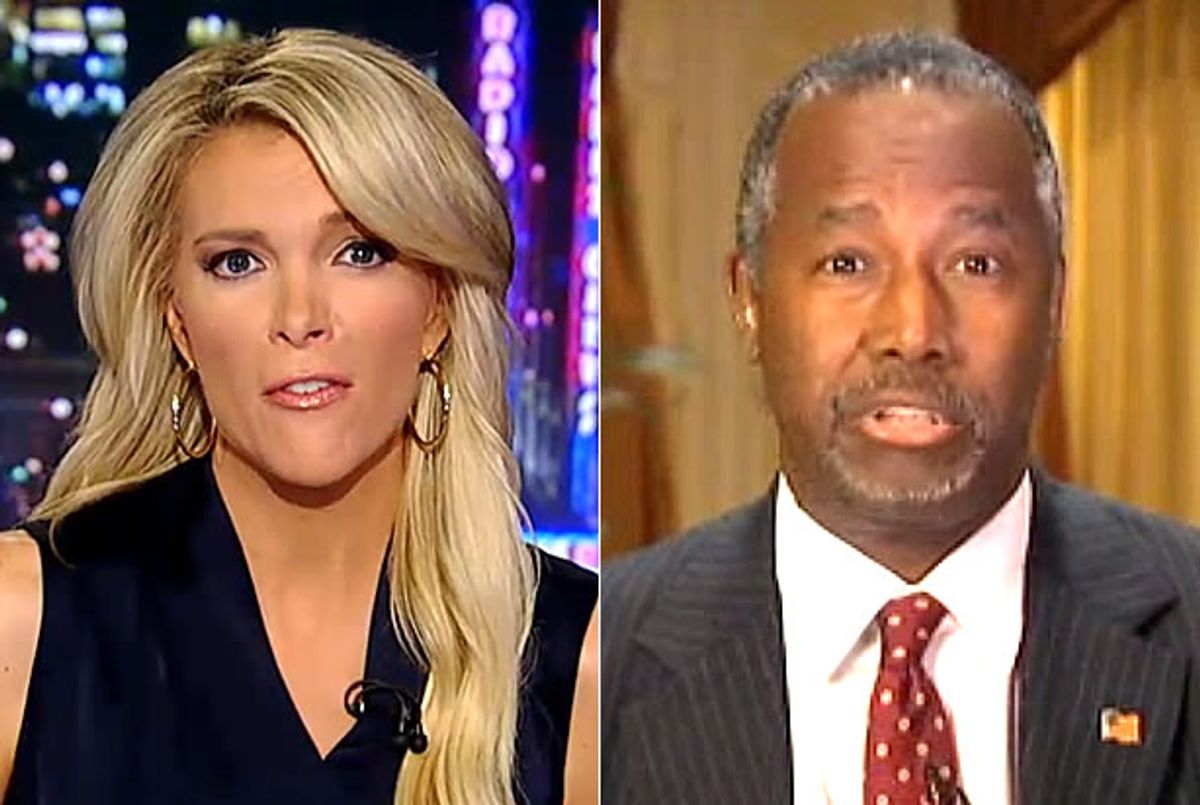 Say what you will about Megyn Kelly, but unlike her compatriots who "ambush" their subjects with questions for which they have canned answers, she can genuinely surprise her guests with questions that cause them to blather incoherently, and she's more than happy to stand silently by as they struggle to unburden themselves of the weight of their own palaver.

"I think what we need to look at is how we stop this thing from being a continuation," Carson said. "When the Supreme Court made its decision, anyone should have known that this kind of thing was going to occur, and that it would escalate. Congress now has a responsibility to step up to the plate and protect the rights of all Americans."

Carson continued with a stunning civics display by a presidential contender, saying that "the reason we have a divided government is [so that] when one branch does something that tilts the balance, the other branches need to pitch in and correct the situation." Because they're all absolutely co-equal, after all, with none have constitutionally guaranteed precedence over the others.

Carson paused, adopted a look that his handlers have no doubt told him communicates "thoughtfulness," then proceeded to ramble around the question. "But, but," he said, "this is a very basic right." (As any English professor, including this former one, will tell you, using "this" without a clear referent is a clear indication that you're speaking before you know exactly what your subject is -- literally.)

"This is a," he continued, "a Judeo-Christian nation, in the sense that a lot of our values are based on a Judeo-Christian faith." Having aired that tautology, he resorted to arguing that "there are a substantial number of people who support traditional marriage, and I'm one of them."

"This is where some intellect needs to take place," Carson said. "Our legislators need to sit down and ask themselves whether the rights of all Americans are protected. It requires a little bit of effort."

Kelly's face suggested that she wished she could require more of the same from Carson, but she's a professional, so she moved on to asking Carson why he's surging in the poll. Needless to say, he was no more clear on the reason behind his anticipated electoral success as he was on Davis case, asserting only that it had nothing to do with his race.