"It's a much different place," he said, the shadow of the Holocaust perhaps tempering his xenophobic rhetoric 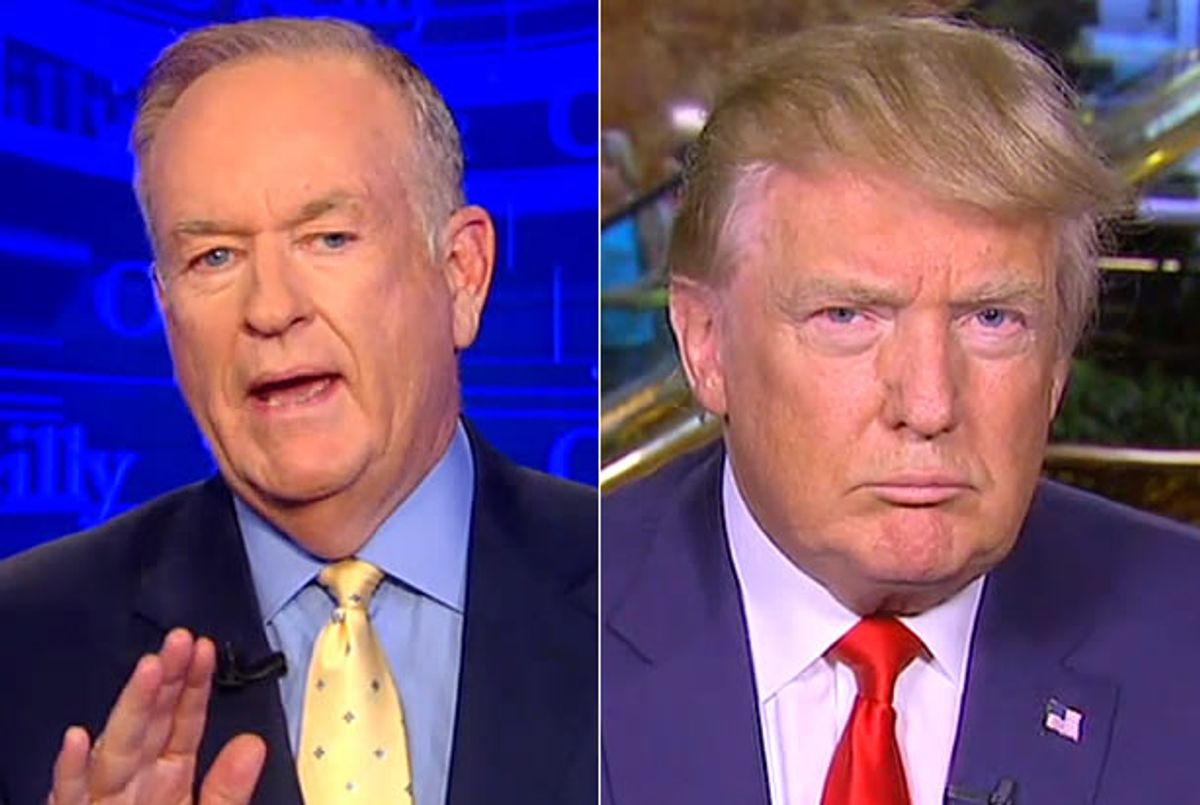 In an interview with Bill O'Reilly Tuesday night, Republican presidential candidate brought his xenophobic anti-immigrant rhetoric to bear on the burgeoning Syrian refugee crisis, claiming that the influx of people attempting to flee the war torn country is "transforming" Europe into something that isn't European anymore.

Trump danced around the cultural identity of those he believed were responsible for "transforming" Europe into "a fundamentally different place." He began by acknowledging that "they're living in hell in Syria," but when O'Reilly directly asked whether he would have removed President Bashar al-Assad, Trump skirted the issue, saying that "Obama said he would do that, but can't because [Assad] has the support of Russia and Iran."

"But what would you have done?" O'Reilly pressed.

"Probably in retrospect, they should have gone in retrospect and done something about Assad," Trump replied before demonstrating, if not a complex knowledge of tangled loyalties involved in the Syrian conflict, a knowledge that they're complex.

"But now you're going to have millions of migrants going to Europe and being accepted," O'Reilly said, "and millions more will come, and I think that catastrophe's going to play out over the next six months." Trump didn't take the opportunity to point out that for O'Reilly the antecedent of "catastrophe" wasn't "Assad's war against his own people" but "the refugees entering Europe as a result of it," instead choosing to bemoan that "Europe is becoming a much different place."

"Bill, I was in Paris recently, and Paris doesn't look like Paris anymore," he said. "You look at what's going on with some of the major cities and some of major countries, even before this, and I'm not hearing that's what they want." Because it's not enough to build a wall around America, it seems, as there are dark-skinned people the world over threatening to change the complexion of Western countries.

O'Reilly proceeded to go full game-show and initiated a lightening round with Trump, who said that he "was a very strong believer in Christianity and religion," but that Kim Davis didn't have "the right job for her"; that "all lives matter" matter more than "black lives matter," because that movement "is trouble that's looking for trouble"; and that he's not interested in talking to O'Reilly about Planned Parenthood, because "he has bad researchers" who pull up statements he made on "Hannity" no fewer than four weeks ago and feed them to O'Reilly in context.