R.E.M. slams Donald Trump: "We do not authorize or condone the use of our music at this event" 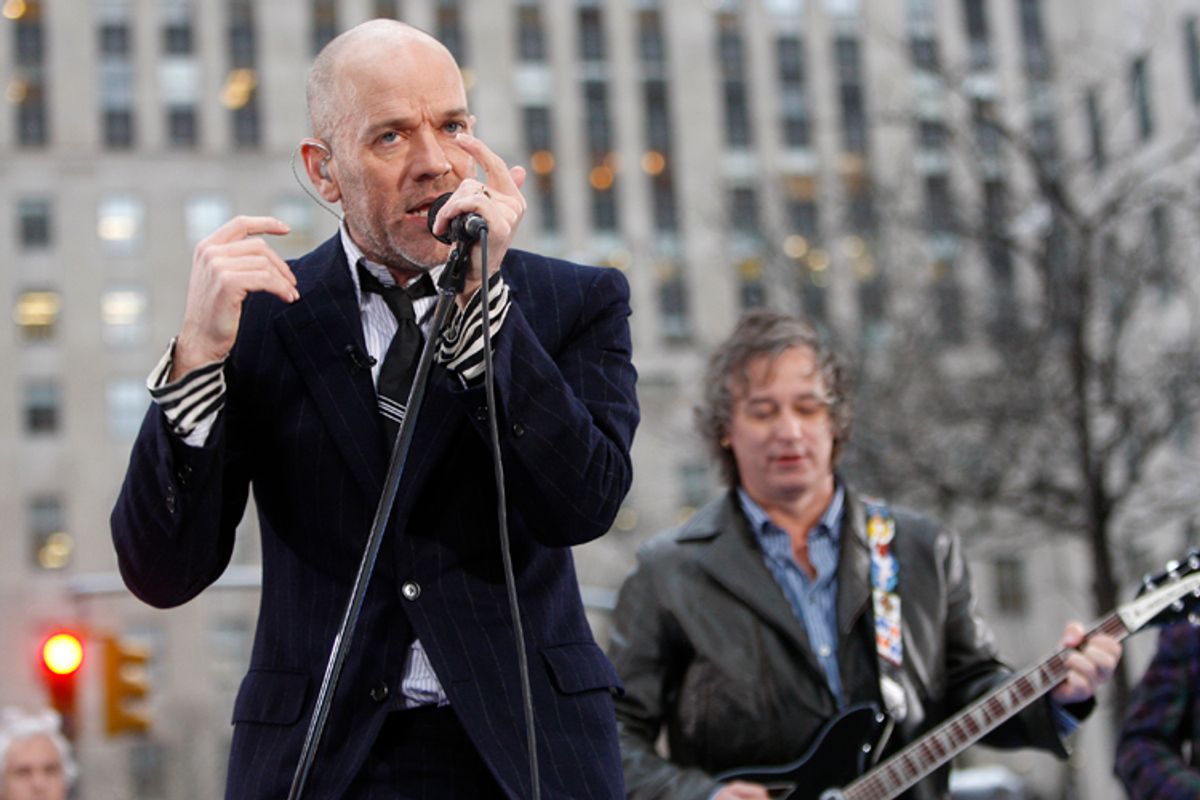 At a Tea Party rally on the West Lawn of the U.S. Capitol today where anger spilled out over the Iran deal, Donald Trump greeted the crowd to the strains of R.E.M.'s "It's the End of the World As We Know It (And I Feel Fine)," which — needless to say — puzzled music fans:

And riled up members of the group themselves, like bassist Mike Mills:

Trump spoke after Texas Sen. Ted Cruz, who invited him to the event.

This evening, the band responded to the use of their song, posting the following statement to their Facebook page:

"While we do not authorize or condone the use of our music at this political event, and do ask that these candidates cease and desist from doing so, let us remember that there are things of greater importance at stake here. The media and the American voter should focus on the bigger picture, and not allow grandstanding politicians to distract us from the pressing issues of the day and of the current Presidential campaign.”

UPDATE: After the official statement was released, Mills published a statement in a series of tweets on behalf of frontman Michael Stipe, who presumably does not tweet: "Go fuck yourselves, the lot of you--you sad, attention grabbing, power-hungry little men. Do not use our music or my voice for your moronic charade of a campaign."--Michael Stipe

Next time, maybe Trump's campaign can consult this handy list of artists who won't recoil from being associated with right-wing candidates. You're welcome!