Buzz Aldrin: The American people "have lost their enthusiasm" for space exploration 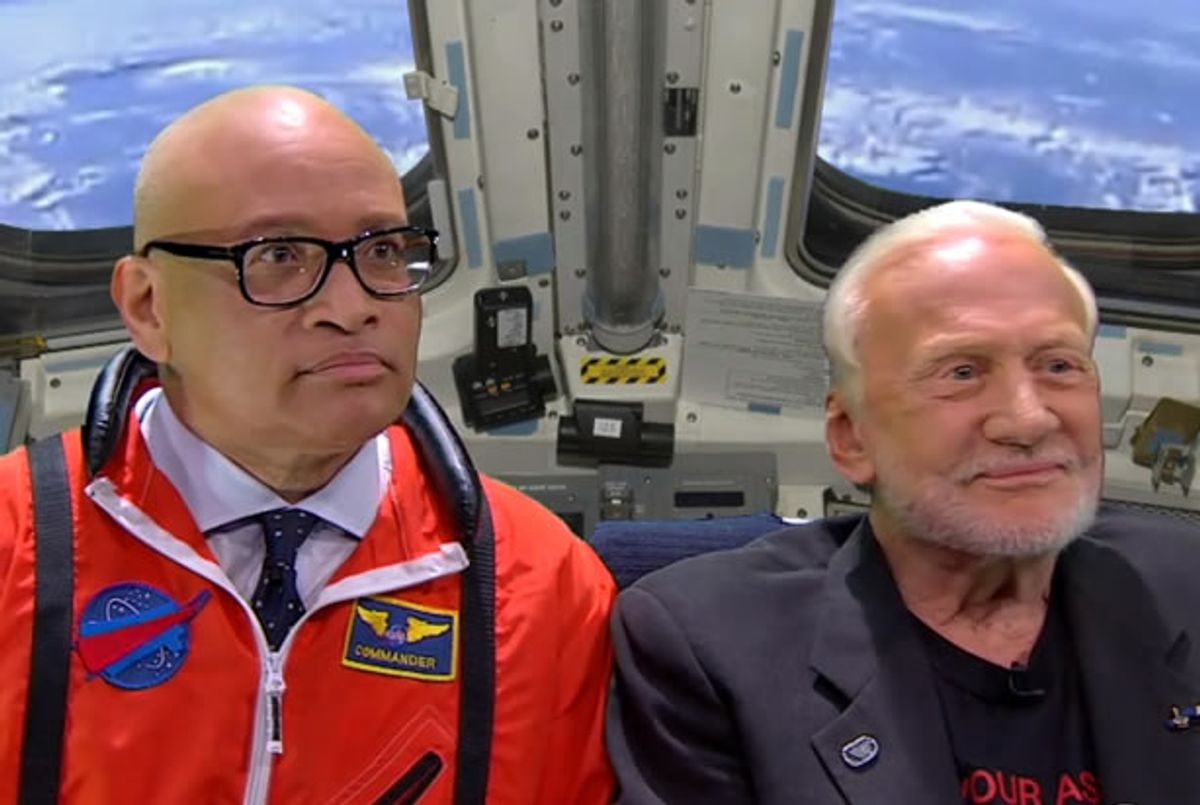 On Wednesday night's edition of "The Nightly Show," host Larry Wilmore introduced a new segment called "L-Dub's Book Club...Space," and the first book he discussed on it just happened to be former astronaut Buzz Aldrin's "Welcome to Mars: Making a Home on the Red Planet."

"This is a normal book club segment that we’re starting tonight that just happens to be set in space," Wilmore said. "Because like I said, I love space and we have the budget for it."

"Welcome to Mars," co-written with Marianne Dyson, is intended to inspire the next generation of space explorers, because the enthusiasm for it among children is currently "ho-hum," according to Aldrin.

"We can't even get up there anymore," he added, "we have to pay the Russians!" Aldrin explained that this is because of an enthusiasm gap.

Wilmore later asked Aldrin to "Keep it 100" on the subject of extraterrestrial life. "Did you see anything when you were up there?"

See his answer, as well as the entire interview, below via Comedy Central.