Fall TV Preview: For those who aren't live-tweeting Shondaland Thursdays, there's also a "Heroes" reboot and a new hockey bro-comedy from Denis Leary

Here’s what to watch on Thursdays this season, including "How to Get Away with Murder" and Jane Lynch as an angel 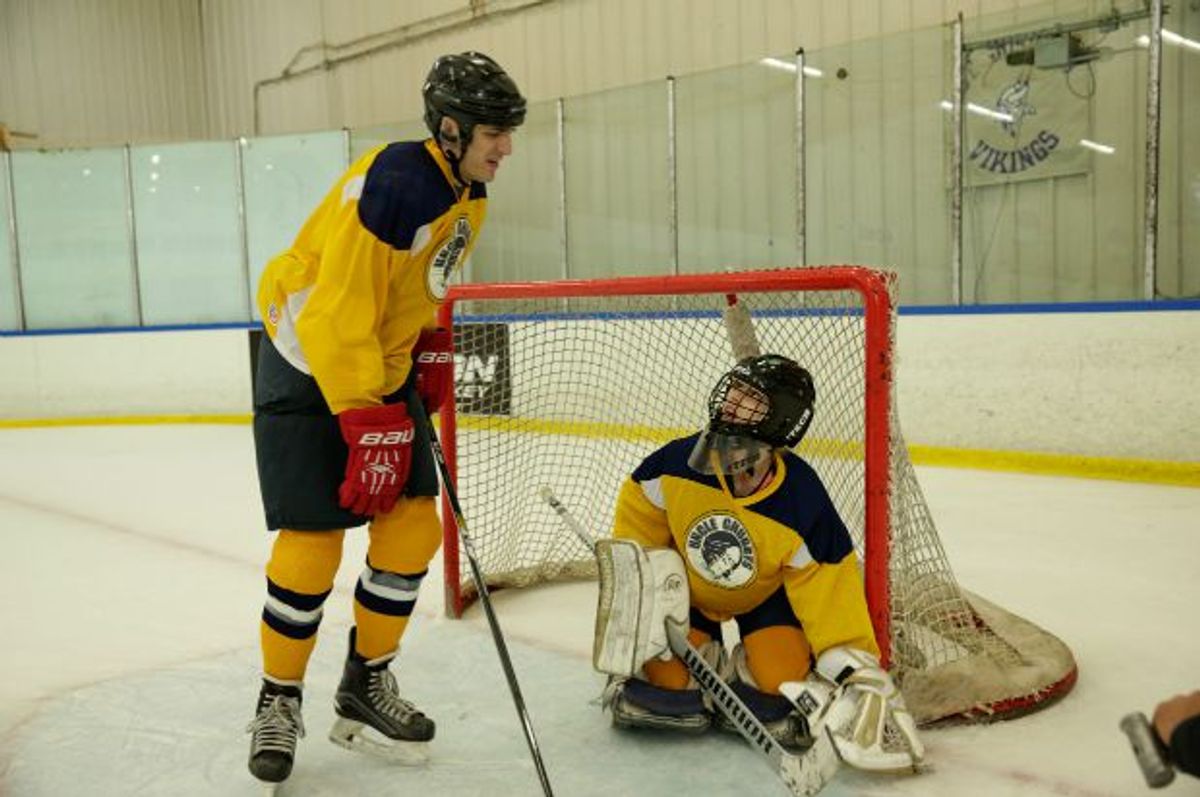 ABC’s Thank God It’s Thursday (“Grey’s Anatomy,” “Scandal,” and “How To Get Away With Murder”), 8 p.m. on ABC. Returns September 24.
There’s no discussion of TV on Thursday without acknowledging the ratings and critical juggernaut that is TGIT, which sweeps Thursday nights for ABC and dominates Twitter conversation for the evening. By this point, you probably have a sense of whether or not you’re into the melodrama of Shonda Rhimes' shows, which will dictate if and when you’ll be tuning in. I’ll be paying particular attention to “How To Get Away With Murder,” whose first season nabbed Viola Davis an Emmy nomination. Its debut had the advantage of setting a scene and revealing one big, twisted mystery; the second season could continue the suspense or lose the thread. Either way, though, TGIT is reliably gripping stuff, engaging both with plot twists and sudden reveals as well as loading its subtext with commentary on race relations, queer identities, and feminism.

“Heroes: Reborn” 8 p.m. on NBC. Debuts September 24.
“The Blacklist,” 9 p.m. on NBC. October 1.
“The Player,” 10 p.m. on NBC. Debuts September 24.
Over the ashes of NBC’s once-unstoppable Must See TV, the network has pivoted from sitcoms to action-packed dramas. “The Blacklist” is as close to a hit as NBC has had in ages, and much of that is due to star James Spader’s charisma. The same producers are trying a similar formula with “The Player,” which like “The Blacklist” is led by two actors with very different appeals. Wesley Snipes is in the Spader role, as the charismatic, mysterious, big-name actor; Philip Winchester is in the ingenue’s role, playing the every-person protagonist. Much like “The Blacklist,” too, the plot makes almost no sense—it hinges on the unseen ultra-wealthy of the world betting on how crime will turn out, but then some people game this system. Snipes will be a reliable draw, but it's hard to imagine this lineup really competing with TGIT.

The real wildcard here is the “Heroes” reboot, which picks up five years after that show’s finale to try to resolve some of the many outstanding plot questions that dangled after its fourth and last season. “Heroes” latter seasons were panned by critics, so the reboot doesn’t entirely inspire confidence. But the trailer presents a very pretty world, at least, studded both with newcomers and returning characters, all of whom presumably share the same birthday.

“Sleepy Hollow,” 9 p.m. on Fox. Returns October 1.
After the enormous fun of season one, last season of “Sleepy Hollow” suffered a sophomore slump. Despite a critical fall-off, it was still renewed—and the creative decisions around season three have incited mixed reactions in the show’s fans. For a genre show, “Sleepy Hollow” has a lot of mainstream traction; the third season will be a case study either in how to maintain that goodwill or how to lose the faith of your fans. The casting of Shannyn Sossamon and Nikki Reed suggests that the show will be moving away from its established black characters—a worrying and kind of sad development, honestly, after the death of Orlando Jones’ and John Cho’s characters. I will be watching season three closely.

“Benders,” 10 p.m. on IFC. Debuts October 1.
If the splashy drama of Shondaland doesn’t draw you, IFC has a new comedy from Denis Leary on Thursday nights about a group of guys who are a little too obsessed with their amateur hockey team. As is trademark for anything from Leary, it’s working-class dude fare—occasionally sharp, but more regularly, a carnival of crass bro humor. Come for the vague suggestion of self-awareness that wafts in every few episodes; stay for the dick jokes.

“Angel From Hell,” 9:30 p.m. on CBS. Debuts November 5.
“Angel From Hell” has a lovely cast, but a tortured premise: Jane Lynch plays a young woman’s guardian angel and chooses to intervene in her increasingly messed-up life. The woman, played by Maggie Lawson, is an ambitious but deluded young professional; Lynch’s rather unlikely angel is a kooky, hippy type who does a lot of embarrassing but well-meaning yelling. I’m too much of a killjoy to get very far with a guardian angel premise—you get into unresolved moral territory about heaven, God, and the nature of suffering rather quickly—but Lawson and Lynch are surprisingly good together. Lynch is so vibrant she can chew the scenery, but Lawson offers a groundedness that is a nice counterpoint to her off-the-wall repartee. It could be a fun buddy comedy, as long as it steers away from crappy Hollywood theology.