The Posies co-frontman's solo album offered solace after the 2001 attacks, and continues to feel relevant today 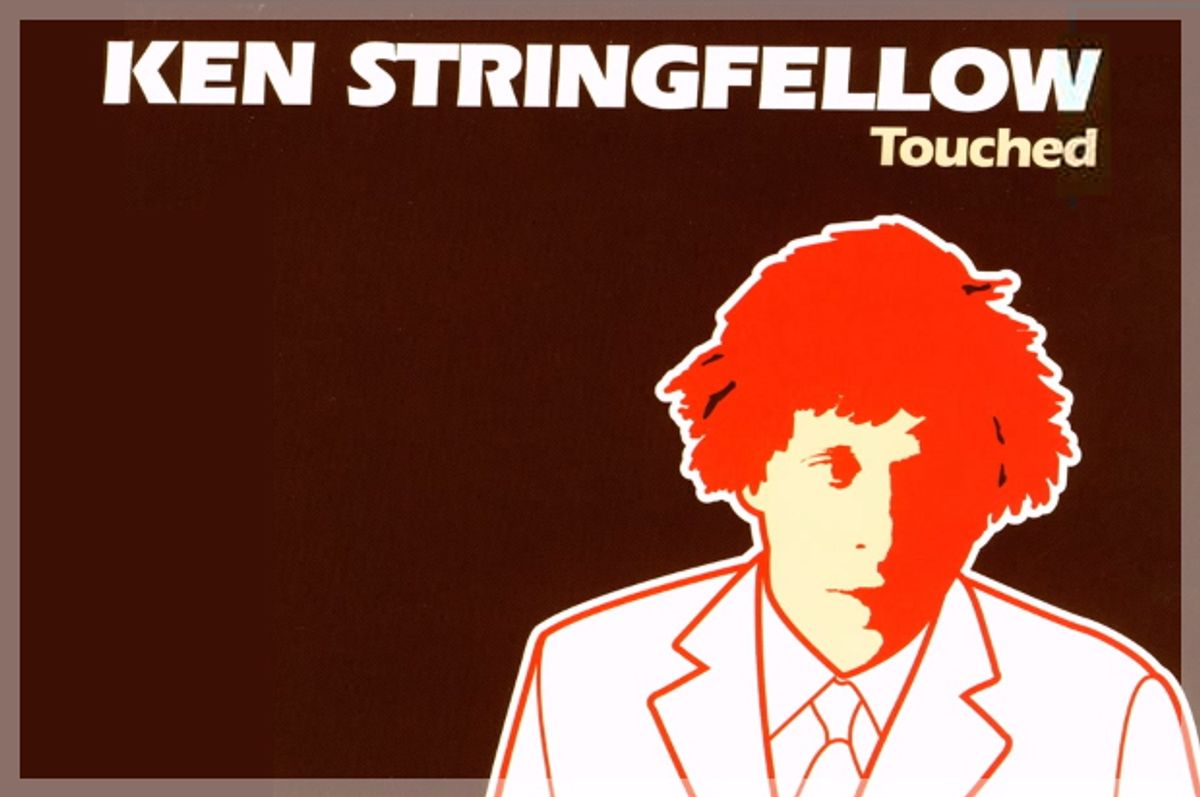 This article originally appeared on PennLive.

This Friday morning marks the 14th anniversary of the Sept. 11, 2001 attacks in Lower Manhattan and Washington D.C., as well as the act of tragic heroism that resulted in United Flight 93 plunging into a field in rural Somerset County.

And while I'll be watching, along with most every other American, the commemorative events that mark this somber day, I'll be re-engaging in a tradition of my own.

At some point today, I'll plug my headphones into my laptop at work and listen to an album called "Touched," by Ken Stringfellow, a co-frontman of the Seattle-based power-pop band The Posies.

The mournful, 11-song collection was never far from my CD player in those awful days after the attack, when it seemed like the whole world had been overtaken by silence.

The cars coming over the Harvey Taylor Bridge, I vividly remember, didn't seem to make noise. The air was eerily still. And even turning up the TV too loudly seemed a kind of sacrilege.

We were angry, hurt, saddened, shocked, and, in the midst of it, lacked the language to adequately give voice to what we were feeling.

And as someone who has family in the area, and whose girlfriend, now wife, had family in Lower Manhattan that day, the attacks struck a deeply personal chord.

As is so often the case in times of trial, I took refuge in music, as  so many of us did.

If you're a rock fan of a certain age, you probably remember The Posies because of their single "Dream All Day," off their 1993 album "Frosting on the Beater."

The song's crunchy guitars and undeniable hook were a key part of the alt.rock wave sweeping radio at the time. The voices of Stringfellow and partner Jon Auer, high, sweet and pure, help make the song what it is — a classic. With its subdued guitars, melancholy keyboards and Stringfellow's soft and gentle vocals, "Touched" was about as far from The Posies' exuberant pop-rock as you could get. And it was perfect for the time. Its songs are a prayer for redemption.

The CD's opening track, "Down Like Me," is a song about suicide; its lyrics touch on the temptation to surrender to despair. And they make note of a loved one missing from our midst:

"We'll keep an empty place at dinner forever," Stringfellow sings. "And I'll maintain an empty chair so you can sit in and we'll never grow old together."

I knew full well what the song was about at the time — it was an ode to a lover who'd taken her own life. But as I listened to it, it occurred to me that it could just as easily have been written for all those families who'd been left behind, the ones who'd set places at the table, and wait for front doors to open, only to have loved ones never come home again.

I listened. Over and over and over, every Sept. 11 for years. The songs became a part of me.

The album's majesty was magnified for me when I read a review of Stringfellow's solo show at Mercury Lounge in New York City a mere nine days after the attack. It appeared in the venerated rock magazine, The Big Takeover, where I was a freelance writer and reviewer. Editor Jack Rabid's evocation of Stringfellow, eschewing a microphone and amplifier, and instead playing his soulful songs fully acoustic to a shellshocked crowd longing for comfort, has stuck with me all this time.

If you play music, and have played in bands, as I have, then you know that those moments are little miracles. It's the rare and perfect connection between artist and audience that leads to something transcendent.

In a later interview with Rabid, Stringfellow spoke at length about how the songs on "Touched" changed in meaning after the attacks, and how some, which dealt with spirituality and religion, helped explained a clash in cultures.

"In retrospect of those events, the song started to take on extra poignancy," he said. "And then there are these images in ["Sparrow"], like, "The arrow winds in two wounds deep," which really struck me as odd.

"Other things like that also came up," he continued. "I had to wonder, as if this record had been written to come out on that day. If you didn't know when I wrote the record, you could have easily thought I wrote it about those times."

For me, listening at that time, it certainly seemed as if that was the case.

And then I didn't listen to "Touched" for a long time. And it happened for much the same reason that I had a hard time looking at photographs from the attacks.

With the passing of years, first five, and then 10, the visceral horror of those days receded.

And while 9/11 was something we all talked about -- it remained the backbone of a decade-plus of American foreign and domestic policy -- the need to move on from it, as you eventually move on from any loss, also became a pressing one too.

Then, about six months ago, I picked up "Touched" again and gave it a real listen, one largely free of the emotional and psychological baggage that it had been encumbered with since my early 30s.

I listened and expected to be disappointed. It couldn't be as good as it was in my memory. Few things that are important to us in youth remain unblemished forever.

But it was. The music remained achingly beautiful. And the lyrics were just as powerful as I recalled.

And one track, in particular, leaped out at me.

"Despite what you have heard, you cannot cage this bird," Stringfellow sings on "Sparrow" - the track he discussed in that interview from more than a decade earlier. "The sparrow on the wing wants to hear you sing," he continues. "Once you have opened your heart to its church, you'll find that this sparrow won't' come to its perch."

Listening back, with the benefit of the years and a decade's more of wisdom, the sadly triumphant lyrics seem like a celebration of the human spirit. We were bent after the 9/11 attacks. But we weren't broken. The bird couldn't be caged. It still sings. Stringfellow may not have intended it this way, but in "Touched," he created a survival guide for many of us who lived through that time.

And I'm thankful for it.