"Freeheld" director Peter Sollett on marriage equality and the ongoing fight for LGBT rights: "I hope this film reminds us why it’s important to protect this" 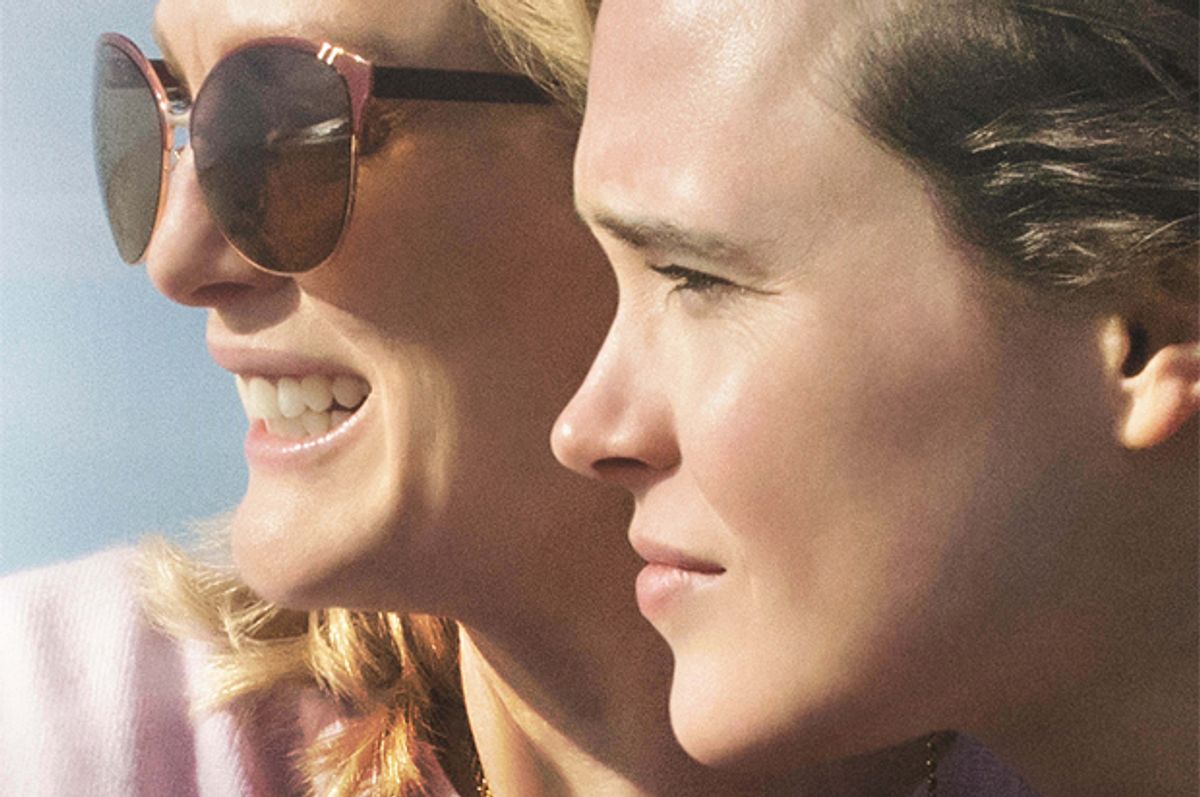 One of the buzziest films at this year's Toronto International Film Festival is "Freeheld," Peter Sollett's biopic about Laurel Hester (Julianne Moore) and Stacie Andree (Ellen Page), a lesbian couple who fought a landmark battle against Ocean County, New Jersey's county legislature to allow Laurel to transfer her pension benefits to Stacie after she was diagnosed with terminal cancer in 2005.

While the film is powerful in its own right, there are a number of real-life events that make the experience of viewing "Freeheld" particularly profound: June's SCOTUS' historic marriage equality ruling, as well as the fact that co-lead Ellen Page came out while shooting the film, making her one of the very few (if not the only) openly gay actresses to play a gay character in a major Hollywood film. We sat down with Sollett to talk about the process behind the film, Ellen Page's historic coming out speech, and the future of gay marriage in this country.

The following interview has been lightly edited and condensed.

What drew you to this story?

What drew me in was Ron’s amazing script. I found it to be one of the most moving love stories I’d ever read. And Ellen Page was attached to it when I read it and I thought: This is going to be fantastic.

When you signed on to make the film, how much were you thinking about the current political landscape surrounding gay marriage?

It was very much in our minds in different ways at different times. While were making the movie it seemed that the Supreme Court was not going to be able to avoid this case, and we didn’t know how they were going to take it or how they were going to roll. And we thought that either we were going to have a film that dramatized the reasons we needed marriage equality in the country, or we were going to have a film that reminded everybody how it was the activism of thousands of people over many years that turned the country toward marriage equality and reminded us why we need to defend it. In both ways, a movie worth making and a movie we would be proud of.

In making the film, did you have any hope or intent to change the opinions of viewers who may not have been on board with gay marriage?

I didn’t, and I didn’t want us to be trying to persuade people. I think if our agenda was to persuade people to adopt a certain position on an issue then we ran the risk of making a film that was didactic and ultimately that people resisted. Our agenda was to make a beautiful love story. And we felt that if the audience invested in that love story then they would support the concept that [their] love is as equal as any other.

Julianne Moore and Ellen Page had such a powerful onscreen dynamic. As a director, how did you help them foster this onscreen relationship?

Julianne Moore’s last TIFF film, “Still Alice,” where she also plays a character with an illness, won her the Oscar. Do you have awards on the brain at all?

Not really. I didn't know about “Still Alice” — I knew she had made a film before our film but I didn't know the guys who made it — I didn't know what the story was while I was shooting. And I was like, oh, uh, hmm, interesting, in good ways and… we’ll see. And we were cutting the movie and she was at the Oscars and we were texting and it was all very exciting, and then she won, and it was great for her and great for our film and hopefully more people will see it and enjoy it.

How important was it for you, and for Julianne and Ellen, to portray Stacie and Laurel accurately? Were the characters in the film very close to real life, or was there some artistic license there?

They’re pretty close. I mean, obviously when you distill a whole life down into a few hours you emphasize certain aspects of peoples’ characters so you can tell the story in a concise way. But both of those actors did extensive research with the real-life characters and their families and did the very best to render them in a way that was accurate.

Ellen Page has said that working on the film was what ultimately made her decide to come out. What was that experience like on set?

It was really fascinating. Ellen is a hero of mine; I think she’s demonstrated an unbelievable courage to present herself as herself while being revered for presenting herself as other people in films, which is fascinating and complicated. And when we started to talk about the movie she was in the closet, although I sort of suspected that maybe she was in the closet. It came out very early on in our early conversations about making the movie, and that was moving to me. And as soon as she revealed that to me I knew how personal it was going to be for her, and the challenges it would bring to her. And it was not clear whether she was going to come out and what that was going to have to do with this movie, if anything, or even if it should.

So then she came out about six months before in that wonderful, gorgeous speech. And I was very, very happy and proud of her and admired that, and thrilled that people seemed to be so impressed and proud of her as well. And that’s great. But then, of course, and you should talk to Ellen about this, the feelings and experience of being out — coming out is not the end, it’s the beginning. And it was wonderful to see, for example in the first week, Ellen begin to play Stacie, because it’s thrilling to make the film, because I think Stacie’s story should be in a film, but also because Ellen was then an out actress playing an out character in a mainstream Hollywood movie. And as we were shooting these scenes, even if they weren’t particularly complex scenes, we always felt we were doing something original, and something a bit groundbreaking. And we were talking on set and saying, can we think of another film where there's an out actress playing an out character in a mainstream American movie? And I think that's why we were feeling that, what’s different about that.

And I was asking [Ellen], how is this feeling? How are you feeling about giving this performance? And she told me — and it was very moving to me — she said it was the best experience she’d ever had making a movie, and I think that’s because she was being so honest.

There have been pretty limited representations of gay women onscreen. I think it was Julianne who pointed out in an interview that lesbians never had their “Philadelphia.” Why do you think these sorts of onscreen representations are important, and did the scarcity of these sorts of films add any pressure on set?

I didn't feel pressure from that angle. I felt a more personal responsibility to the people that lived these experiences, and I hoped that people would categorize it alongside complex, ambitious films about gay men, of course. Ellen and I discussed that there hasn't been a female “Brokeback [Mountain],” and there’s a few films like that, “Philadelphia” is one, by Ron Nyswaner, who wrote our film. Of course, it’s a perfect film.

The world needs [films about gay women]. And for a few reasons. One is simply equality and diversity, but also tolerance. One of the things movies can do is introduce you to characters that, at the beginning, you don’t think you have anything in common with them, or you resist them because they feel too different from you, and over the course of a movie, sometimes you realize that a character you didn't think you had anything in common with at all you have everything in common with. And by the end of the film, you can feel like, if it really works, you are that character. And to be able to do that with somebody who maybe you wouldn’t immediately relate to, I think breeds tolerance in the culture.

With the recent Kim Davis flap, we’re seeing that the SCOTUS decision obviously did not end bureaucratic bigotry against same-sex couples. Do you think gay marriage will continue to be attacked in big and small ways in the same way that Roe v. Wade has?

I hope for the best, but I plan for the worst. I think social change invites backlash. I think that’s what you’re seeing with this woman. I can’t tell where it's going to come from, but I'm sure it will, and I hope this film reminds us why it’s important to protect this. I think we know that there’s still not equality, you can still lose your job, lose your home, and equality doesn't end with LGBT people. It’s a long way for our culture and our society to go from here. We need to defend this and keep moving forward.