Guys, are you squeamish about prostate play?

Think it's only for gay men? Maybe it's time to erase the stigma around heterosexual prostate massage 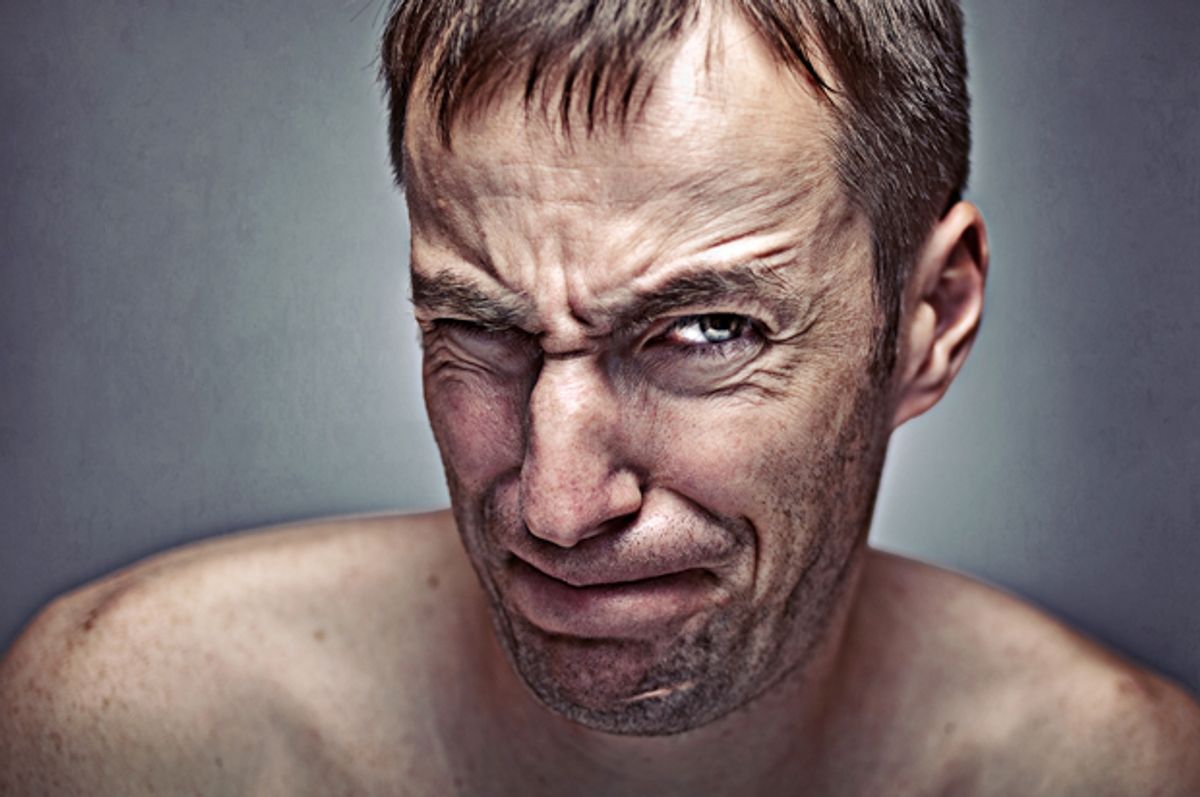 According to a survey conducted by Swedish sex toy manufacturer Lelo, 80 percent of women said they would perform a prostate massage on their partner, if asked. The same survey found that 71% of straight men have tried — or would try — a prostate massager. With numbers like these, it’s hard to imagine how prostate play hasn’t yet entered into more discussions surrounding heterosexual sex. Of course, things dubbed taboo rarely make it into the mainstream.

The prostate, a walnut-sized gland that swells when aroused, is located at the root of the penis, just below the bladder. While it is possible to stimulate this area externally, via the perineum, others prefer a more direct approach, via penetration. But that poses a problem for some guys in the heterosexual camp. It seems some guys have a hard time giving up their role as the penetrator and stepping into that of the receiver. And if they are willling to experiment with this kind of play, it doesn't seem like they're talking about it much.

AlterNet spoke with Billy Procida, comedian and host of The Manwhore Podcast. He told us, “There are plenty of straight guys who like prostate play but are afraid to tell their pals, because no one else has talked about it. They think, ‘that will be weird, I don’t want to be the first one to say it, so I’m just going to pretend I don’t like it.’ If Brad Pitt came out and said, ‘Yeah sometimes Angelina straps it on,’ maybe a few more guys would start talking about it. It’s just about having more open and honest conversations about sex.”

For a lot of men, the word “prostate” is more likely to be followed by the word “examination” than “play.” But sometimes the two can work together. Prostate massage can help alleviate erectile dysfunction, reduce pain from prostate swelling, cleanse toxins from the reproductive system and protect sperm for those trying to conceive. There are even those who report firmer, thicker erections from prostate massage. There are a lot of perks to prostate play that belong on the health side of things. But let’s jump back to sex.

Some have dubbed the area the "male G-spot."

It sounds promising, but for a lot of other guys, prostate play is a pretty good example of something easier said than done. It’s not always comfortable, after all, introducing new and unfamiliar forms of play to a partner. So maybe don’t start there.

For those looking to use something other than a household item when exploring their prostate, a variety of products exist on the market. In attempts to dismantle the myth that prostate massage is “only for gay men and that it should only be done for health reasons,” Lelo launched three new male sex toys (aptly named Hugo, Bruno and Loki).

Of course, introducing prostate play into a partnered environment can be just as much fun. Billy Procida says, “I prefer partnered, during intercourse, because I’m inside of someone. I’m already in the best position most heterosexual men will ever be in — I’m inside of someone and I’ve also got someone inside of me. I mean, stimulating the prostate feels amazing on its own. But there’s also a psychological aspect, having a woman fuck me.”

Erotica author Gray Fisher told AlterNet, “It plays into my fetishes. I consider myself a submissive, and the idea of having my prostate massaged by a dominant woman excites me greatly. When I do this alone, I feel vulnerable and sexually ‘used,’ even though I am doing it myself. I frequently fantasize that it is being done to me by a woman, or even multiple women.”

“I think many men secretly have a desire to try this. It’s just about finding the right woman to help.”

Procida believes sex education is the key to erasing the stigmas surrounding heterosexual prostate play. He says, “All stigmas can be combatted with education."