The Donald Trump scandal he wants you to forget: Inside his despicable scheme to prey on the poor & make himself richer

It's not just Trump "University": The Donald has an extensive history of exploiting the vulnerable and marginalized 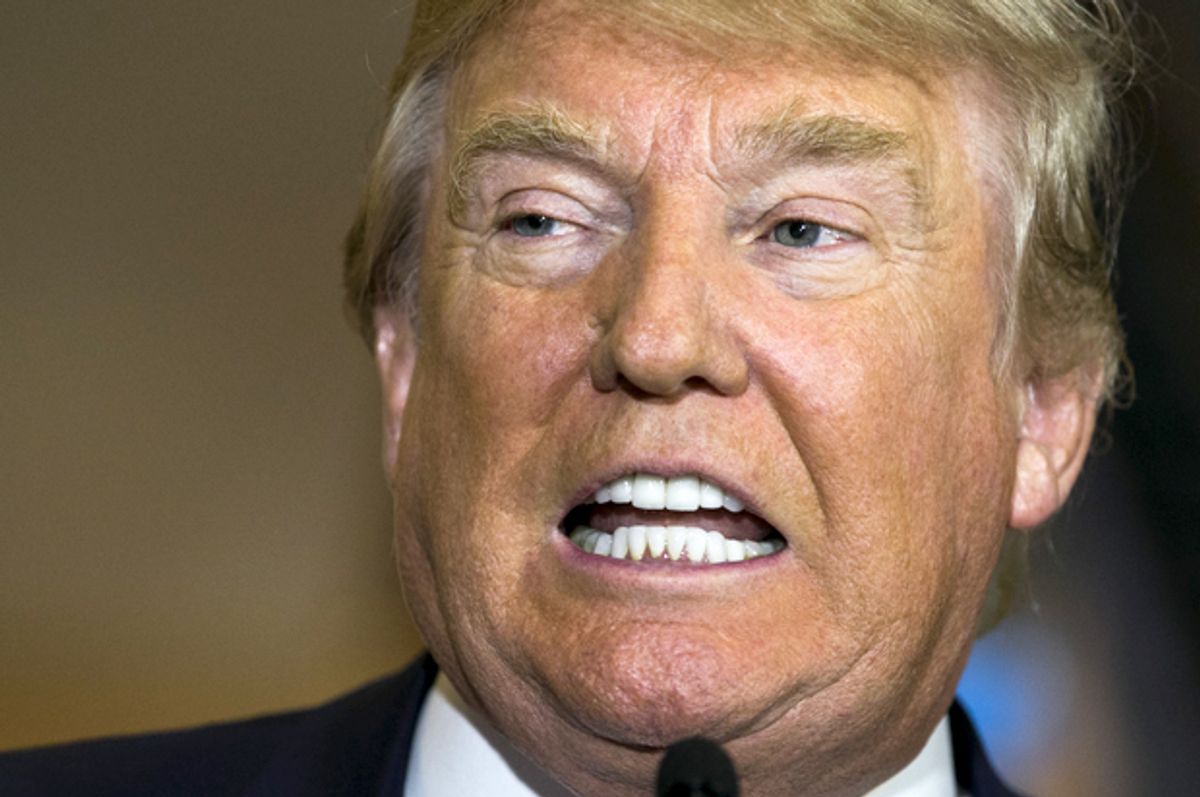 In a small apartment in downtown Kansas City, Kansas, I sat with my notepad and watched three hardworking single moms watch a video of Donald Trump. “The Trump name and success have really become one and the same,” he said, looking straight out from the screen, shaking his famous finger. “The two things I’ve mastered over the years is understanding the importance of timing in business and the ability to recognize great opportunities. So, I’m here to tell you about a company that provides these two essential components for success.”

The company was ACN, an investment opportunity that, in his words, is “probably even better than real estate.” He added with a shrug: “I like real estate, but this is probably better.”

Before Trump appeared, the video had shown dollar signs circling the screen, diving into bank accounts to show how that as you build an ACN customer base, and your customers, in turn, bring in even more customers, money will flow your way, as much as $8,000 a month. “Now, imagine if you could have half of that, or even a tenth of that,” the narrator said. “Would you like that?”

The women watching had smiled and nodded at that, and now Trump was moving in to close the deal: “ACN has a reputation for success. Success that’s synonymous with the Trump name. And you can be part of it!”

The video ended, and the two women on either end of the couch, both ACN affiliates, turned to the one in the middle and asked if she was ready to sign on.

She was. From the look on her face it was obvious that this was a break she’d been praying for. But when they told her she’d have to pay $499 to join, her face fell.

They pressed her to invest in her future, for herself, her children, for god. She sat with her head down and her hands clasped between her legs, ashamed.

She had no car, so I gave her a ride home. We drove past storefront churches with hand-painted signs and houses with boarded windows to the Quindaro, a neighborhood of tiny old houses that most Kansas Citians only knew from the ten o’ clock news reports on shootings and fires. She stared out the windshield and wore a look of shame and loss, as if she’d just missed out on her life’s one big opportunity.

This was one of the most heartbreaking experiences in my career as a journalist. I was working on an in-depth story about a mixed race church in Kansas City, and one of the ACN affiliates who co-hosted the gathering was a main subject (I’m not naming her or her friends here because my aim is to call out the perpetrator, not the victim). By almost all measures, she was a saintly woman: a leader in the church’s singles ministry, there every Sunday morning and Wednesday night with her four sons, whom she not only raised by herself but homeschooled. To survive, she worked three jobs, not counting ACN, upon which she laid hopes of quitting those other jobs to give every waking minute to her sons, to her brothers and sisters at her church, to herself and to God.

I’d been to two earlier ACN meetings with her, both of which used the Trump video to close the sale. At the first, I was impressed. I had a vague sense that changes in the telecommunications industry had opened new possibilities, so here might be the rare case where “too good to be true” actually is true. But when I later looked into the company, I found scores of lawsuits and regulatory actions against them for running what amounts to a pyramid scheme.

At the second meeting I attended, after they’d shown the Trump video, as the other guests filled out their applications and opened their checkbooks to buy in, I read the fine print on the promotional materials. It referred to a document called the “Contract Agreement,” and I asked to see a copy. The person running the meeting reluctantly dug out of his briefcase a photocopied sheet of paper covered on both sides with even smaller print and handed to me.

It was a tangle of legalese, but the numbers showed that the $8,000 a month mentioned in the video is based on a 10-percent commission that kicks in only when a business associate amasses and maintains an impossibly huge customer base. Before that, it’s below 0.2 percent.

So when the video throws out the number $8,000 and asks prospective affiliates, “would you like” to earn “half of that, or even a tenth of that,” it might not be an outright lie, but it’s misleading in the extreme. The real money comes with acquisition bonuses. When enough people to sign up and pay the $499 franchise fee, ACN cuts a “bonus” a that’s actually a commission on the sale of nothing.

My experience with Trump and ACN occurred nine years ago. The story I was working on, a book project, fell through, and I moved on to other stories, but Trump continued endorsing ACN, giving speeches several times a year at their convention, and even promoting the company – twice – on his TV show.

Now he’s running for president. After he released his financial statements this summer, The Wall Street Journal asked him about the millions he’s made from ACN. Immediately he had nearly all traces of himself removed from their website. “I know nothing about the company,” Trump told the paper. “I’m not familiar with what they do or how they go about doing it, and I make that clear in my speeches.”

Coming from the man who said his name is synonymous with the success and that ACN is synonymous with success that’s synonymous with his name, this is a blatant lie, and the truth behind it reveals something very dark in his character. At best, it shows that he’s for sale. Worse, it betrays an utter disregard for those who would trust him, hardworking Americans who only want a tiny fraction of the prosperity he’s enjoyed. Either way, he’s unfit to lead this nation.

Not long before I moved on from the church story, I followed the ACN affiliate to California for one of the company’s conventions. Registration cost her $150, and of course she had to pay her own travel expenses. It was just one of four conventions she attended each year. She also paid $149 a year to renew her affiliation, and hundreds more for training and promotional materials and recruiting events. Over the course of a year  she received a handful of checks from ACN, each for less than $2. But after a day of motivational speeches and thousands of ACN affiliates filling the arena with pep-rally rowdiness, she was ecstatic. “This is like my revival four times a year,” she told me.