Santorum and Jindal insisted that the Supreme Court isn't supreme, and vowed to defy its dictates 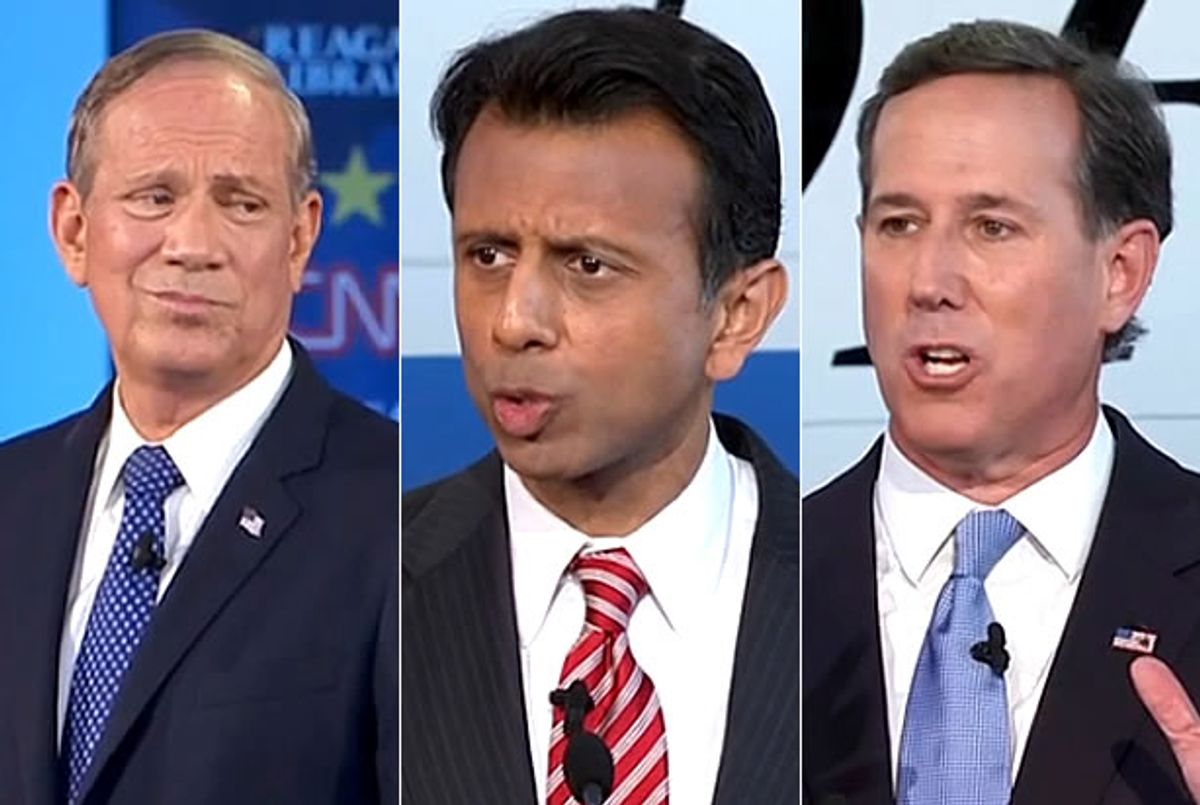 Jake Tapper asked the undercard candidates about the plight of Kim Davis, the Kentucky clerk who is still refusing to issue marriage licenses, and Rick Santorum and Bobby Jindal insisted that she is well within her rights to do so.

Santorum began by comparing Davis to Cassie Bernall, the Columbine victim who was allegedly shot and killed -- and later celebrated by evangelicals -- for her Christian beliefs. He later compared her to Martin Luther King, Jr. and his "Letter from a Birmingham Jail," asking "how many bakers, how many pastors, how many clerks, how many people are we going to have to throw in jail because they stand up and say 'I can't stand up and violate my faith'?"

The former Pennsylvania senator tried to object, but Pataki just continued explaining to him how the three branches of government actually work.

Louisiana Governor Bobby Jindal interjected at this point, saying he had "a practical question" -- which consisted of him wanting "to ask the left to give us a list of jobs that Christians aren't allowed to have. We're not allowed to clerks, bakers, pastors, elected officials anymore?"