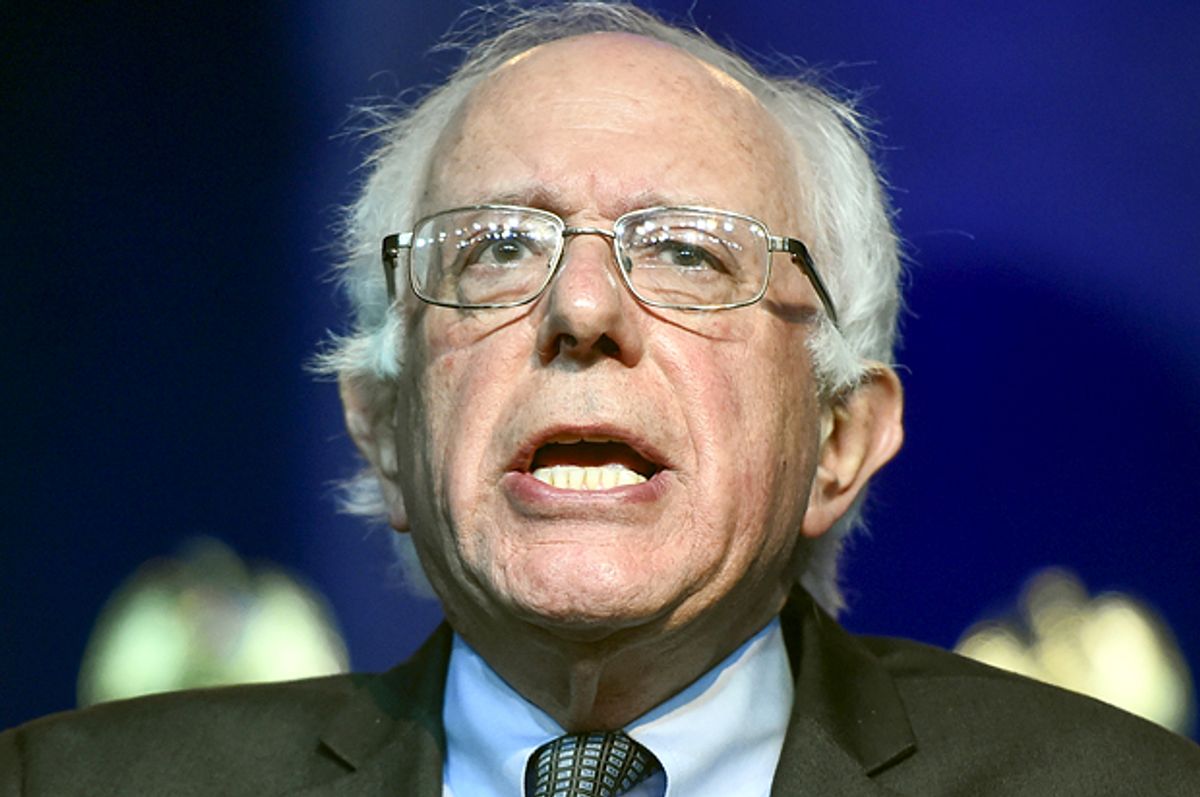 Bernie Sanders just made good on an early campaign promise and introduced a bill in the Senate to outlaw what he called the "morally repugnant" practice of incarcerating Americans in private prisons and called for the reduction in the nation's prison population.

On Thursday, the Vermont independent introduced The Justice Is Not for Sale Act which bars the federal government from contracting with private companies. Sanders' bill was introduced as a part of a package of legislation sponsored by Reps. Raúl M. Grijalva of Arizona, Keith Ellison of Minnesota and Bobby L. Rush of Illinois, aimed at making important criminal justice reforms including increased oversight on the predatory banking and telephone services for inmates.

In August, after a couple of high-profile interruptions of Sanders' campaign stops by protestors affiliated with the Black Lives Matter movement drew scrutiny to Sanders' appetite to discuss racial justice , the candidate began telling his supporters that he planned to introduce legislation banning private prisons -- a practice he's long opposed.

Sanders said “it makes no sense” that “America has more jails and prisons than college and universities.” Calling the growth of prisons in the United States “unacceptable,” Sanders said “it makes more sense to be investing in our children, making sure they stay in school, making sure they get the mentoring they need, rather than simply locking them up.”

"It is a national tragedy that a disproportionate number of those who are in jail are black and Hispanic," Sanders added.

The United States needs “bold changes in our criminal justice system,” Sanders said, arguing that it was “time to start treating prisoners like humans.” Private corporations, Sanders said, “should not be profiting from their incarceration":

We cannot fix our criminal justice system if corporations are allowed to profit from mass incarceration ... Keeping human beings in jail for long periods of time must no longer be an acceptable business model in America. We have got to end the private prison racket in America. Our focus should be on treating people with dignity and ensuring they have the resources they need to get back on their feet when they get out.

As Sanders notes on his Senate website, of the nearly 1.6 million people in federal and state prisons in 2013, 8.4 percent were in private prisons.

Sanders' bill would also end the detention of immigrant families apprehended at the border.