The GOP debate was a chaotic disaster: Why CNN's most watched program ever was also completely ridiculous

Jake Tapper & co. did their best to avoid the pitfalls of the Fox News debate. Only problem? They whiffed badly 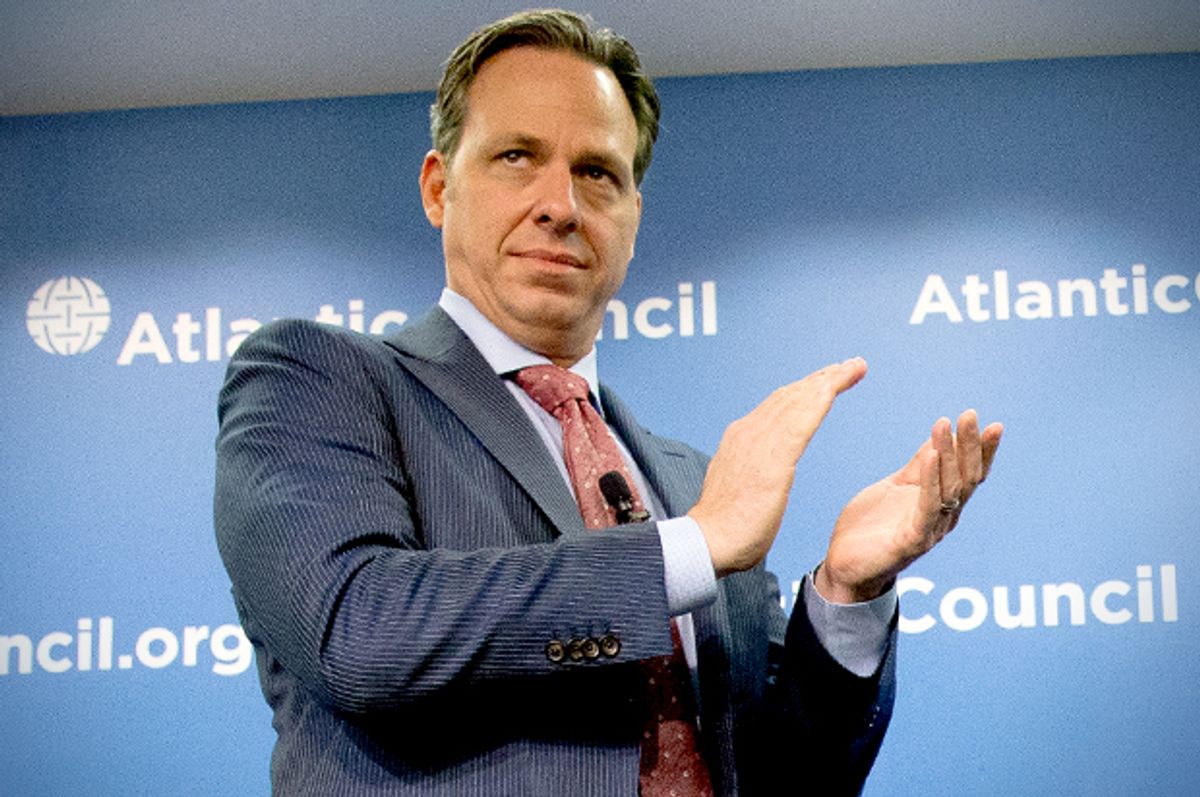 Jake Tapper is probably the best anchor on CNN. He asks smart, unexpected questions, he brings on a more diverse crew of guests than most of his colleagues, and he mostly avoids the cartoonish sensationalism that infects so much of his network's programming. He was a natural choice to moderate CNN's Republican presidential debate on Wednesday.

Tapper had a very difficult job. Steering 11 different politicians through a debate is a daunting task, especially when you only really want to concentrate on a few of them. (Does anybody really care about what Ted Cruz thinks?) You have to ensure that everybody gets at least some opportunity to make themselves heard, and you have to ensure that the whole thing doesn't go off the rails. In Tapper's case, he had to do all of this over an unconscionable three-hour running time.

He succeeded in the former. The latter? Not so much.

From the outset, CNN had signaled that it would take a more relaxed approach to the debate than Fox News did when it hosted the candidates last month. CNN will have watched what happened after that debate. There, moderators Megyn Kelly, Chris Wallace and Bret Baier asked the candidates a series of extremely pointed and uncomfortable questions. Result? They became the story; Kelly even got death threats after Trump went to war with her.

Perhaps mindful of this, CNN promised that it would stay out of the candidates' way and let them duke it out with each other. It delivered on that promise: Tapper and his colleagues spoke at less than half the rate of their Fox News counterparts. Some might say that this is a good thing: We're there to watch the politicians, not the journalists. But if the journalists don't follow up or try to nail politicians down, the audience loses out. We're not simply tuning in to see how Jeb Bush responds to Donald Trump's insults. We also want to know if Jeb Bush isn't telling the truth.

Tapper's line of questioning left much to be desired. Time and again, the candidates were asked explicitly to argue with each other—"Tell him why he's wrong" was a common refrain—rather than forced to mount a thorough defense of their own views. The emphasis on letting the candidates pin each other down meant that multiple whoppers went by unchallenged, with Carly Fiorina's entirely made-up horror stories about Planned Parenthood being a notable example.

The strategy also turned the proceedings into a bit of a chaotic mess. At the Fox debate, the moderators made clear that not all the candidates would get to answer every question. Tapper not only let everybody weigh in on everything, he also gave everyone a chance to reply to every mention of their name, meaning that huge chunks of time were taken up with bickering and point-scoring. The candidates took to whining "Jaaaaaaake!" like bad Marlon Brando impersonators as they pleaded with Tapper for time. More often than not, Tapper gave in. He shouldn't have.

Equally odd was the presence of conservative radio host Hugh Hewitt and CNN's Dana Bash alongside Tapper. Both were so thoroughly underutilized that you wondered why they were there at all. Bash especially made the most of her brief screen time, interrogating the candidates with a gusto that was sorely lacking in the rest of the debate, but her relegation to junior-league status was a real shame.

In the end, CNN's missteps did it little harm. It looks like the debate will be the most-watched event in the network's history, meaning that, no matter how it went, the suits will be ecstatic. But it was a missed opportunity nonetheless. Tapper will get another chance. Let's hope that this was just a rare stumble, and that he'll be back on form next time.