Over an interminable 180 minutes, vaccines & Iraq were debated between heated personality clashes. But why? 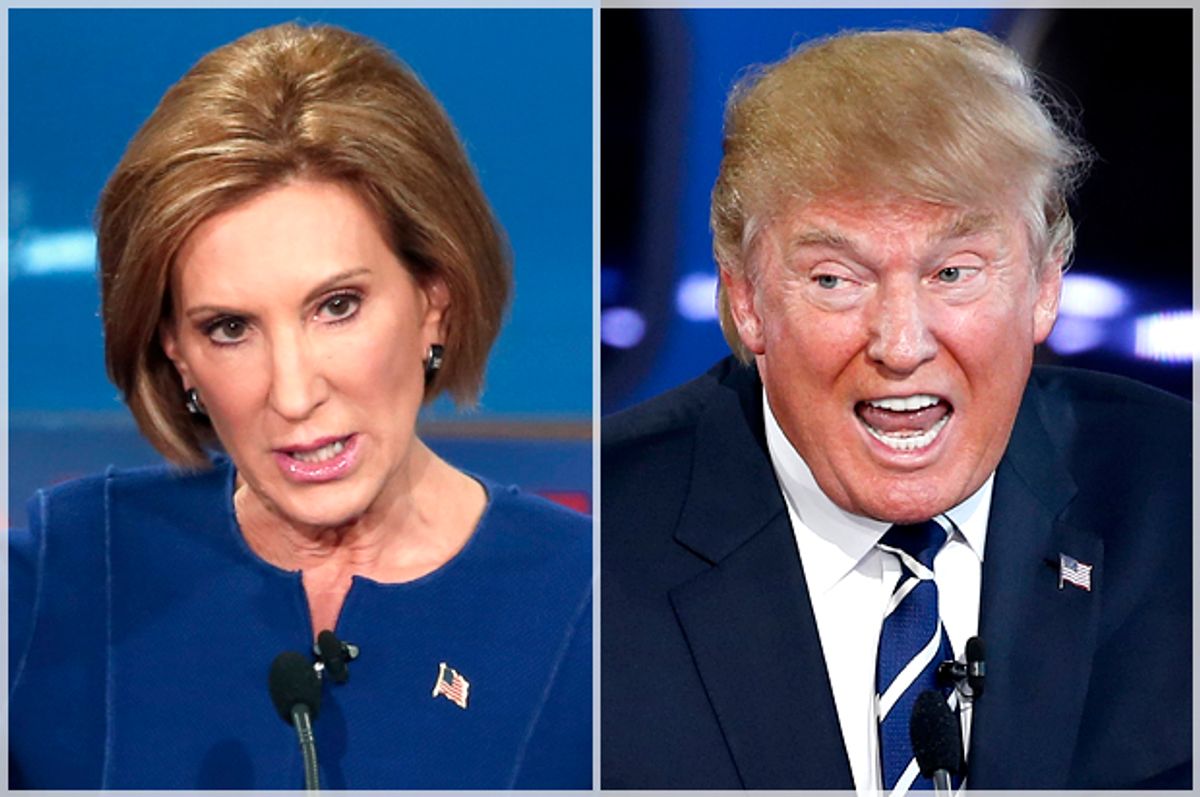 It was sometime around hour 145 of Wednesday night's Republican presidential debate that the thought set in: Perhaps this was just what life was going to be like from now on. The sun would always set in the west, water would always be the building block of life on Earth, and Jeb Bush would always be fighting with Donald Trump in front of Ronald Reagan's old airplane.

There will be lots of discussion about just who won or lost the debate, but surely everyone can agree on this: Dear God was it long. CNN's decision to stretch the proceedings to a punishing 3 hours turned what was always going to be a rather painful slog through the dankest corners of Republican orthodoxy into a grim ordeal. It was so long that by the time it finally ended, some of the candidates onstage, like Scott Walker and Marco Rubio, had taken on the air of sickly medieval patients about to collapse from consumption or the plague.

It's obvious why CNN wanted to super-size its showdown: 24 million people tuned into the last debate on Fox News, and CNN figured that it could capture some of that magic. But, despite lead moderator Jake Tapper's best efforts, the debate only served to show why Fox News is at the top of the cable news heap. Whereas Roger Ailes ran a tight ship and showed off his moderating crew to its best advantage, CNN's forum was baggy and frequently out of control, with moderators Dana Bash and Hugh Hewitt almost invisible.

Before the debate, Tapper had said that he wanted to get the candidates arguing with each other. He accomplished this mostly by using some variation of, "Candidate X: Candidate Y says that your approach to Issue Z is stupid. Tell him why he's the stupid one." The candidates, almost all of whom were looking to make their marks in a contest that is fast slipping away from them, obliged, though their efforts to get a word in routinely disintegrated whatever sense of order there was in the proceedings. "Jake! Jaaaaaake!" was probably the phrase most often heard, as one also-ran after another pleaded to weigh in. Tapper, usually an accomplished interrogator, let a string of bald-faced lies pass by in the chaos—chief among them lies about Planned Parenthood which, though they've been debunked repeatedly, are still potent in right-wing circles.

The man in the middle was, of course, Donald Trump. He was as Trumpian as ever, starting the debate by insulting Rand Paul's looks and assuring everyone that, while he didn't have any specifics about (insert topic here) right this second, he definitely would very soon and would dazzle the world with his brilliant handling of said topic.

Trump spoke the most out of anybody, but still seemed a slightly diminished presence. Perhaps that's because some of the other people onstage had decided that they might try and go after him for a change. Jeb Bush turned on the "Trump Combat" button in his mainframe and duly tussled with Trump on everything from Trump's insulting his wife to whether or not he put the kibosh on Trump's Florida casino plans. Somewhat disconcertingly, his biggest applause line came when he defended his brother from Trump's (accurate) rubbishing of the George W. Bush record. "He kept us safe," Jeb lectured, before going on to invoke, of all things, 9/11 — also known as the biggest asterisk in world history.

Carly Fiorina, who had successfully graduated from the little kids' debate to the main stage, had a much better go of things. She has the demeanor of the student who stayed up all night with her flash cards, and she capably reeled off crisp paragraph after crisp paragraph, sometimes seemingly without drawing breath. That shouldn't be so impressive, but in this crowd, it put her at the top of the field. (Fiorina's air of competence was perhaps ironic, given her history as one of America's most disastrous CEOs.) She also managed to tame Trump once or twice, as when she deftly handled his insulting comments about her appearance.

None of the other candidates made much of a lasting impression. Scott Walker's candidacy must surely be dead in the water. Marco Rubio was typically fluid—even when he was saying monumentally stupid stuff like "radical terrorism cannot be solved by intellect"—but did nothing to change the dynamic of the race. Chris Christie spent most of his precious minutes shouting at the other candidates to stop shouting at each other.

As far as the overall policy debate: It won't surprise you to know that the Republicans are still as insular and backward-looking as ever. I mean backward-looking in the literal sense: There were lengthy sections where the candidates debated the interpretation of the 14th amendment or the value of progressive taxation. There were some disagreements—over whether the Iraq War was worth fighting, or whether or not to rip up President Obama's Iran deal on "day one," for instance—but they were mostly subsumed by the endless personality clashes. A whole host of key topics were left on the table. Minutes were taken up on whether or not vaccines cause autism (they don't, and CNN should have been more responsible than to even pose the questions) but nothing at all was asked about policing or civil rights, to name just two pertinent issues of our time.

In the end, the biggest thing we learned is that there should never be a three-hour-long debate ever again. Since that's something anyone could have told you before the thing even started, it turned out to be a mostly pointless affair. Luckily, there's about a million more of these to go. Aren't you excited?