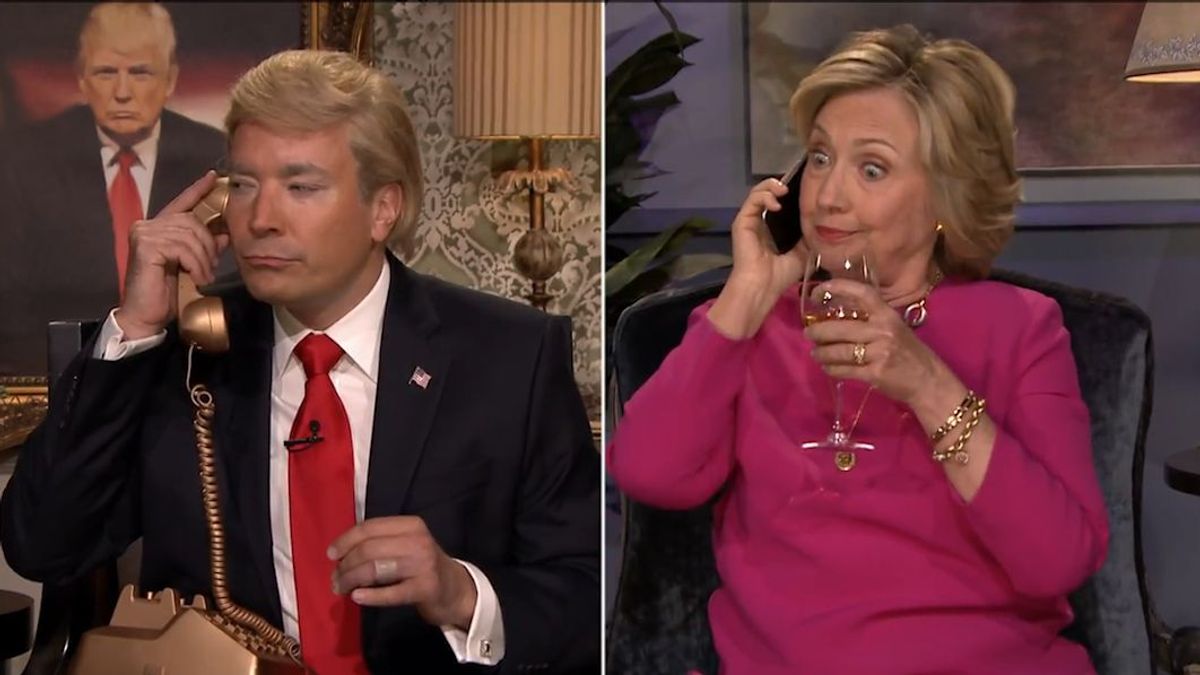 Earlier this month the Hillary Clinton campaign began to roll out a rebrand of the struggling-in-the-polls presidential candidate who was once considered the inevitable Democratic nominee.

The New York Times reported that we’re going to start seeing “the sides of Mrs. Clinton that are often obscured by the noise and distractions of modern campaigning.”

And while this latest re-branding may be self-defeating, Clinton's recent appearance on “Tonight Show Starring Jimmy Fallon” did not fall totally flat.

In the spirit of the "new Hillary" Salon made a video compilation of 16 times that Clinton was actually pretty funny: