Our graduate school nightmare: Higher education is broken — here's how we fix it

We're teaching grad students to want teaching jobs that no longer exist. We must rethink the entire enterprise 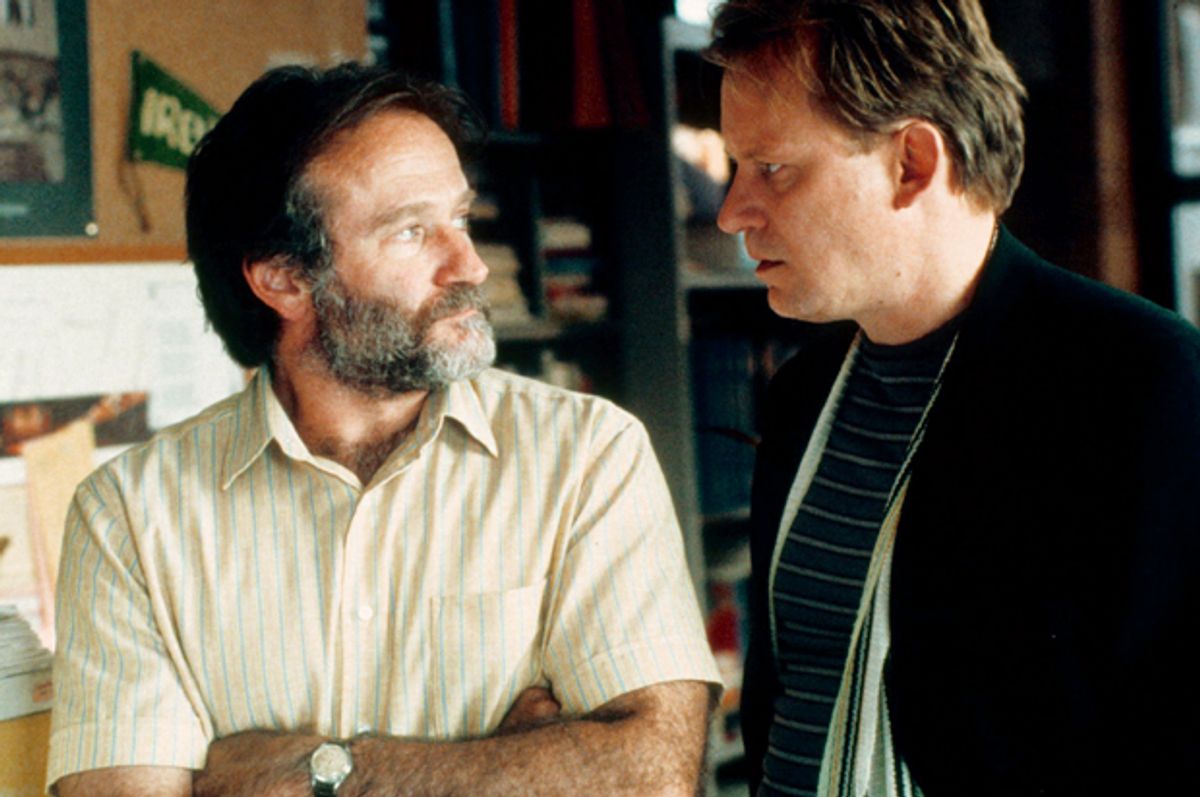 Excerpted from "The Graduate School Mess: What Caused It and How We Can Fix It"

Is graduate school “broken”? I ask this advisedly, for talk about “broken” institutions has become a tired cliché. But it’s a tricky question in this case, because you can declare something broken only if you know how it’s supposed to work in the first place.

Most academics, from graduate students to faculty and administrators, harbor their own assumptions about what graduate school is supposed to do and their places within it. Such assumptions can be hard to discern, partly because they’re closely interwoven with how we were socialized into academic society after we chose graduate study ourselves. Academia is strapped for resources in the twenty-first century, and the enterprise is under high — and frequently harsh — social scrutiny. We need to examine those assumptions now, during these challenging times. And when we do, we will need to overturn some of them.

The notion that graduate school is a specialized training ground for future professors has been untenable for more than two generations, but the antiquated structure of graduate education marks our collective longing for a brief postwar golden age when a job as a professor was waiting for anyone with a doctorate. This old-fashioned training leads graduate students to a narrowly specialized course of study that is at best impractical and at worst destructive. It teaches them to want and expect the wrong things. It conveys assumptions worth examining — and changing. Public conversations about graduate education were thin on the ground for many years, but they’re becoming more common these days.

That’s because discontent with graduate school is rising fast, as graduate students spend longer and longer on degrees that lead fewer and fewer of them to the jobs they desire. I was invited not long ago to have one of those public conversations, focused on the future of the doctoral dissertation.

My copanelist and I anticipated a conversation about the nature of dissertations in different fields, how professors direct them, and how digital technology might change them. But the exchange ranged far wider than that. It encompassed the overall conservatism of graduate education, the stricken academic job market, graduate student funding (and with it the deplorable use of contingent labor in the American university), the increasing time to degree, and the role of collaboration in the individualistic graduate school culture that prevails in the humanities and humanistic social sciences. In retrospect, the proliferation of topics — which flowed quickly from one to another — should have been obvious. The problems facing graduate study today are braided so tightly together with each other, and with larger institutional problems in higher education, that they cannot easily be separated.

So if graduate school is broken, it’s fractured all through.

The more I think about it, the more I agree with her. Graduate school in the United States today faces many problems, and that’s putting it mildly: old-fashioned and incoherent course offerings, bloated time to degree, high attrition, a distorted academic job market and a failure to prepare students for alternative employment, and outdated dissertation requirements, to name a few. Those problems all have roots in the history of the research university in the United States, and we can understand them better if we know where they — and we — are all coming from. The problems with graduate school can’t be cordoned off from the problems that face American higher education generally. Graduate school in the United States is inseparable from undergraduate education. Indeed, each makes the other possible. The problems of one are, in that way, the problems of both—and those problems proliferate. There is, as the musician Warren Zevon wrote just before he died, “disorder in the house. The doors are coming off the hinges.”

There’s an incoherence in humanities education that has led critics of the academy (and not only those on the political right) to bemoan the intellectual integrity of the enterprise.

The cost of higher education has outpaced inflation for so long that its upward spiral is a normal part of the landscape — and we’re reprehensibly complacent before the fact that millions of young Americans of college age simply can’t afford to go.

(Compare today’s forbidding situation to the postwar period, when the G.I. Bill opened higher education’s doors to people of different classes and made college, once the province of the elite, into a visible part of the democratic ideal.) The cost of higher education has raised other warnings as well. Reputable publications regularly air dark suspicions that higher education is a scam. We see this change in public attitude also in the now-constant political pressures that are deforming American universities by compromising their educational mission. Attacks on tenure are succeeding, and their success is partly due to the failure of professors to thoughtfully integrate the work they do in their own disciplinary houses with that of the larger community to which they belong. Such disciplinary isolation — in which intellectuals hole up in what are now called “information silos” — points to another problem with our larger house.

The whole university, not just graduate school, needs attention too, if both are to survive and prosper. There comes a point where we have to view them together. That’s why higher education needs a new ethic. Because the old one — if there was an old one — isn’t serving very well right now. An ethic isn’t just a personal strategy. It requires engagement at the departmental level, at the university level, and inside government, and it needs professors to work to change policy beginning in their own programs and classrooms. It can be difficult to know where to begin. But an ethic provides a way to rethink day-to-day actions and a basis for larger-scale engagement.

Graduate school needs to fix its own house, and I’ve been suggesting that the classroom, broadly conceived, is the place to start. If we don’t teach graduate school right, then it’s hard to make a case for the rest of higher education. The general public feels cut off from the university right now. The cost of university education surely sparks their alienation. We’ve become used to reading articles with titles like “Does College Education Pay?” or “The Practical Value of a College Education.” The suspicion behind them marks a movement toward seeing universities as businesses and higher education as a good on a shelf. Actually, consumers have seen American higher education as a business at least since the early twentieth century, if not longer. Here’s some proof: the articles whose titles I just quoted were written in the 1890s.

The university needs to articulate a new ethic, or it will be done for us. That is already happening, actually. Examples abound. Some are small scale, such as the assessment movement, advancing against faculty opposition instead of with faculty input. Large-scale developments are much more alarming. “Major universities are larger and more important than ever” to their states, says Hunter R. Rawlings III, president of the Association of American Universities, and “too many politicians and their board appointees want, therefore, to shape them as their ideology sees fit.” Trustees at the Universities of Virginia and Texas have sought to oust their presidents, each of whom narrowly escaped. Trustees treat universities, says Rawlings, “as businesses in which productivity and efficiency are the primary goals.”

A quick listen to a speech by Bill Gates led Governor Rick Perry of Texas to do a back-of- the- envelope calculation that a bachelor’s degree should cost $10,000 altogether. Then he tried to implement the idea. A similar proposal has been floated in Florida, which has also introduced a series of performance-based funding guidelines that end up penalizing schools when their graduates leave the state, even to take prestigious fellowships. Such a list of absurdities could go on — but my point is that they result from a breakdown in communication. Higher education has the most to lose from this. To have the conversation we want to have, we need to re-create certain assumptions about what we do, so that they may take root.

I’m not suggesting subterfuge. Instead, academia needs to invite collaboration, the creation of an ethic centered on the idea of higher education as a collective social good, not an individual investment — and not just to save the liberal arts, either. Higher education and society nourish each other when they’re in healthy relation to each other. Our credibility to join such a conversation begins with our care of our own house — and what goes on in that house is teaching. We have to think about our students. Doctoral students “who want to study the humanities,” the MLA says, “will make contributions to academic and public life in their work.” That argument presumes there’s an inherent value in having more Ph.D.s in public life because an educated population leads to a healthier democracy. But that position makes sense only if those Ph.D.s are contented in their work. The question shouldn’t be how many Ph.D.s we produce but whether they’re happy or unhappy. When we teach Ph.D.s to be satisfied only with professors’ jobs, we are, quite simply, teaching them to be unhappy.

That’s more than just an ethical failure. It’s a moral one and one of the worst that teachers can be guilty of. Across the humanities (and also other disciplines), we have been collectively guilty of it for years. Legions of embittered adjuncts are the living evidence. On the other hand, if we make graduate students’ prospects clear to them when they enter (i.e., that professorships are thin on the ground, and here are the numbers), and treat them decently during their studies, we help them choose. And if we emphasize their diverse career options from early on (not just let them know that other choices are out there somewhere), then we are teaching graduate students how to make a good life in the world they actually live in.

The data on career outcomes — which are finally being collected — show that lots of people who get Ph.D.s and work outside the university are happy in their jobs. And learning how to be happy in your work is maybe the most important — and most neglected — part of graduate education. The academic profession forgot its own past during the years that it forged its postwar future. For one shining generation, anyone who wanted to be a professor could become one. More people became professors than ever had before, and that was their “normal.” Their experience supplanted the memory of uneven supply and demand during previous generations. When prosperity gave way to uncertain economic times, the vast majority of those in academia harked back to their prelapsarian past, their own time of plenty. They taught their students to wait for it, and their students taught it to their students in turn. We can advocate better for our vocation if humanists work throughout society, not just in universities. Then they can contribute to the common cause while also making an argument for their own training, just by doing their jobs.

But we have to teach them how to do that. The need for a new higher-education ethic is greater than it has been in years — and we’re all part of it. It’s time for us to own our own academic responsibility and teach our way out of the mess we’re in.

Excerpted from "The Graduate School Mess: What Caused It and How We Can Fix It" by Leonard Cassuto. Published by Harvard University Press. Copyright © 2015 by the Fellows and President of Harvard College. Reprinted with permission of the publisher. All rights reserved.