The GOP's bullsh*t campaign: Why they're drowning the country in an ocean of lies

Republicans are spending so much of their time misleading and lying to the public. How will the media keep up? 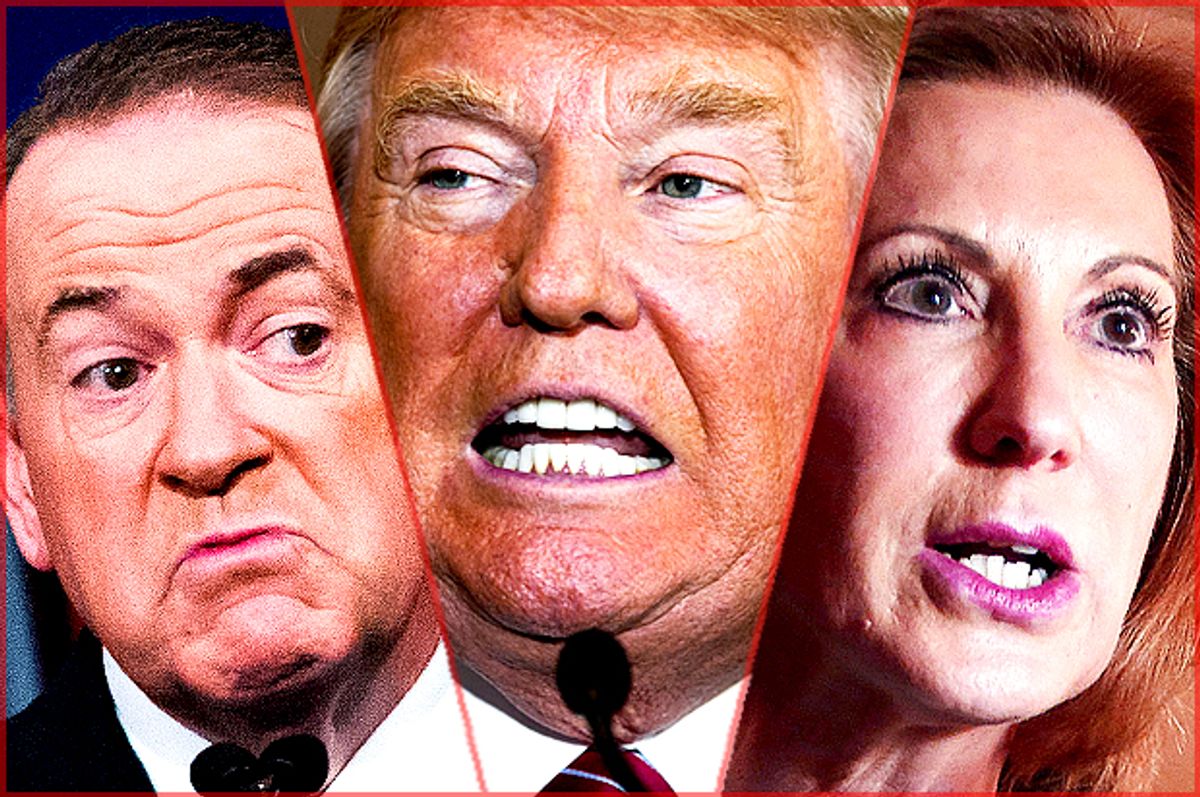 If you’re searching for advice on using the Internet without losing your mind, the classic xkcd web comic “Duty Calls” remains the gold standard. After all, no matter how much technology changes, as long as there are humans using it, the Internet will be full of people; and many of them will be wrong. So unless you figure out a way to log-off — and, more important, stay logged off — you’re just going to have to find a way to deal.

In terms of usefulness, however, there is a close second to xkcd’s masterpiece: the “Bullshit Asymmetry Principle.” Coined by Italian software developer Alberto Brandolini, the BAP is a newer member of the canon, first appearing in a January 2013 tweet. But if you’ve already come across the BAP, it was probably through the now-iconic picture taken during the “lightning talk” Brandolini delivered last year in Rome:

For those of you who can’t see embedded tweets and aren’t familiar with the BAP already, it goes like this: “The amount of energy necessary to refute bullshit is an order of a magnitude bigger than to produce it.” And if you’ve ever been on the Internet before — or had a conversation with a 9/11 Truther — it’s likely that you don’t need me to explain the BAP to you, because its truth is utterly (and painfully) self-evident.

But if you want a more specific example, look no further than the grotesque and meaningless postmodern spectacle broadcast by CNN and the Republican Party earlier this week. Because with three hours and 11 candidates at its disposal, the former “most trusted name in news” unleashed a Pacific Ocean-size amount of bullshit. It was so voluminous, in fact, that even those in the media who wanted to refute it couldn’t.

“We could literally spend the entire show fact-checking the debate,” MSNBC’s Chris Hayes said on Thursday, explaining why he was going to focus instead on the night’s “three biggest lies.” (Note: Without commercials, “All In” runs about 45 minutes.) And while that sounds hyperbolic, it’s not. In perfect honesty, I could easily spend this whole column doing the same. But I’ll follow Hayes’ lead and limit myself to three examples.

I’ll concentrate on (in ascending order of awfulness): Carly Fiorina’s bullshit about Planned Parenthood, Jeb Bush’s bullshit about his older brother’s national security record, and Sen. Marco Rubio’s bullshit about climate change. In each case, the candidates made statements that were either blatant lies or grossly misleading; and in each case, mainstream media held its nose, kept walking, and left others to clean up the mess.

Of the three, Fiorina’s bullshit was the least harmful; but it was possibly the most shameless. Speaking of the deceptively edited anti-Planned Parenthood video that the deceptively named Center for Medical Progress recorded through deception, Fiorina described “a fully formed fetus on the table, its heart beating, its legs kicking, while someone says we have to keep it alive to harvest its brain.”

Clearly, viewers were supposed to infer that this grisly scene was recorded by the CMP’s moles. It was not. As best as Vox’s Sarah Kliff — who watched all 12 hours of the CMP’s footage, and described Fiorina’s claim as “pure fiction” — can tell, Fiorina is describing a mix of stock footage, which was not shot inside a Planned Parenthood, and the unsubstantiated claims of a former fetal tissue procurement. Both come from other CMP releases.

So the footage Fiorina described was part of the CMP’s video. But that’s because it was edited into it, not because that’s what the people who snuck into Planned Parenthood actually witnessed. In the most rigid and literal sense of the word, therefore, Fiorina’s claim was not a lie; it was bullshit. Yet we only know that because of pro-choice journalists; “objective” media has focused on the post-debate horserace instead.

Jeb Bush’s bullshit, on the other hand, is much easier to identify. Speaking in defense of his older brother George, Bush claimed that W at least “kept us safe.” This earned him his biggest round of applause of the night, and Bush’s campaign was evidently proud enough of the moment to further immortalize it on Twitter. And the tweet’s been shared nearly 1,000 times, despite the fact that it is objectively untrue:

In this instance, perhaps because of the sheer brazenness, the media’s been less hesitant to interrogate the claim. But although there isn’t a single metric by which the statement can be justified — even if we take out 9/11, Obama’s record is superior — the publications willing to call Bush on his bullshit have, overwhelmingly, been liberal. Mainstream ones have opted instead to let left-of-center figures make the point for them, as if they were ventriloquists.

If it went unchallenged, Bush’s bullshit could lead to the U.S. once again adopting his brother’s policies of preemptive war, and occupation. Both necessary, he would argue, in order to “keep us safe.” Maybe he’d reinstate his brother’s global torture regime, too. He’s said he’s open to the idea, although he prefers the term “enhanced interrogation.” (I suppose we could call that something of a bullshit throwback.)

Such an outcome would be an unmitigated disaster. But if Sen. Rubio’s bullshit were allowed to reach the Oval Office, the outcome would quite possibly — and remarkably — be even worse. Because according to Rubio, “nothing” that the U.S. can do will “change our climate” or “change our weather.” Any kind of climate policy, he said, would “destroy our economy” and “make America a harder place to create jobs.”

Rubio’s statement is so broad, so extreme, and so absurd, it’s hard to know where to start. But as Mother Jones’ James West wrote, even a generous interpretation of his argument — “America can't act alone to solve climate change” — relies on an utterly false choice. As Rubio himself is often fond of saying, the U.S. can provide global leadership like no other nation. To suggest this is true when it comes to warfare, but false when it comes to climate change, is — you guessed it — bullshit.

Again: There are merely three instances from a debate that went on for three hours. Moreover, the debunking here is cursory, and largely reliant on linking to other people’s hard work. So imagine how much time and energy it would take to not only expose this mendaciousness for what it is in greater detail, but to do so for every single example of bullshit. And this is from just a single debate!

“The amount of energy necessary to refute bullshit is an order of a magnitude bigger than to produce it.” When a distant family member posts conspiracy theories about vaccines — which also made an appearance in the debate, by the way — these are words to live by. But they shouldn't decide the next president.