The media's big Bernie Sanders myth: Here's how we build the coalition that shatters Clintonism, neoliberalism

Hillary-bots argue that Sanders only appeals to white Iowa & New Hampshire voters. Here's how he proves that wrong 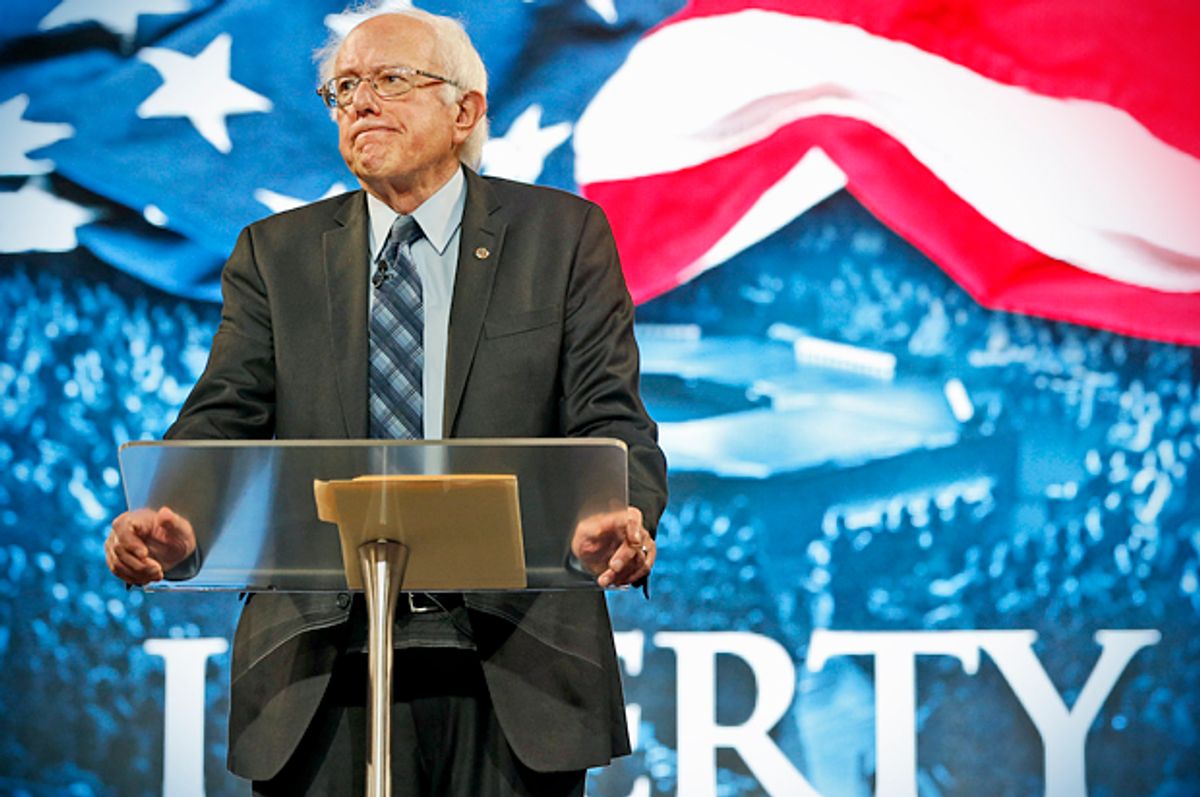 Bernie Sanders is showing swift-footedness in making all the moves necessary to not only establish but consolidate his new front-runner position in Iowa and New Hampshire. Some in the media may not yet have caught on to the way the momentum continues to shift, but eventually the reality will sink in.

There are three things Sanders needs to do—and has already started doing in a noticeable way—to move clearly and permanently ahead of Hillary Clinton at the national level: a) dramatic emphasis on minority outreach; b) expansion of his economic message to one of social harmony; and c) delegitimization of the negative populism pervasive in the Republican primary.

Already, Cornel West has given a rousing introduction to Sanders in South Carolina. Sanders has been trying to reach out to the Congressional Black Caucus, though not yet with much luck. They might as this message becomes clearer: Sanders is a much better deal for minorities of every stripe—from embattled African-Americans to Hispanics and Asians and others—because of what his policies of economic justice represent compared to the neoliberal repressiveness of Clinton and the establishment Democratic Party.

The Clintons talk a good game when it comes to African-Americans (Bill, after all, was supposed to be our first black president before the real first black president showed up) but the truth is that Clintonian neoliberalism really tightened the screws on African-Americans by legitimizing extreme income inequality as the normal course of things—smashing, in effect, the Democratic Party’s bargain with minorities since the New Deal.

The Clintons ended welfare as we knew it, for example, by delusionally hoping that technology-driven productivity would somehow make poverty cease to exist, or by expanding the surveillance, prosecution and incarceration capacities of the state, building on the war on drugs initiated by Ronald Reagan to impose a stark omnipotence much less forgiving of mistakes made by poor people. Rhetorically—and emptily—the Clintons may align themselves with African-Americans, and claim some sort of honorary status with that community, but their policies have been death—literal death on the streets—for African-Americans.

It is a myth created by the establishment media that Sanders’ appeal is limited to well-educated white coastal liberals, particularly males, and that he has a natural barrier to how far and deep his support can extend. The claim is that South Carolina—and then Nevada with its Hispanic population—will be the firewalls that will break Sanders’ momentum if he wins in mostly white Iowa and New Hampshire.

But the truth is that Sanders’ potential appeal to minorities is unlimited—unlike Clinton’s upper limits due to the nature of her past and present policies and her utter incapacity to enunciate anything real that resonates with people beyond recycled neoliberal micro-platitudes. Therefore, Sanders must go for broke in reaching out to African-Americans, Hispanics and Asians as their natural candidate, and in the process rewrite the whole script for how the Democratic Party courts voters. New, and unprecedented, promises must be made to shatter the silence around issues that neoliberal candidates have zero interest in highlighting.

Secondly, while it has so far been a necessary and indeed winning strategy for Sanders to emphasize a straightforward recital of agenda items—especially single-payer healthcare, free college tuition and a $15 minimum wage (outlined by Jonathan Tasini in "The Essential Bernie Sanders and his Vision for America")—Sanders needs to open this up to a message of optimism that reaches well beyond the listing of economic policy items. Britain’s Jeremy Corbyn has already shown how to do this.

Of course, these need to continue being hammered into consciousness until they became accepted parts of liberal discourse again (as the necessary antidote to Reaganite social darwinism that we never got from the Democratic Party), but I’m sure that Sanders will also figure out a way to connect these policy prescriptions to a radically expansive vision of the good life, part of which must involve reimagining America as an honest and responsible citizen in the world community.

There’s a reason why Hillary Clinton—like Tony Blair in Britain—has always been utterly incapable of humor. It is not a character flaw, per se, as it wasn’t for Blair, but the fact that neoliberalism demands a pure administrative outlook, managing at the margins with faith in private enterprise as the only salvation, that simply does not allow any glimpse of humor—by which I really mean humanity—to peek through.

Young people everywhere are looking for this streak of humanity in an increasingly robotic, unforgiving, rules-based world. Perhaps Sanders, despite his age, or perhaps because of it, can tap into his bona fide countercultural heritage to establish new norms for millennial liberal discourse, making a rousing case for old-fashioned liberty based in economic justice.

This is the ideal Martin Luther King Jr. and other visionaries at the time were beginning to fashion when we got sidelined, for nearly half a century, by an entirely different vision—Nixonian and ruthless and divisive (Donald Trump is playing from the same script). Neoliberals, it should be noted, will continue to indulge in the false bromides of the culture wars when pressed to the wall; they remain immersed in this methodology of false attack and counterattack, rather than seeking the roots of liberty in economic fairness.

Finally, Trump has gifted almost the perfect platform for Sanders to work against: a dark populism rooted in xenophobia and protectionism, a Machiavellian worldview pitting true Americans versus the racially unacceptable other, setting the stage for Sanders’ authentic populism, rooted in participatory democracy, to make all the more sense. The contrast with Trump is one big reason why Sanders has had so much resonance.

Here, Sanders’ outreach, such as when he spoke at Liberty University and was introduced by Jerry Falwell Jr., is a longer-term investment, and it will be more difficult to gain traction with this voting constituency than with African-Americans and other minorities. But fascistic populism of the talk radio variety needs a strong counterweight, which neoliberalism for the past quarter-century, coinciding with the rise of the Clintons, has refused to provide.

One way Sanders is correcting this extreme imbalance in the propaganda wars is by correctly insisting on usage of the term “democratic socialist” to describe himself. His actual policies might not be very socialistic, considering the European use of the term, but it’s a brilliant move on his part to shift the terrain of discourse away from neoliberal policy contending with neoliberal policy, which would be the case, for example, if Hillary Clinton and Jeb Bush were to duke it out in the end.

The power imbalance, in favor of corporations, has become so extreme that a new vocabulary for building a movement is needed; note how Barack Obama, because of his lack of access to such a language, never intended to nor succeeded in any way in building a lasting movement for progress and justice.

Since he gained the upper hand in both Iowa and New Hampshire in the last few days, Sanders seems to have quickly shifted gears and opened up his message and vision. Although dramatic gestures are not his style, he needs to say and do some unexpected things of a radical nature to place a bet on minorities moving quickly toward him. When that strategy starts clicking, no one in the neoliberal camp will be able to catch him.

If there is a moment in the first debate where Sanders can convey, through humor, the humanity of his vision—a kind of genuine vulnerability we have not seen for at least 15 years at the national level—he will become invincible from that point on. And never worry, Hillary Clinton will neither try to outdo him on progressive policy nor demonstration of humanity; that is not the way of neoliberals.