Democrats' great debate over debates: What's really at stake in their internecine fight

Dems will hold just six debates total this primary season -- down from an insane 26 in 2008. What gives? 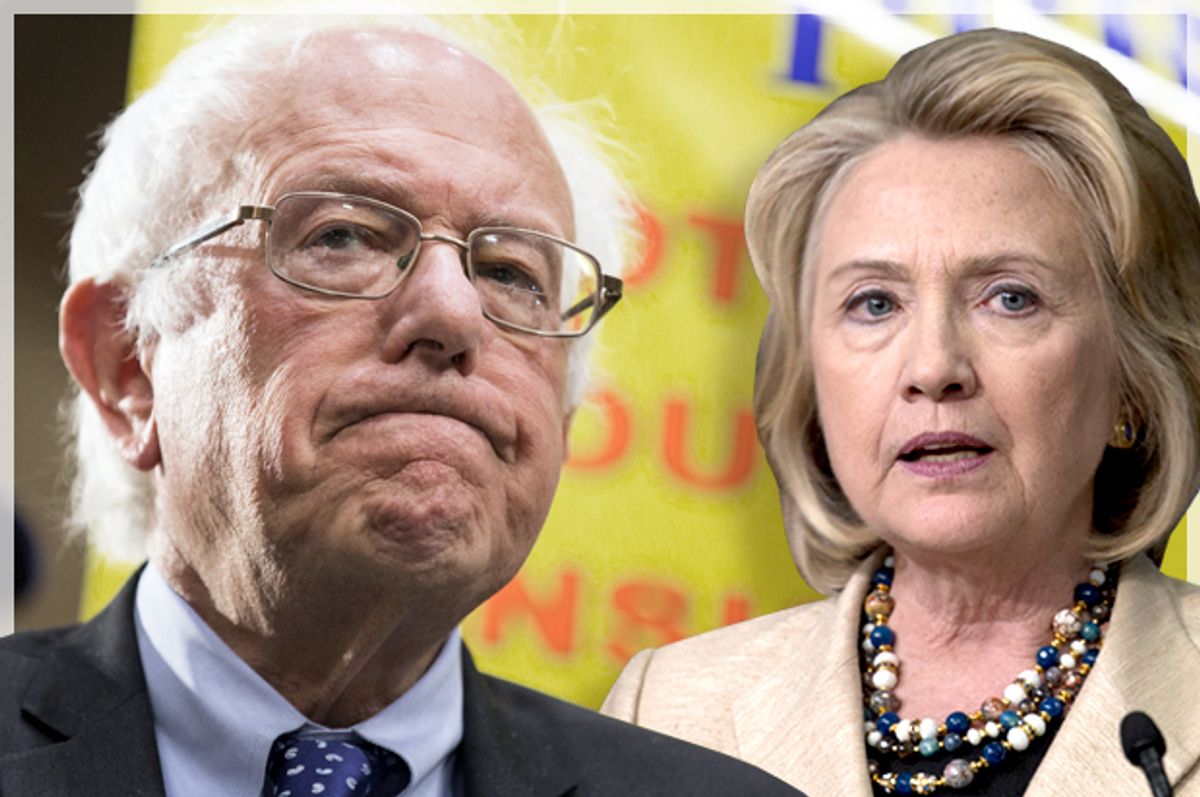 There is an old joke among Jews that no matter where the High Holidays fall on the Roman calendar, they are always either too early or too late. The date is never, as Goldilocks might have said in a very different fairy tale (one where her name is Goldilockstein), juuuuuust right.

So it is with the debate over the debates for this election cycle, particularly on the Democratic side, where the argument is between too few and just right. Currently, the party has set six debates over the course of the primary season, or one per month between mid-October and sometime in March. There is a wide call from voters, party activists, elected officials and candidates not named Hillary Clinton for the party to add at least a couple more, which DNC chairwoman Rep. Debbie Wasserman Schultz has so far resisted. This understandably does not sit well with all the aforementioned groups, which have been heckling Wasserman Schultz in recent public appearances.

There is a theory that the DNC has limited the number of debates in order to protect Clinton, who is not a very agile debater. The more national television audiences see her onstage getting creamed by Bernie Sanders and Martin O’Malley, the more her poll numbers will drop, allowing another candidate to waltz in and snag the nomination. Reports that the Clinton campaign resisted even this many debates have not helped that perception.

Compare the Democratic debate schedule to the rolling carnival that is the GOP’s. We have already seen two debates since the beginning of August and can look forward to nine more between now and mid-March. By which point I expect our hardworking political journalists will have reduced our national supply of whiskey to dangerously low levels.

But it’s true that the GOP debates have been good for sorting out the field already. Poor debate performances are helping to knock out Scott Walker as I write this. Meanwhile, Carly Fiorina’s profile with voters has soared, taking her to second place nationally in the latest CNN poll, behind only sentient hairball Donald Trump. Ditto Ben Carson and possibly Marco Rubio, who seems to have impressed people by not doing much.

So one can understand why the candidates who are trailing Clinton badly want more debates. They are basically free exposure to national audiences. Come up with a good zinger or a strong overall performance, both of which Fiorina achieved in the GOP debate last week, and you can find yourself soaring. While someone like Walker, the leader in Iowa a mere six months ago, sinks like a rock after barely registering his presence onstage.

On the other hand, the format of these debates does make one wonder if, in this case, less is more. The rote recitation of sound bites they memorized off of flashcards that morning does not tell us anything about the candidates that we can’t learn from reading the Issues pages on their websites. Witness the degeneration of the GOP debate last week into a near free-for-all, with candidates talking out of turn, talking over one another, shouting “JAKE JAKE JAKE JAKE JAKE” like over-caffeinated toddlers to get the attention of moderator Jake Tapper.

The debates may give us an overall sense of a candidate’s temperament, but for my money you can get just as good a sense of that watching footage of these people shaking hands with voters in New Hampshire diners. Of which there will be plenty over the next few months.

Both parties went into the election season determined to reduce the number of debates from 2008, which was the last election without a presidential incumbent. That year, the GOP held 21 debates and the Democrats held an astounding 26. In 2012 the Republicans held 20. This time around, both parties wanted to hold down the number for many reasons, probably none of which involved concern for the country’s emotional well-being, though I like to dream. But is there anyone who thinks the voters won’t have a sense of who the candidates are by the time Hillary Clinton and Bernie Sanders square off next March in the PBS Democratic Primary Debate in Wisconsin (sponsored by AutoZone)?

I highly doubt it. Frankly, by that time we might all be so awash in primary coverage we’ll be wishing it would just end already. Democracy is a lovely system, but in our over-wired 24/7 times, it’s also damned exhausting.