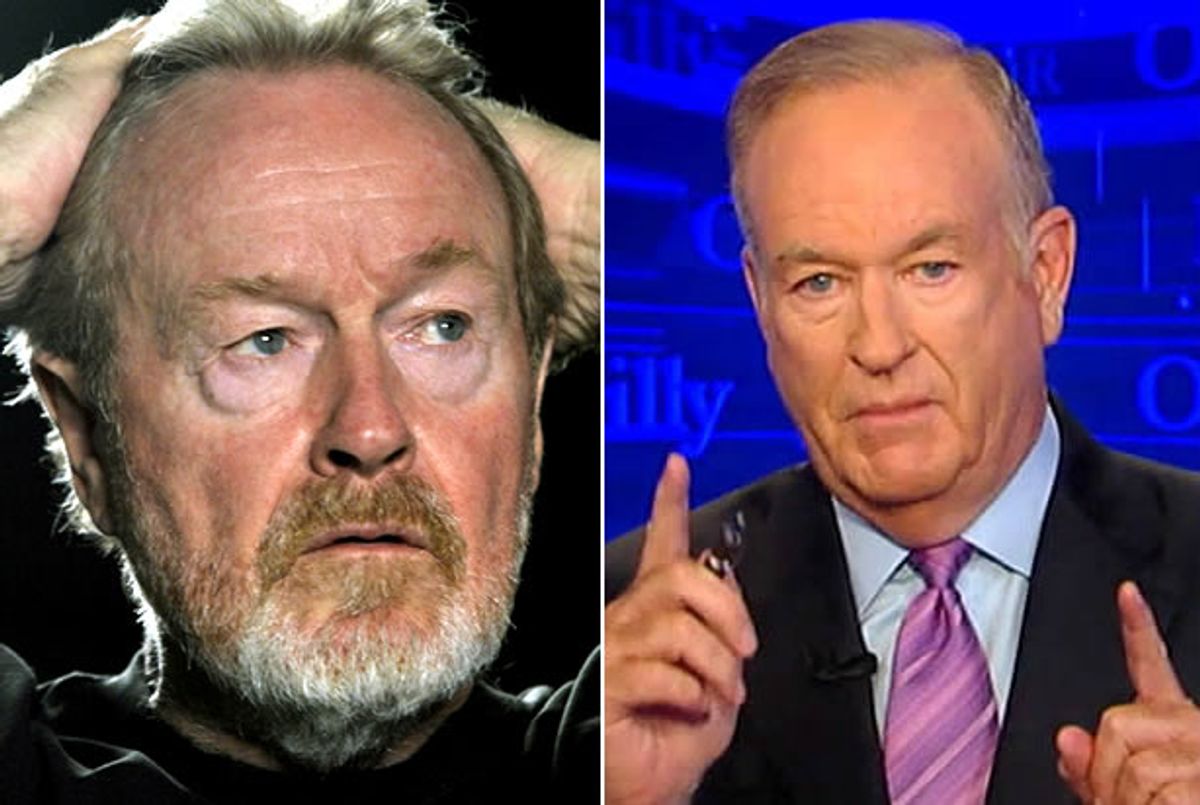 In large part because of O'Reilly's nightly reminders to viewers of "The O'Reilly Factor," the adaptations of "Killing Jesus," "Killing Lincoln," and "Killing Kennedy" were National Geographic's highest rated original programming in the channel's history. The announcement was timed to coincide with the publication of "Killing Reagan," because it's not as if O'Reilly is going to drum up sales for the book on his program anytime soon.

According to NGC US's president of original programming, Tim Pastore, Scott Free Productions will accelerate the project in order to air it during the current presidential election cycle.

"The intent here is to move aggressively…to be part of that zeitgeist," he said, "especially during a time when politicians are drawing more attention than they have in recent years. For us it’s the perfect opportunity to bring the next 'Killing' franchise to light."

Unlike previous entries in the "Killing" series, this book does not focus on the violent death of its subject, paying less attention to the assassination attempt and more on Reagan's accomplishments in office and slow decline into dementia.

Pastore said that this shift will not have a negative impact on viewer interest, because "it allows us to do creatively is to tell a new type of story within the franchise – to shift the perspective a little from solely building narrative arcs that end in death, to allowing the momentum of the assassination attempt as a vehicle to tell a broader story about an individual ... and his impact on the world stage."