People are demanding #FreedomForKesha: Here's what accusing a powerful producer of rape has cost her

The pop singer accused her producer, Dr. Luke, of repeatedly abusing and assaulting her over a 10-year period 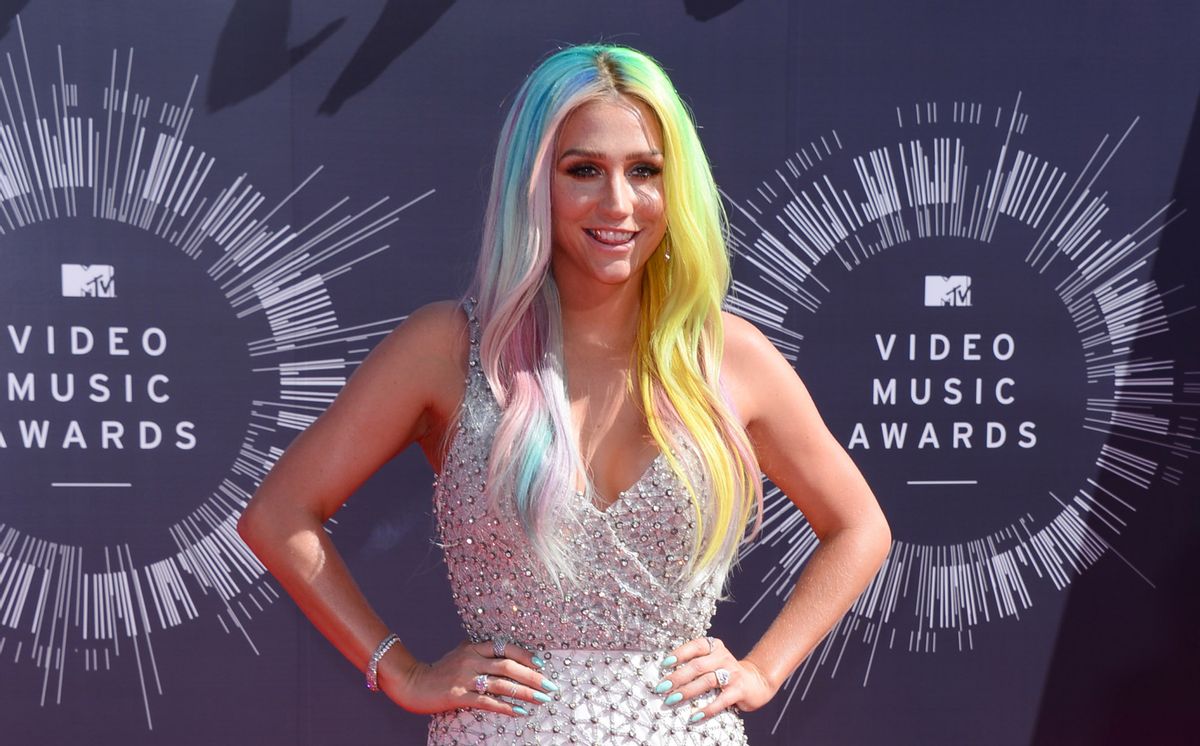 Today, the hashtag #FreedomForKesha was trending on Twitter, with the public sharing support for pop singer Kesha Rose Sebert, who on Friday pushed for a preliminary injunction in her legal battle with her former producer Dr. Luke (Lukasz Gottwald). Sebert alleges that Gottwald has abused her repeatedly during their ten-year working relationship.

Last October, Sebert sued Gottwald, claiming that the producer "sexually, physically, verbally and emotionally abused” her over the course of a decade, since she signed with him at age 18. Sebert claims that Gottwald once made her snort a substance before getting on a plane and then assaulted her in the air. On another instance, she claims he drugged her with GHB, after which she woke up sore and naked in his bed with no memories of the prior night.

Gottwald countersued, arguing that Sebert was trying to extort him in order to get out of her contract with him. As the legal battle has raged on — with a California judge halting the suit, necessitating the dispute continue in New York — Kesha’s career has ground to a halt, with no new releases since 2013’s Pitbull collaboration “Timber.”

Now, Kesha's legal team is urging New York courts to move forward with a preliminary injunction against Gottwald (basically pushing the court to make up its mind soon), arguing that the survival of her career hangs in the balance. Kesha is presently signed to Dr. Luke’s Kemosabe Records, a part of Sony records, meaning that she literally cannot work until the suit is resolved.

"Until this Court rules on the declaratory judgment claim, Kesha is at an impasse,” writes Sebert’s attorney Mark Geragos in court documents filed last week. “She cannot work with music producers, publishers, or record labels to release new music. With no new music to perform, Kesha cannot tour. Off the radio and stage and out of the spotlight, Kesha cannot sell merchandise, receive sponsorships, or get media attention. Her brand value has fallen, and unless the Court issues this injunction, Kesha will suffer irreparable harm, plummeting her career past the point of no return.”

According to a statement from former Universal CEO Jim Urie, the suit could irreparably damage Sebert’s career.

“No mainstream distribution company will invest the money necessary to distribute songs for an artist who has fallen from the public eye,” he writes. “If Kesha cannot immediately resume recording and having her music promoted, marketed, and distributed by a major label, her career is effectively over.”

Sony — who Kesha added to her complaint in June, accusing them of “forc[ing] an abusive relationship" between her and Gottwald — has weighed in for the first time, and the corporation has sided with Gottwald. “Sebert cannot have it both ways,” Sony writes. “She cannot claim that Gottwald intimidated her into silence, then — as an apparent afterthought — seek to hold Sony and Kemosabe Records liable for failing to act on conduct that she did not report.”

"We are confident this motion will be denied because it is without merit," a spokesperson for Dr. Luke added in a statement. "Kesha continues to make the same false claims of abuse against Dr. Luke she testified never happened under penalty of perjury. As with all pleadings in this case, her affidavit is vague and unsubstantiated, with pivotal details such as dates fudged, and notably fails to address her unequivocal prior sworn testimony to the contrary."

In a new affidavit, Sebert reiterated her claims of abuse, along with new allegations, like the fact that he "took credit for songs he didn't write, for a television show he didn't actually produce”

"I know I cannot work with Dr. Luke," she says. "I physically cannot. I don't feel safe in any way.”

This isn’t the first time Kesha’s fans have spoken out in her defense. In 2013, her fans launched a petition to get her out of her contract with Gottwald, claiming he was “controlling her like a puppet.” Sadly, little seems to have changed since then.