Another 1 percent white privilege: The invisible advantage we need to discuss now 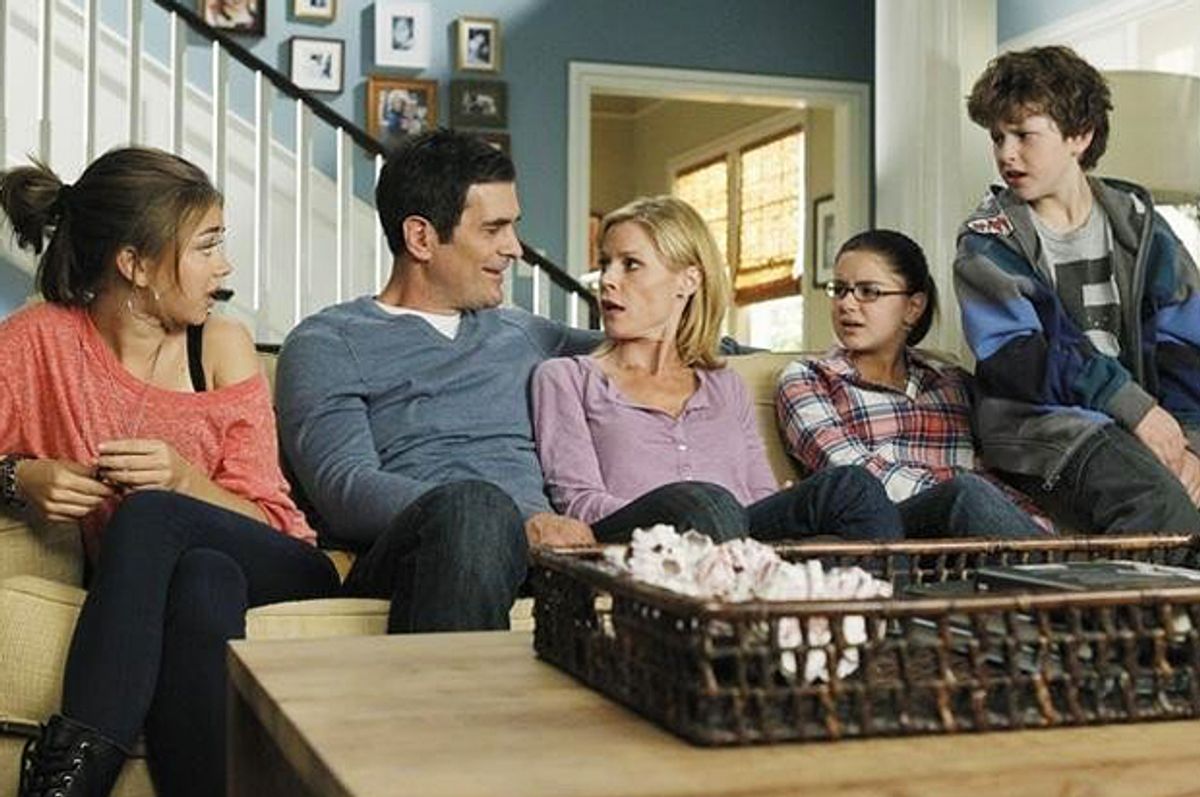 On Sunday, Anne-Marie Slaughter took to the New York Times to persuasively indict the toxic, anxiety-producing expectations of the modern workplace. It’s the product, she argues, of an “antiquated and broken” system, and it simultaneously hinders America’s competitiveness and the ability for us all to care for our families. Says Slaughter: “We used to have [an infrastructure of care]; it was called women at home.” Slaughter argues that “a workplace designed for the ‘Mad Men’ era, for ‘Leave It to Beaver’ families in which one partner does all the work of earning an income and the other partner does all the work of turning that income into care” is holding all of us back.

Though this conventional narrative about women entering the workforce refers primarily to the experience of middle-class, white families, it reveals something with further-reaching implications. At its peak in the late 1950s, 65 percent of children were living in this type of “traditional” nuclear family unit (with a father employed and mother out of the labor force). Today, it’s just 22 percent. In other words, the “traditional” nuclear family unit is diminishing. And yet, antiquated workplaces, like many outdated institutions, have survived, against all logic, because of a nostalgia for a version of family that we have outgrown.

To understand this requires examining America’s notions of what “good families” look like.

There has been an explosion in the diversity of family structures in the U.S. over the last several decades, much of it the result of delayed and declining marriage rates and higher nonmarital birthrates. Forty-one percent of babies born in the U.S. today have parents who are not married, and among millennials, it’s over half.

The traditional family, which dominated for just over a decade, wasn’t replaced by one kind of family, but by many kinds of families. Unlike in the early '60s, today, there is no single-family arrangement that encompasses the majority of children. More individuals live alone, there are more families with married parents who are both employed, more single-parent homes, children living with grandparents, children living with unmarried, cohabitating parents, and households composed of people who are not biologically related or legally bound. Family diversity is the new normal.

But despite these trends, the nuclear family is still favored with the most esteemed cultural visibility, still seen as “normal,” “good” and ideal. Divorce is generally seen as failure, cohabitating and raising kids without being married invites the assumption that there is a barrier to marriage, single-parents—especially teenagers, poor people, and/or people of color—are shamed for their “moral failing,” and if you’re an adult older than 35, single, and childfree, everyone from your friends to your bus driver is wondering when you’re going to “settle down.” If your family arrangement includes more than two adults, people who are not biological or adoptive parents raising kids, people who aren’t related to you, or any other number of configurations, then you’re invisible.

It’s time we recognize this for what it is, and name it: nuclear family privilege.

We live in a country where this increasingly uncommon family arrangement gets respect and support that is denied to the rest of us, by systematically affirming and advantaging people who happen to live in nuclear families. Though as Slaughter points out, no one—including families with two working parents—can make the workplace work for them today, the challenges and struggles are undeniably felt most acutely by those in single-parent and “nontraditional” households.  In this respect, nuclear family privilege is white privilege’s cousin—a system built to privilege a household unit historically more common (and favored) among middle- and upper-class white men.

How do nuclear families benefit from unearned privilege? From tax breaks and employment policies to medical care and media representation. Meanwhile, schools engage in Father’s Day celebrations even though 25 percent of children are raised in homes without their fathers. Women over 35 get looks of pity when others learn they are unmarried. Bereavement policies provide no time off for the death of an aunt, even if she is the one who raised you. Workplaces regularly hold evening events without considering the childcare needs of single parents. Long-term childfree couples are treated as not quite a family because they are not married and don’t have kids. Fathers—particularly, poor and/or black fathers—who are not married to the mothers of their children, are incorrectly believed to be “absentee.”

Like changing the American workplace, dismantling nuclear family privilege will be a tough fight. One of the few areas of agreement among American researchers and policymakers across the political spectrum has been the belief that married, two-parent households are the best for raising children and preventing poverty. Bipartisan groups have urged liberals to get behind a marriage opportunity agenda focused on “removing the barriers to marriage” for families. Progressive think tanks believe addressing poverty and inequality can strengthen marriage, while conservative think tanks believe marriage is the best solution to the range of problems experienced by poor families. But these are just two sides of the same coin.

Yes, data shows that, on average, children with stable, married parents have better outcomes than children in other families. But we consistently misunderstand what that data is telling us, and confuse correlation and causation.

Because we are blind to the ways in which our society benefits nuclear families, when they thrive, we believe it is because there is something intrinsically better about them. It’s like saying that X group of runners is inherently faster than Y group of runners, while ignoring the fact that group X is taking performance enhancing drugs and group Y is being repeatedly kicked in the kneecaps while running.

When we create an environment that supports and celebrates nuclear families, it’s no surprise that the people within those families are more likely to do well. When we look at problems like poverty that correlate with family structure, without an awareness of systems embedded with nuclear family privilege, we incorrectly diagnose the “problem” —Declining marriage rates! More single parents!—and consequently prescribe the wrong treatment—More marriages!

Even progressives often tacitly accept the logic that marriage and “keeping families together” is the best way to support the wellbeing of adults and children. But just beneath the surface, this is the same underlying “good old days” nostalgia used by conservatives. It’s the same logic that says that working women going to back into the home is a legitimate solution to the inaccessibly of affordable childcare.

Suggesting that marriage is the best way for a working mother and child to avoid poverty is frighteningly paternalistic. If we want a society that embraces policies that support people, regardless of family structure, we need to expose how unethical and illogical that argument is.

To be sure, there is still good reason to fight practices and policies that undermine people’s ability to stay connected to those they consider family. For example, the child welfare system is notorious for disproportionately separating black, Latino and Native American children from their families under circumstances in which white children are allowed to stay with theirs. Practices that enable this kind of discrimination should be challenged. But we also need to challenge practices and policies that undermine people’s ability to exercise agency over who is and isn’t in their families.

The evolution of family we are experiencing is a complex, sometimes confusing, but also beautiful thing. It means that despite all the policies, practices and social pressures supporting the nuclear family, people are continuing to create family in a variety of ways. It’s not always intentional, or without struggle and challenge, but it requires a creative spirit to navigate and bypass the myriad structures and institutions that get in one’s way. We have so much to learn from the wisdom and resourcefulness of those whose families have too long been thought of as broken, when really, they are sewn together by ingenuity and love against all kinds of odds.

Mia Birdsong is a Senior Fellow of the Economic Security Project and the author of "How We Show Up: Reclaiming Family, Friendship, and Community" (Hachette, June 2020). In “More Than Enough,” her podcast miniseries from The Nation, she expands the current guaranteed income movement by tapping into the voices and visions of low-income people. Mia lives and dreams big on the occupied land of the Chochenyo Ohlone people (AKA Oakland, California).