He didn't quite shut the real estate magnate up, but Colbert came closer last night than believed humanly possible 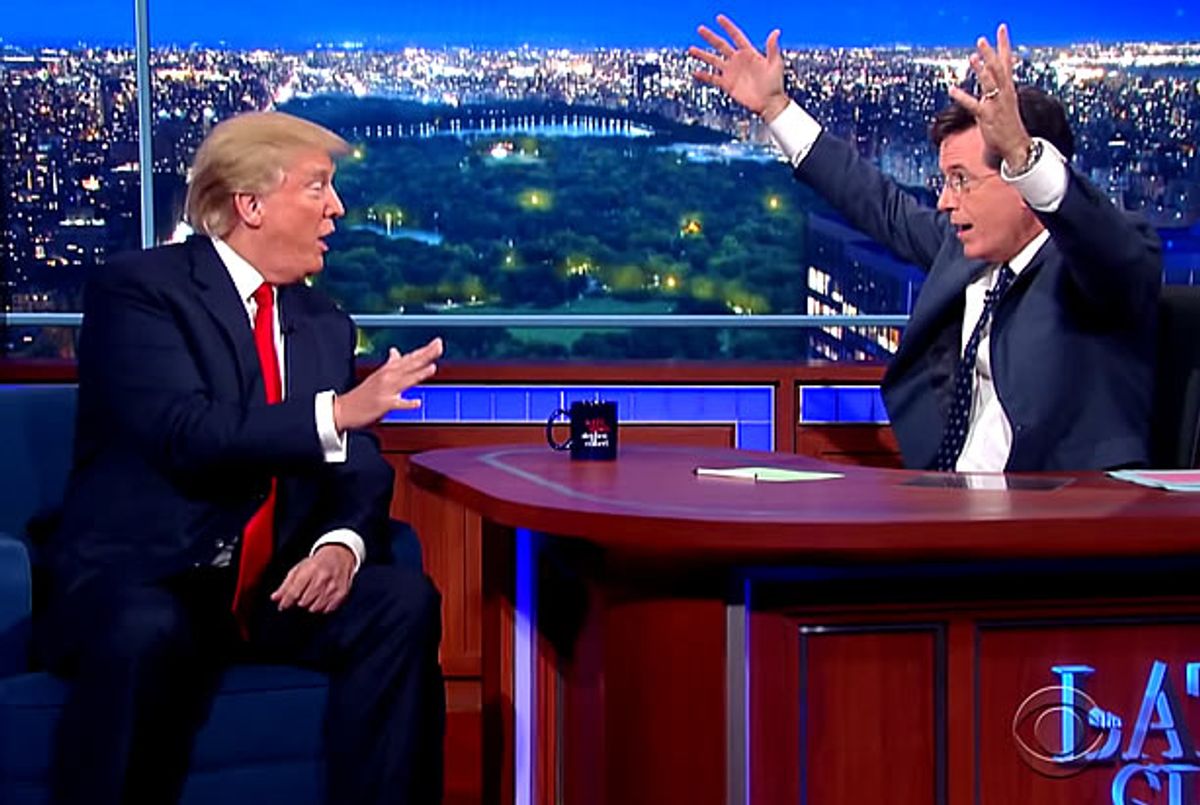 On "The Late Show" Tuesday night, Stephen Colbert played host to terrible houseguest Donald Trump and managed to make the best of it — by offering him a meatball.

"I’m gonna throw you up a big fat meatball for you to hit out of the park right now," he told Trump. "This is the last time you ever have to address this question if you hit the ball. Barack Obama -- born in the United States?"

Colbert was asking because Trump has repeatedly refused to address the question directly, even though birtherism is, in Ken Burns' memorable phrasing, simply "a politer way of saying the 'N-word.'" Trump again refused, claiming, "I don't talk about it anymore."

"I talk about jobs," he said. "I talk about our veterans being horribly treated. I just don't discuss it anymore."

"You know that meatball is now being dragged down the steps of the subway by a rat right now," Colbert said, referring to a recent viral video of Master Splinter trying to feed his orphaned turtles. "You missed the meatball."

"I’m talking about the vets, who are treated like third-class citizens," Trump said. "They’re treated worse than the illegals. The vets of this country are so mistreated."

Watch the entire segment below via CBS.