Say goodbye to the "Mad Men" office: How workplace flexibility & paid leave can transform the way we work

It's long past time for workplace norms in America to move beyond the 1960s, NYC's Scott Stringer tells Salon 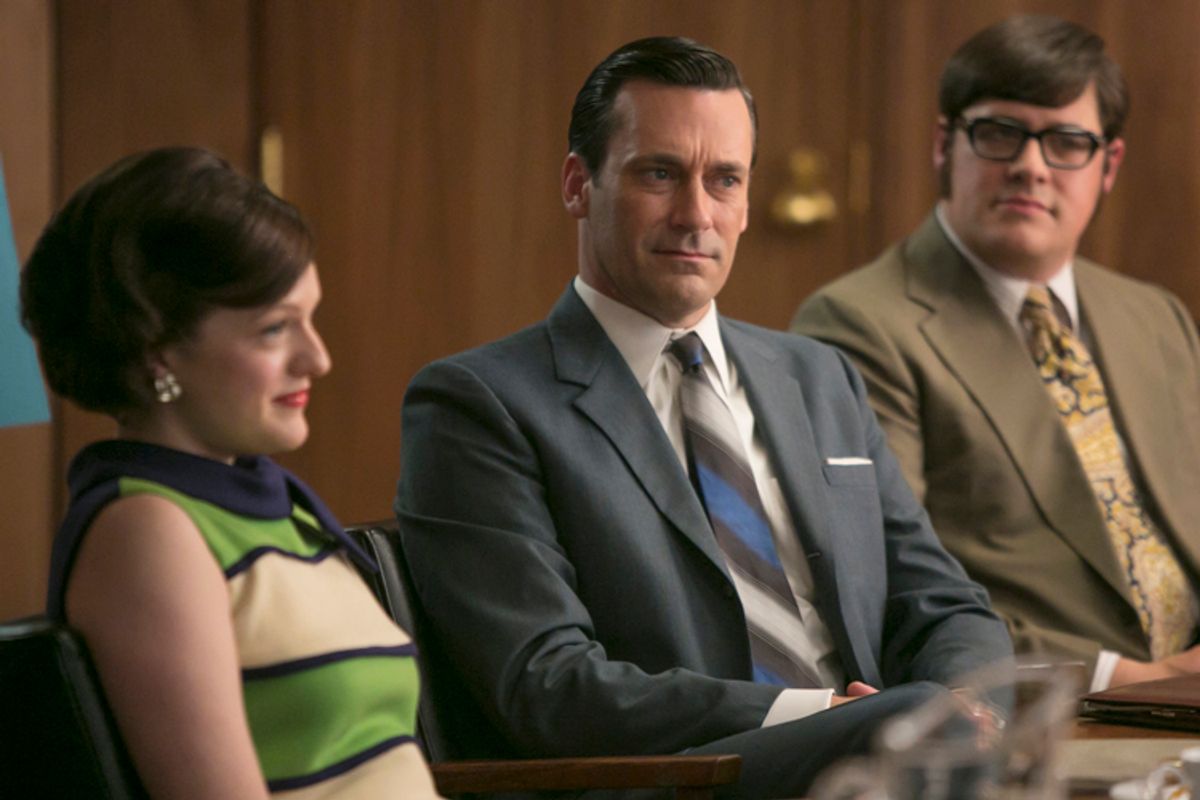 Last weekend, Anne-Marie Slaughter, the former Princeton professor and State Department official who now serves as the president and CEO of the New America Foundation, had an Op-Ed in the New York Times about the workplace. Because it was "designed for the 'Mad Men' era," the American workplace, Slaughter argued, was broken. It had begun to "hemorrhage talent and hollow out our society"; a "culture change" equivalent to a "fundamental" shift was needed.

The piece was adapted from Slaughter's forthcoming book, which itself is the product of a phenomenally popular essay she wrote in 2012. But while Slaughter may be the most prominent pundit on the workplace-culture beat, it's rather obvious that her concerns are not hers alone. Paid leave, flexible scheduling, and other policies intended to help employees manage the "work/life balance" have been central to Hillary Clinton's second presidential campaign. Even in the GOP, there's at least nominal interest in reform.

And although it's true that much of the discussion of workplace flexibility has concerned elites, it is not an exclusively upper-class issue. Far from it, in fact: According to a recent report from the office of New York City Comptroller Scott Stringer, some 45 percent of 1,100 city workers said their jobs lacked flexible scheduling — and 58 percent saying they'd feel either "uncomfortable" or "very uncomfortable" bringing it up with their boss. And for those that did ask, negative repercussions (denied promotions, reduced hours, etc.) were not uncommon.

Recently, Salon spoke with Comptroller Stringer over the phone about the survey and the broader issue of a changing workplace. Our conversation, which can be found below, has been edited for clarity and length.

Given all of the worthy issues you could focus on, I would imagine that your most precious resource is time. So why do you think flexible scheduling is important enough to deserve prolonged attention?

Well, I think in my role as comptroller, you have to think about the long-term impact [on] our economy. And so this isn't just about flexibility; it really is about creating a workplace culture that promotes all people equally, and respects that family and work are complementary — not competing — parts of people's lives.

Workplace policies not only affect every New Yorker, but also affect children, and the elderly. And that has a profound impact on business and the economy writ large. And what our study shows is, more and more, we're seeing companies realize the benefits of workplace policies that allow employees to bond with babies, care for aging loved ones, or just be there for a child's soccer game or a piano recital, etc.

And, long-term, if New York wants to attract the best and the brightest of the 21st century, we need to realize that we're not living in the 9-to-5, corner-office, single-wage-earner world of “Mad Men.” We're now living in an age in which women and men are the co-bread winners; and we need to reflect that in the way we treat employees.

I'm kind of a worrier by nature, so bear with me. But is there reason to worry that these policies will make it easier for people to balance their personal lives and their work lives — but that their work lives will, in a sense, never end?

Well, listen, there are some jobs where you never stop working, really. We all have friends [like that], and I consider myself one of these folks that do their job 24/7. But for many folks, to have a successful career, you also need to have work/life balance. And that is why flexibility, paid leave, and advance notifications are not perks; they're basic components of the modern workplace.

What I find interesting is that the U.S. is one of only two countries in the world without paid family leave for new mothers. (The other place, by the way, is New Guinea.) What I would argue is, a lot of these policies are good for employers as well as employees. Let's take "right to request": right to request costs employers nothing; it's a way to structure compensation [that] eliminates fear of retaliation.

And that's not about working longer; it's really about working smarter and recognizing that the world has changed from the 1950s and '60s.

From your interactions with the business community here in New York, is this something they're thinking about already? Or are you having to pitch them on it and win them over?

I think there's a lot of cutting-edge corporations out there that have already implemented very strong flex-time policies. Google, for example, is one of those companies; Aetna is another. We've talked to a lot of these companies.

Why do they see these policies in their own self-interest, too?

They believe they're creating brand loyalty. Their employees will stay longer, they will be able to attract talent to their industry; and, for some companies, they think this is just part of the package of incentives [to get] people to come work in the company. And that is all to the good, because work-life balance is critical, especially to women.

Our survey found [that] women are more likely to drop out of the workplace at the height of their professional career. They may want to give birth to and raise a child. So [flexible scheduling] is a way to keep women in the workplace.

Is this a policy that only really affects women, though? Say I'm a single guy and I feel like this flexible spending idea doesn't matter much to me. What would you do to disabuse me of that notion?

We also have people living longer [than they used to]. That's good; but it also puts a burden on people who have to take care of their mom or their dad until very late in life. Imagine being the young son of an elderly parent. You're about to start your career, but your mom or your dad is sick. Maybe that's the single parent that raised you, and you would like to have some flexibility to take care of that loved one. [Flexible scheduling] is very important so that your career is not stymied and your parent is not sacrificed.

And I'm not just pontificating about this. We conducted an employee survey of 1,100 people. This is what they told us.

Let me be extra pessimistic one more time. What about the idea that employers might use these policies as a way to forestall having to raise wages? Is that a concern? Or is the dynamic not so zero-sum?

You know, you're asking the tough questions; but when you join a company, if you're able to, you look for the total package, right? You ask, "What would be my health care benefits? What would be my vacation? Do I get a pension? If I don't, where's my 401K?” These are all part of the HR discussion when you're considering a job.

So flex-time and predictive work scheduling, it's all part of a decision that an employee will make based on a company's offer. It doesn't mean that because you have benefits, the pay will go down. If you're offering an incentive package to work for the company that fits the employee, then you're going to get that employee to stay with you for a very long time. I would argue that in addition to financial compensation and health care, there are a number of other benefits employees need.

Listen, a lot of the discussion in this country is about raising the minimum wage — and I support that. We are looking into taking a fresh look at workers' rights in America. We're making sure that companies understand that their employees matter, that they should be part of a company, not simply used by a company. And these are the proposals that are coming up that can bridge the gap between large corporations and the people who work for them.

So how can policymakers encourage businesses to adopt these practices?

What we are looking for in New York City is a legislative solution. We think there's an opportunity to pass both local and state legislation around some of these issues. A lot of this is about bringing employees and employers voluntarily to flex-time. And since I've taken a look at [flex-time], I've had an opportunity to talk to a lot of people; I think there's a real interest in this. A real recognition.