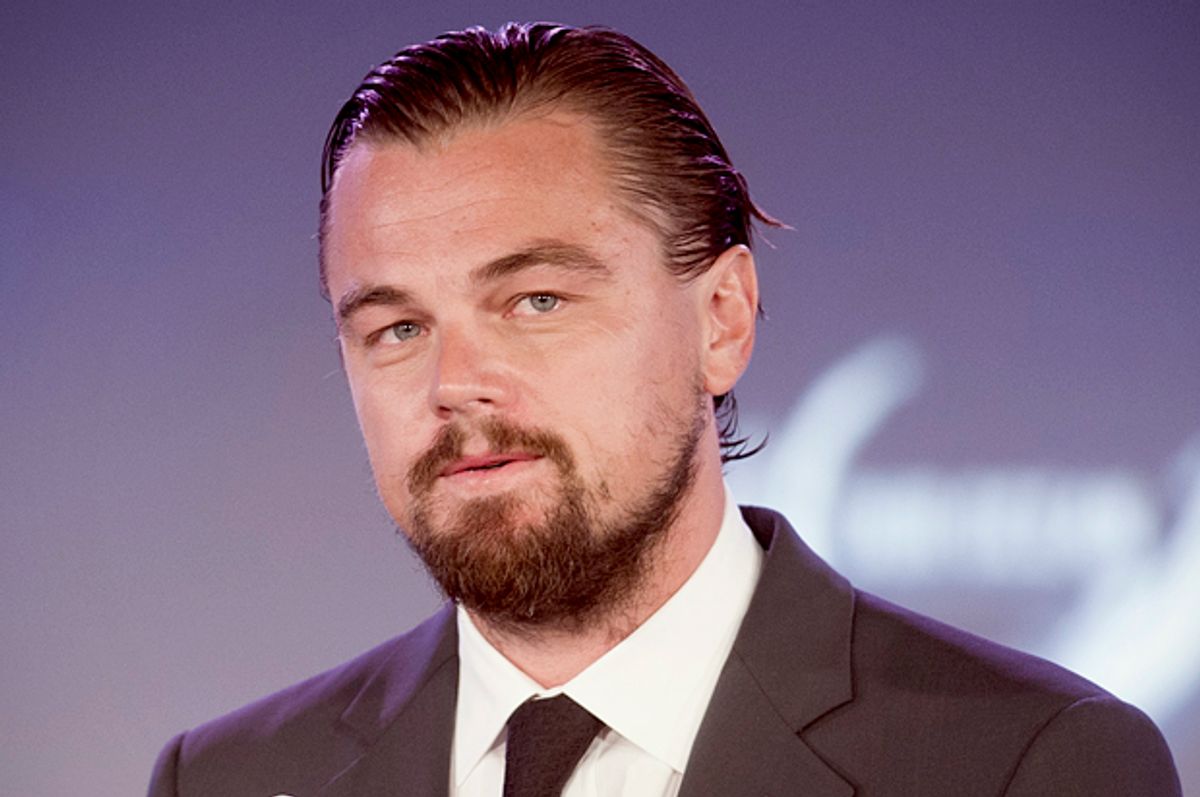 Leonardo DiCaprio wears a lot of hats: celebrated actor, influential environmental activist, founding member of the pussy posse, not to mention that weird newsboy cap he tries to rock sometimes.

One hat he has not donned, however, is that of 15th century Renaissance painter, something that Fox News anchor Shepard Smith was a little confused about when he credited DiCaprio with painting his namesake Leonardo da Vinci's "Mona Lisa" on his newscast yesterday. Watch:

C’mon, Shep -- you should know that Leo only paints French girls. (And the occasional Sports Illustrated model, probably).