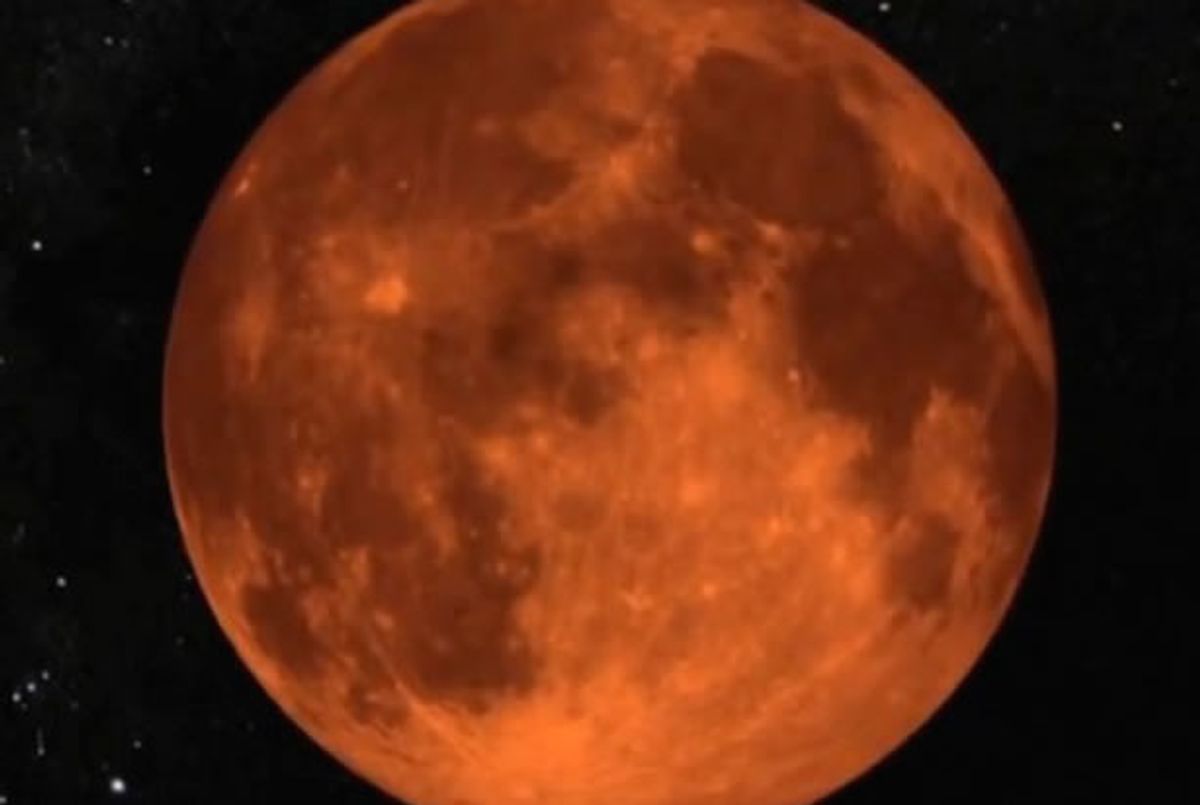 The sky on Sunday night and early Monday morning (September 27th-28th) will feature a so-called "total supermoon lunar eclipse," two rare events that will be coinciding for the first time since 1982.

A "supermoon" is simply the name for a full moon that coincides with its perigee, i.e. the closest point in its orbit with Earth. As the moon's orbit is elliptical, its closest daily distance varies over the course of the year, which means so too does its appearance in the night's sky. On Sunday night, it will be approximately 14 percent larger than average -- and also tinted red.

The tint will the be result of the total lunar eclipse, as the Earth positions itself between the sun and the moon. The reddish hue is caused by the Earth's atmosphere scattering the blue light, preventing it from reaching the moon. Only the red portion of the light will successfully bend around the Earth and reflect off the moon, causing it to appear reddish.

The lunar eclipse will last approximately three hours, beginning at 9:07 EST, but the supermoon portion of the event will only last 72 minutes, reaching totality at 10:47 p.m. EST.

As this is the fourth lunar eclipse to have occurred since 2014 -- and because it will be a "blood moon" -- it's not surprising that those whose minds tend toward things apocalyptic have declared September 28th to be the date that the End Times begin. Check back with Salon Monday morning for breaking coverage of that not having happened.

Watch a brief video about the event below via NASA.