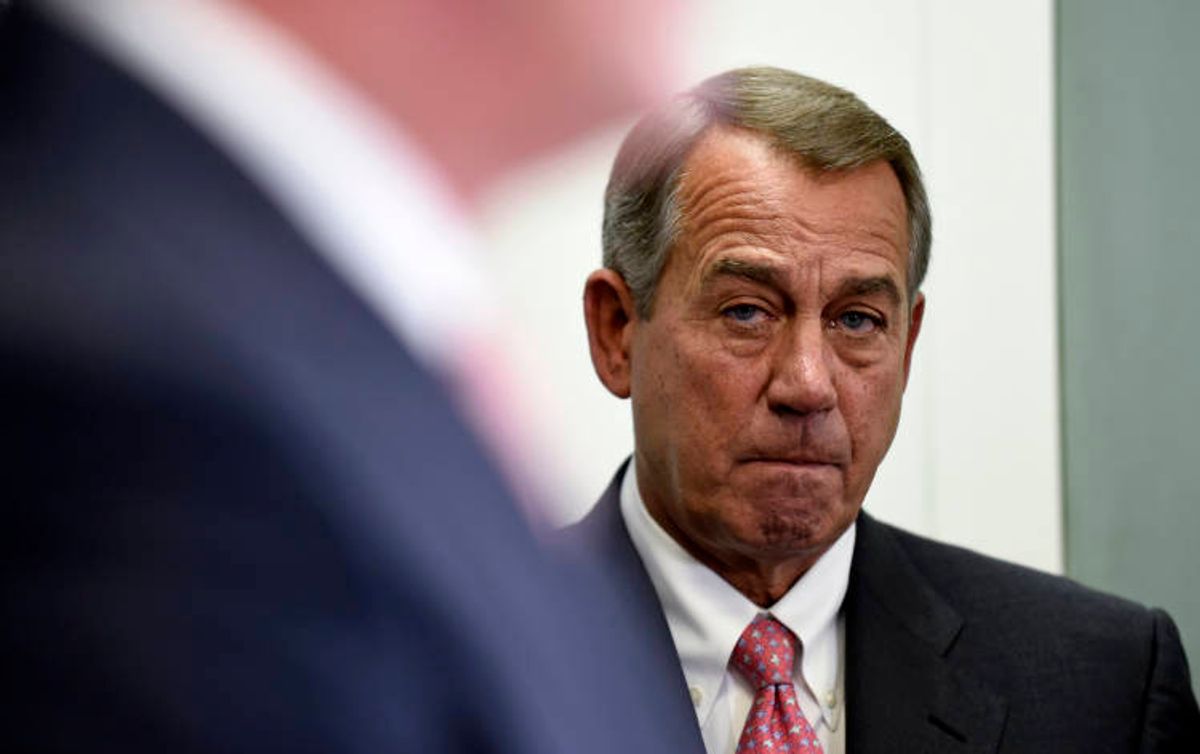 House Speaker John Boehner of Ohio listens during a news conference on Capitol Hill in Washington, Wednesday, May 13, 2015. The House debates and votes for final passage on NSA Surveillance legislation, known as the USA Freedom Act. The measure seeks to codify President Barack Obama's proposal to end the NSA's collection of domestic calling records. It would allow the agency to request certain records held by the telephone companies under a court order in terrorism investigations. (AP Photo/Susan Walsh) (AP)
--

The crowd's excitement at the announcement that Boehner would leave Congress altogether on October 30 resulted in an extended standing ovation.