"My Brother's Bomber": The compelling personal crusade to crack the terror plot behind the 1988 Lockerbie explosion 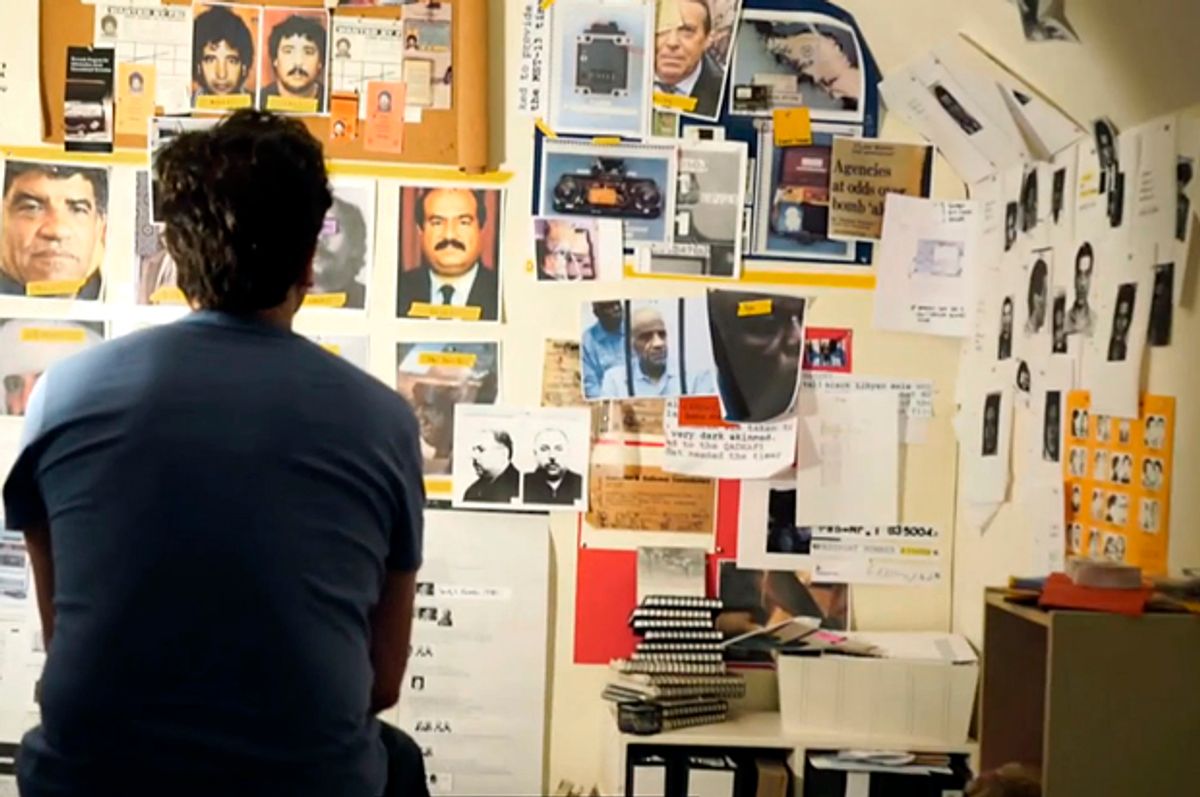 This week’s issue of the New Yorker features an article by Patrick Radden Keefe titled “The Avenger: After three decades, has the brother of a victim of the Lockerbie bombing solved the case?” At first it seems that this lengthy piece scoops, sort of, the Frontline documentary “My Brother’s Bomber,” which is airing in three parts starting Sept. 29; there is little information in the documentary that isn’t covered better in the article. But really, the pieces accompany each other.

Ken Dornstein is the force behind “My Brother’s Bomber” — he is its primary investigator and its primary funder — but because he is so close to the tragedy of Lockerbie, he is the force in front of the camera, too. “My Brother’s Bomber” is as much about his personal journey to come to terms with his brother’s death in 1988 at the hands of terrorists as it is an investigation of who really engineered the crash of Pan Am Flight 103. For the New Yorker, Keefe investigates the investigation; the Frontline documentary is the discussed endpoint of the journey, and the reporter independently analyzes a lot of the footage that Dornstein incorporated into the three-hour series. The result is not exactly two different snapshots of the same story; it’s two snapshots that blurrily overlap each other, taken with different exposures.

Literally, snapshots. The promotional art released by Frontline is Dornstein on a cellphone, looking out the window of a car. The Libyan flag can be seen out the window, hovering in the background. It’s an intimate shot of him in a pensive situation. Meanwhile the photograph accompanying the New Yorker article is starker. Dornstein is looking directly at the camera, almost as if he is surprised at his work by the lens. The flashbulb casts a bright, interrogation room halo on him, and the room he’s standing in. And the room he’s standing in happens to be one of the two rooms in his attic devoted to the investigation, both of which have been turned over into full “Homeland” crazy-wall mode (see: the photo at the top of this story). The viewer is moved to ponder not just the mysteries of Lockerbie, but also to come to terms with what that scale of mystery and tragedy can do to people like Ken, whose older brother died at the age of 25, when Ken was a sophomore in college.

“My Brother’s Bomber” is just another chapter in the story of Ken coming to terms with the tragedy; in 2006, he wrote “The Boy Who Fell Out of the Sky,” about his brother David’s unstable charisma and mysterious death. (According to the New York Times, in a class, David actually wrote a draft of a “fictional autobiography”: “The story of an unknown young writer who dies in a plane crash, leaving behind a cache of papers and notebooks that the narrator stitches together into the story of the writer's life.” That is, of course, exactly what Ken ended up doing.)

The Lockerbie crash of 1988 was not that long ago, but as the documentary demonstrates, in terms of national security, it was a palpably different era. The crash was particularly horrible, and the difficulty of finding the perpetrators was particularly complex. The bomb ruptured the fuselage of the plane, which then broke apart midair; it is thought that most of the passengers were alive for the six-mile drop, until they hit the ground. Personal effects and remains were thus remarkably intact: David’s passport and the pack of cigarettes on him were returned to his family. As Dornstein tells Keefe, the bodies of the children on the plane were found farther away from the crash site because the wind swept their smaller bodies further.

The U.K. investigated the bombing, and the U.S. sent agents, but this terrorist act caught them flat-footed, and the additional problems of a divided Germany, a fading Cold War, and the iron fist of Muammar Gadhafi in Libya made finding the terrorists a delayed and ultimately thwarted endeavor. The New Yorker story relates how a fragment the size of a thumbnail—found miles away from the crash site—ended up leading investigators to the make and model of the timer attached to the bomb.

The deceased David, shown in old footage put into the documentary, is ebullient, creative, larger than life. Ken Dornstein, by contrast, is a reserved man, one who can recede into the background. He pursued investigative skills and documentary filmmaking early in his career, with the puzzle of Lockerbie in the back of his mind the whole time.

In 2009, the only man imprisoned for conspiring to bring down Flight 103 was released from Scottish prison on compassionate release, because the convict, Abdelbaset al-Megrahi, was thought to be dying of prostate cancer. That appears to have been the catalyst for “My Brother’s Bomber”—Megrahi was not just alive, but released. But Dorstein couldn’t travel to Libya while it was under the rule of Gadhafi. In 2011, during the world-changing Arab Spring, Dornstein found his chance, and enlisting the help of his contacts and a seasoned crisis-zone filmmaker (Tim Gruzca), he crossed the border into Libya in the back of a car.

On premise alone, “My Brother’s Bomber” is compelling. In practice, it’s even more so, despite being far less clear. Frontline only released the first episode, saying that “Ken's reporting is still very much unfolding” for the following two episodes, which air Oct, 6 and 13. The first hour has the sensibility of going down a rabbit hole. The cinematography is superb—choppy, layered and of varying fidelity, as cameras go into homes or film from vehicles. The effect mimics Dornstein’s lifelong effort to sift through the layers of evidence to find what might be the essential truth of David’s death.

In the months of collapse of Gadhafi’s regime, whole neighborhoods of Tripoli are abandoned; compounds are ransacked and abandoned. With frightening ease, Dornstein and his crew are able to find troves of interrogation tapes, caches of memos, and the libraries of Gadhafi’s inner circle. Dornstein has a list of likely suspects, all of whom were very close to Gadhafi; most are dead or disappeared, and as the regime collapses and another is built, some of his suspected accomplices end up in Libyan prison, awaiting trial.

Much like Andrew Jarecki’s Emmy-winning “The Jinx,” the fact-finding mission is the spine for a less bounded and more haunting story. Unlike “The Jinx,” though, this story is one of a seemingly inexhaustible fount of grief, as tragedy begets tragedy behind borders and within walls. The political, as we say, is and has always been personal. Ken Dornstein’s story is a reminder of just how personal.