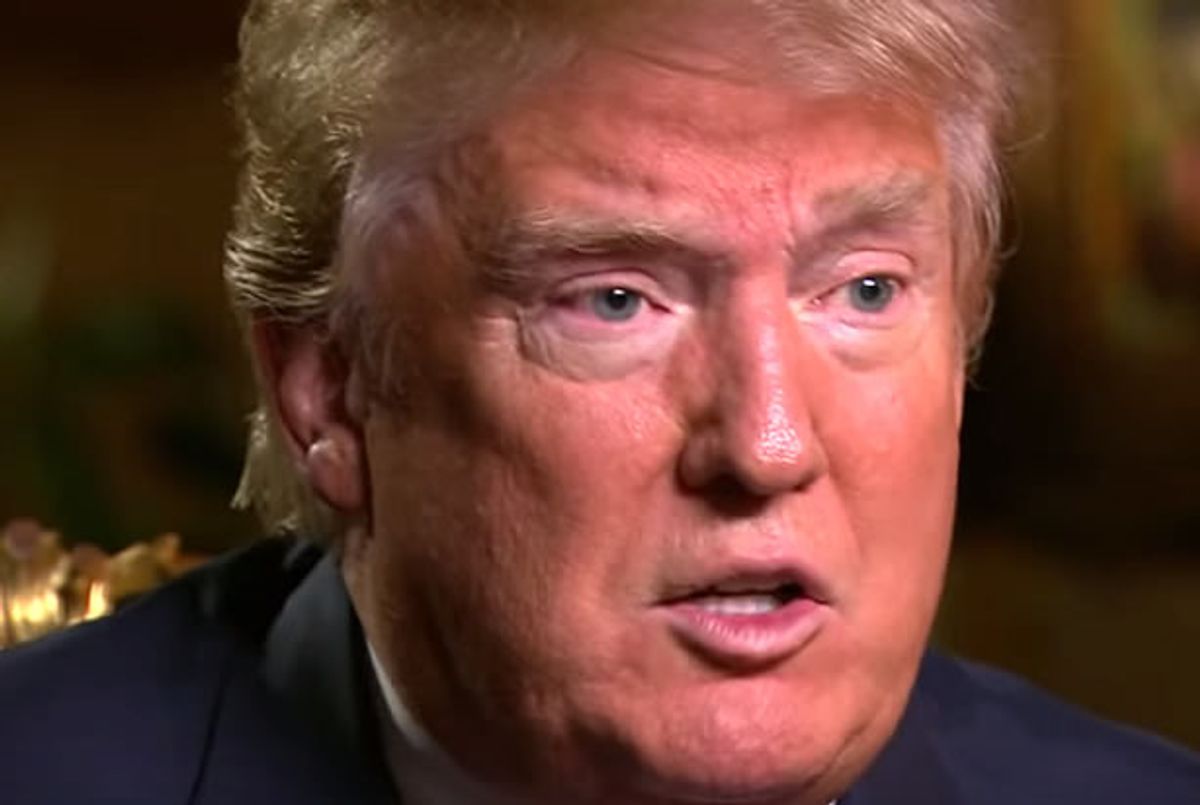 Republican front-runner Donald Trump spoke to "60 Minutes" about his feelings about Muslims, beginning with his remarks at a recent New Hampshire event in which he claimed that he's "going to be looking into" how to "get rid" of them.

Scott Pelley asked why he "let [it] pass" when a questioner at the town hall said that "we have a problem in this country -- and it's Muslims." Trump replied that that "was only part of what he said," and that "he went on to say other things."

"But the bigotry part?" Pelley asked.

"Look, most of that question was about Obama," Trump replied, clearly unwilling to alienate his dwindling base by acknowledging that Islamophobia might be a bad thing. "I don't have to defend President Obama, he's not going to defend me."

"It was a testing moment for a man running for president," Pelley said.

"Here you had a bigot that you could have slapped down," Pelley said.

"'We have a problem in this country, and it's Muslims'" Pelley said, quoting the questioner.

"Yes, there's a problem in this country and it's Muslims," Trump replied, seemingly endorsing the proposition. "Look, I have many, many Muslim friends, living in this building. Muslims, they're phenomenal people, but like everything else, you have people where there are problems."