Benghazi probe has now lasted longer than the Watergate investigation 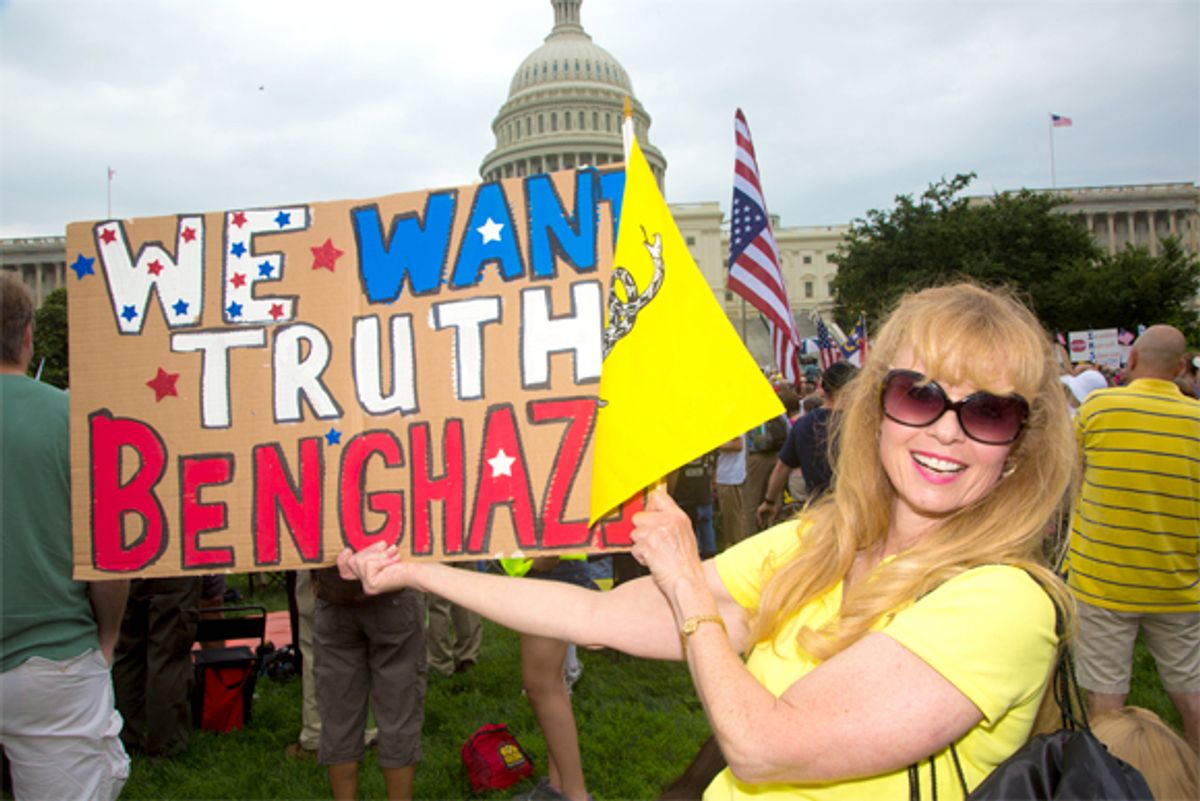 Correction: An earlier version of this story misstated that the committee was the longest running special congressional investigation. As Politifact noted on Friday, there have been at least four longer lasting special committees.

Clocking in at one year and five months, the House Select Committee on Benghazi just became one the longest running special congressional investigation in American history, noted The Hill today.

Established on May 8, 2014, the nearly 17-month inquiry ostensibly into intelligence failures surrounding the death of four Americans has increasingly focused on the actions of Democratic presidential candidate Hillary Clinton, spurning offshoot investigations into her use of personal email while at the State Department.

Congressional oversight has regularly included the formation of special committees to investigate matters of national import but some other significant historical events were notably given less Congressional consideration than the attacks in Benghazi. For example:

In a June op-ed, the ranking Democrat on the committee, Maryland's Elijah Cummings, estimated that the investigation could end up costing taxpayers more than $6 million. It's already cost upwards of $3 million, more than the budget of the entire House Intelligence Committee. On the Republican side, the 18-member staff enjoys an average full time salary of $128,750 per year.

For their part, Republicans on the panel blame the Obama administration for slow-walking the investigation.

“Maybe if committee Democrats had sent one request to the executive branch, or signed onto a letter, instead of running a rearguard action for the Clinton campaign, perhaps the administration would have hastened its cooperation,” wrote committee communications director, Jamal Ware.

The committee will become the focal point of political attention as Democratic presidential candidate Hillary Clinton is set to testify before the panel on October 22.