That's the problem with running for president as a Republican. 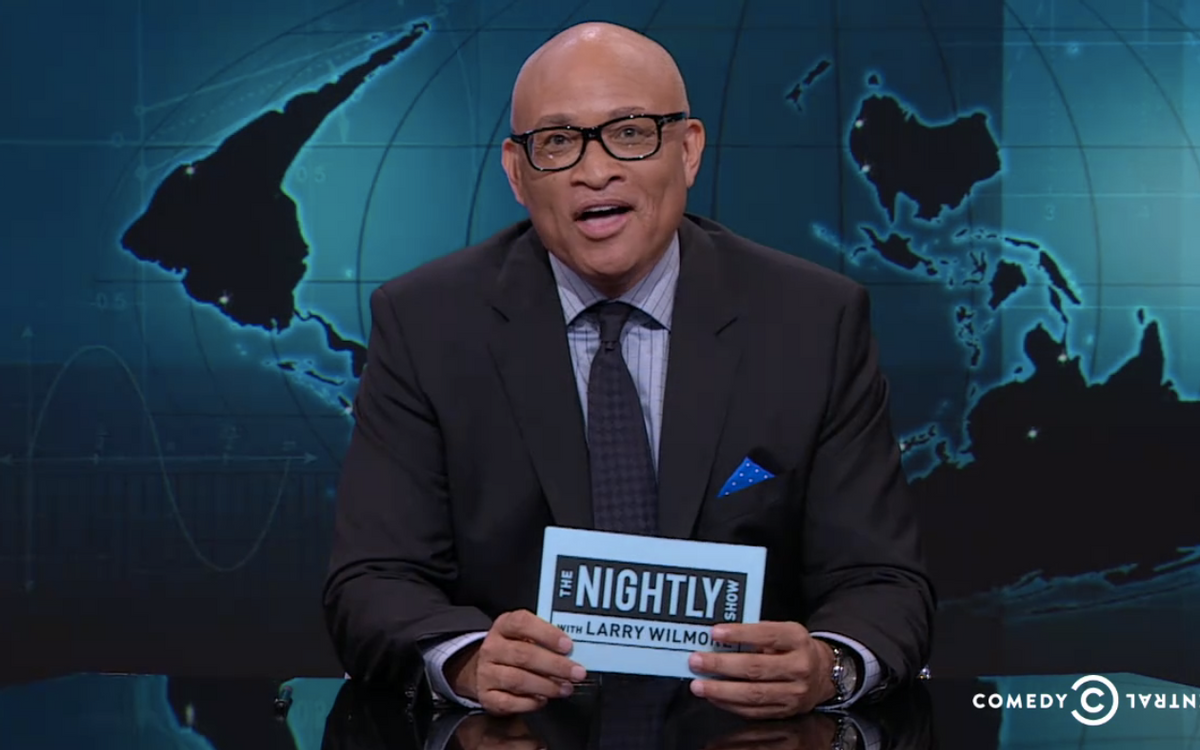 When Jeb Bush said that African Americans wanted hope and aspiration, not "free stuff," it sent a shockwave of head-shaking across the black community. On Monday's "Nightly Show with Larry Wilmore," panelists (including comedians Mike Yard and Rory Albanese with activist DeRay McKesson) lit-up the Bush comments as not only racist but indicative of someone far too sheltered from reality.

"It seems to me like there's this view that black people think that the United States is Best Buy and we're just waiting to loot it," Wilmore said to McKesson.

"Jeb's comments act like history doesn't exist," McKesson said. "And free means you've got something that you haven't paid for and he comes from a legacy, and he hasn't earned the stuff that he has."

Albanese said that Dr. Martin Luther King, Jr. didn't have a t-shirt cannon during his "I Have a Dream" speech and Yard agreed he's never heard protesters chant "no free stuff, no peace" while protesting for the Black Lives Matter movement. "We're usually asking for expensive stuff like justice and shit. Equal rights..." Yard said.

DeRay said that the 2016 Republican Primary contenders haven't actually talked about race beyond issues like immigration as if the language "doesn't exist for them." The GOP seems to speak in terms that ignores black history and erases both the people and the struggle where many paid with their lives. "I don't think any of them would say this has been for free," he said.

But the moment that truly crushed the disturbing Bush belief that all African Americans really want is free stuff came when white comedian Rory Albanese alleged that Bush needs to get some black friends and Yard claimed a Republican can't win doing that. "I feel like Jeb and those guys should probably hang out with people outside their circle. Because, I feel like sometimes like I get pulled over and the police are just checking on me. They're like: 'You ok?' And I'm like: 'Yeah! I feel good!' ... 'I don't have a license.' 'You don't need a license! Get outa here!'"

It is as if GOP voters punish candidates who have real or meaningful contact with black voters. "Jeb Bush can't win the Republican nomination by being nice to black people," Yard said. They recalled the now-infamous Chris Christie hug to Barack Obama which tea party candidates and their supports seem to think somehow rubbed some black off on him so now he's not one of them anymore. Another example was when John McCain called then Senator Obama a "decent family man" which hurt him with republican voters.

Then how do they explain Ben Carson? Carson does't talk about so-called black issues. "They talk about God, family, and country," DeRay said. "But it's God until it's about poor people, it's family until family is same-sex and inclusive, and country until it involves black people."

You'll want to watch it below. More people should be talking about this: