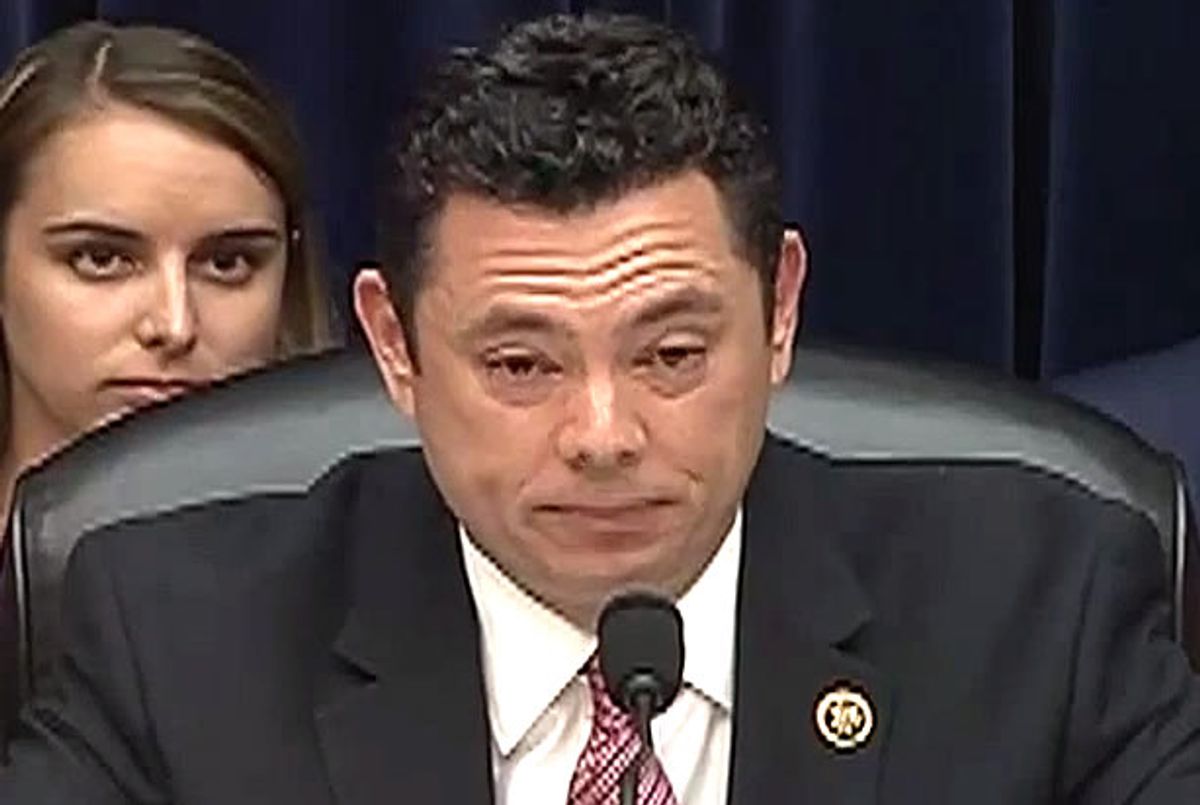 Utah Representative Jason Chaffetz opened the House’s Oversight and Government Reform Committee's hoax-inspired hearings into Planned Parenthood by tearfully implying that the organization is responsible for the deaths of his parents, both of whom succumbed to cancer.

Chaffetz -- who was on "Fox & Friends" earlier that morning sounding very confused about the evidentiary value of the videos behind the hearings -- began by noting that his wife works for a plastic surgeon who treats women who have had mastectomies. He lamented, and not for the last time, that Planned Parenthood doesn't perform mammograms, though he neglected to mention that like almost all gynecologists in private practice, the organization refers women to a radiological center for that particular procedure.

"Cancer in this country kills about 1,500 people a day," Chaffetz said. "A day -- and yet our federal government only spends $5 billion to fight it. If they were shooting 1,500 people a day, if there were rockets coming in, we would be fighting this with everything we’ve got."

"Every time we spend a federal dollar," he added, "what we’re doing is we’re pulling money out of somebody’s pocket and we’re giving it to somebody else."

Chaffetz estimated that if Planned Parenthood were defunded, the federal government could "quadruple" the amount it spends on cancer research, possibly leading to cures that could have helped those stricken with the disease, like his parents.

That wasn't the only rhetorical gambit Chaffetz attempted. Later in the hearing, he presented a slide purporting to demonstrate that "abortions [are] up -- life-saving procedures down" that "comes straight from [Planned Parenthood's] annual reports."

Planned Parenthood's President Cecile Richards said she was unaware of those statistics. Moments later, she added that "my lawyers just informed me that the source of this information is Americans United for Life, an anti-abortion group. I would check your source."

"It doesn't feel like we're trying to get to the truth here," she said.

Watch Chaffetz's entire opening statement below via the House Oversight and Reform Committee.