The family-values friendly Jud McMillin claimed his phone was "stolen in Canada," but resigned in disgrace anyway 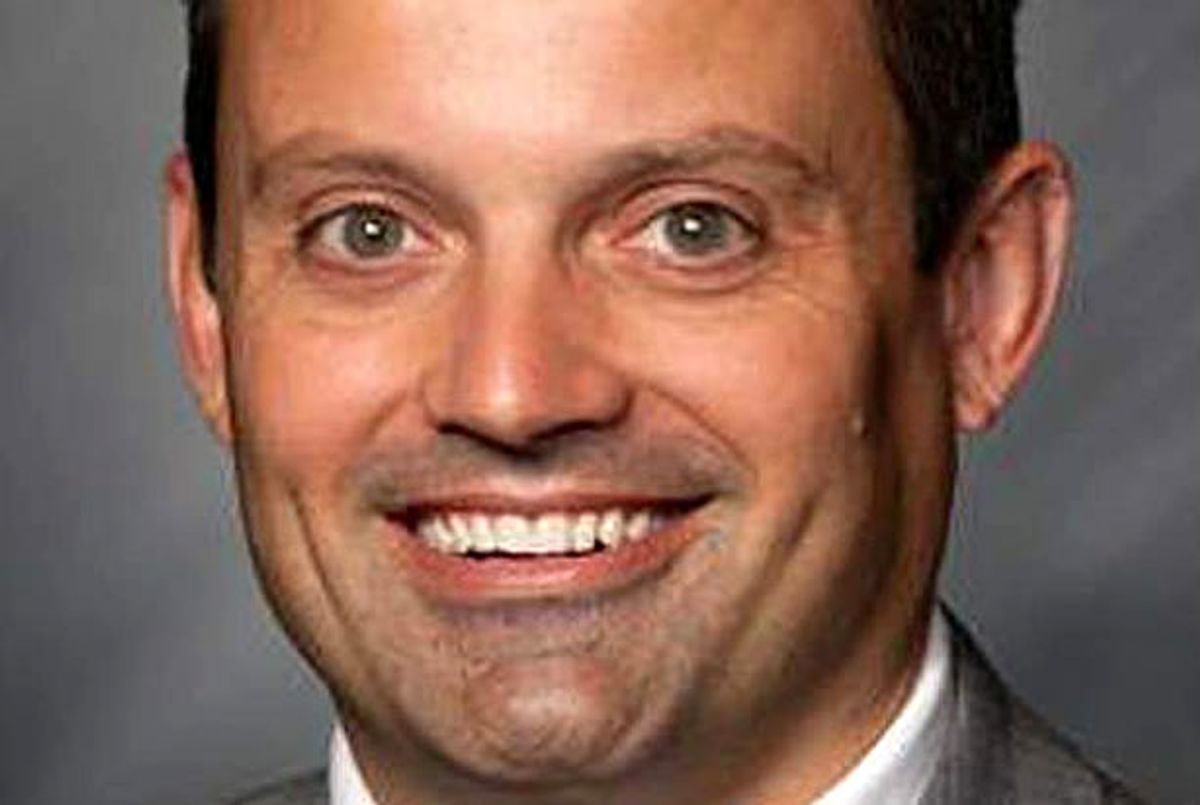 The controversial House Majority Leader in Indiana -- he cosponsored the state's "religious freedom" law -- resigned suddenly on Tuesday after a sexually compromising video was sent to all of the people on his "Contacts" list, the Advocate's Bil Browning reports.

After news of the mass-texting began to circulate, Representative Jud McMillin (R) claimed that his "phone was stolen in Canada and out of my control for about 24 hours. I have just been able to reactivate it under my control. Please disregard any messages you received recently. I am truly sorry for anything offensive you may have received."

But his "Canadian girlfriend stole my phone" defense apparently didn't convince many of his "Contacts" -- or at least, not the ones who mattered -- and so Tuesday night he released a statement in which he said that the "time is right for me to pass the torch and spend more time with my family."

During his five years in the legislature, McMillin has crusaded to "protect the integrity of the institution of marriage," but the Advocate reported that the woman on the video he texted was not, in fact, his wife. According to his campaign website, he claimed that "the family has always been the foundation of our strength of community" and that "[i]n these times of turmoil the rest of the country could learn something from our example."

It's unclear what the rest of the country could learn from his example at this time, other than -- perhaps -- opposing LGBTQ rights across the board could have karmic implications for conservative Republicans with a proclivity for taking videos of themselves cheating on their wives.