Trevor Noah continues to fumble: The rookie host doesn't quite get the delicate "Daily Show" balance

Between ISIS and Hillary Clinton, the new "Daily Show" host left a lot of material on the table last night 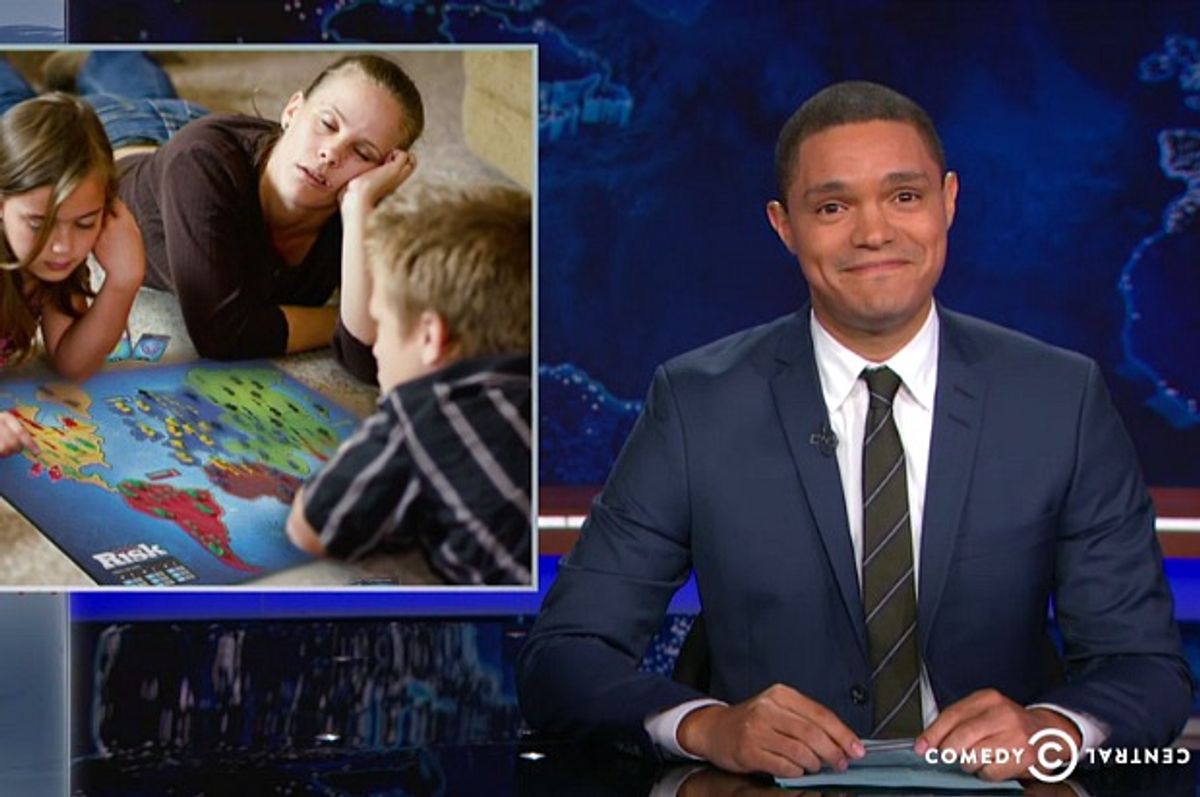 After a pilot episode of in-jokes and softballs, the second episode of “The Daily Show With Trevor Noah” went for some more in-depth material. Somehow, the effect was of an episode that was overall more funny, but with fewer funny isolated moments; a necessary calibration, possibly. Rookie host Trevor Noah went after President Obama’s awkward day with Russian President Vladimir Putin before pivoting to “investigate,” with only some sincerity, how ISIS makes money and how American candidates for president are pandering to young people.

Despite getting into some of the critical, comedic work that makes “The Daily Show” so indispensable, the longer bits also exposed more of Noah’s weaknesses. The humor of “The Daily Show” frequently requires its host to be the straight man to the absurdity of the clips or the sketch-style comedy of the correspondents. Noah has a bit of trouble ceding the floor to the silence necessary to make a joke land. Indeed, he isn’t always cognizant of what his role is for the audience—which is less joke-teller and more an emoter-in-chief. The Putin/Obama segment sailed without too much trouble, but this bogged him down a little in the ISIS segment, where Noah could not quite finesse the admittedly difficult balance between mocking idiocy and denouncing evil. Can you imagine what Stephen Colbert would have done with the observation that ISIS is celebrating 9/11, a terrorist attack they did not even perpetrate, by minting gold coins with the World Trade Center on them? Or the face Jon Stewart would have made while watching the correspondents’ fake Home Shopping Network for Palmyrian antiquities, while clutching his sheets of light blue paper?

Noah’s real success was the “Panderemic” segment, where he observed Marco Rubio talking up Tupac and Biggie, Kanye West and Ben Carson making public overtures towards each other, and Lena Dunham’s interview of Hillary Clinton on her newsletter Lenny, which launched just yesterday. Rubio is an easy target; West and Carson are more difficult, but with a Kardashian joke and a quick impression of Carson’s narcotic delivery style, Noah pulled both off. But Dunham and Clinton are harder to tackle, and Noah had some trouble finding the humor. There’s a lot to say about the perplexing existence of an exclusive Hillary Clinton interview on Lenny—about journalism, the conflation of celebrity and politics, the desperate repackaging of Clinton as “girly,” and hell, even the name of the newsletter, which is flat-out terrible. But Noah went for low-hanging fruit—Dunham’s face when Clinton said she identified as a feminist was so over-the-moon happy, Noah said, in a way she hadn’t been since HBO’s offices went clothing-optional. A nudity joke referencing “Girls?” What is this, 2012?

Perhaps more understandably, his dig at Clinton wasn’t much of one, either; he laughed at her non-enthusiasm when she described the process of voting, but he’s probably laying aside any real (and low-hanging) barbs until after he’s determined whether or not she’ll be a guest on the show. The closing joke of the segment went not for condemnation or mockery but for wry acknowledgement of a job well done, and that was to both Dunham and Clinton for making a joke about Lenny Kravitz’s penis. It was a tone he was much better at deploying.

While Noah becomes comfortable in with his position, he’s leaving a lot of unused material on the table; there’s so much slack that could have been picked up in this episode, especially with the interview segment—with Whitney Wolfe, CEO of Bumble, a dating app. Wolfe was a little anxious on the show, and both she and Noah got mired down in some gender essentialism that they would have done better to avoid (men are like X; women are like Y; gay couples, men and women, are like Z). But what interested me was how interested Noah himself was in the topic—he seemed to want to address how women feel in dating, and what these differences in behavior might mean, but was unable to create a rapport with Wolfe until just a few seconds before the end of the interview. As someone who interviews total strangers myself, I do sympathize; but maybe Noah’s prep needs to be different, if this is such a sticking point. He ended the interview by mocking himself, a bit, and suggesting he join Bumble; Wolfe complimented his Instagram profile photos—and added it was likely women would message him often. Noah’s response was very cute, as usual; the question is, how far is cute going to carry him?