I hated not being white: The lies I told just to fit in haunt me still

I wanted to get away from the burdens and preconceptions of being Asian. But I didn't even know myself 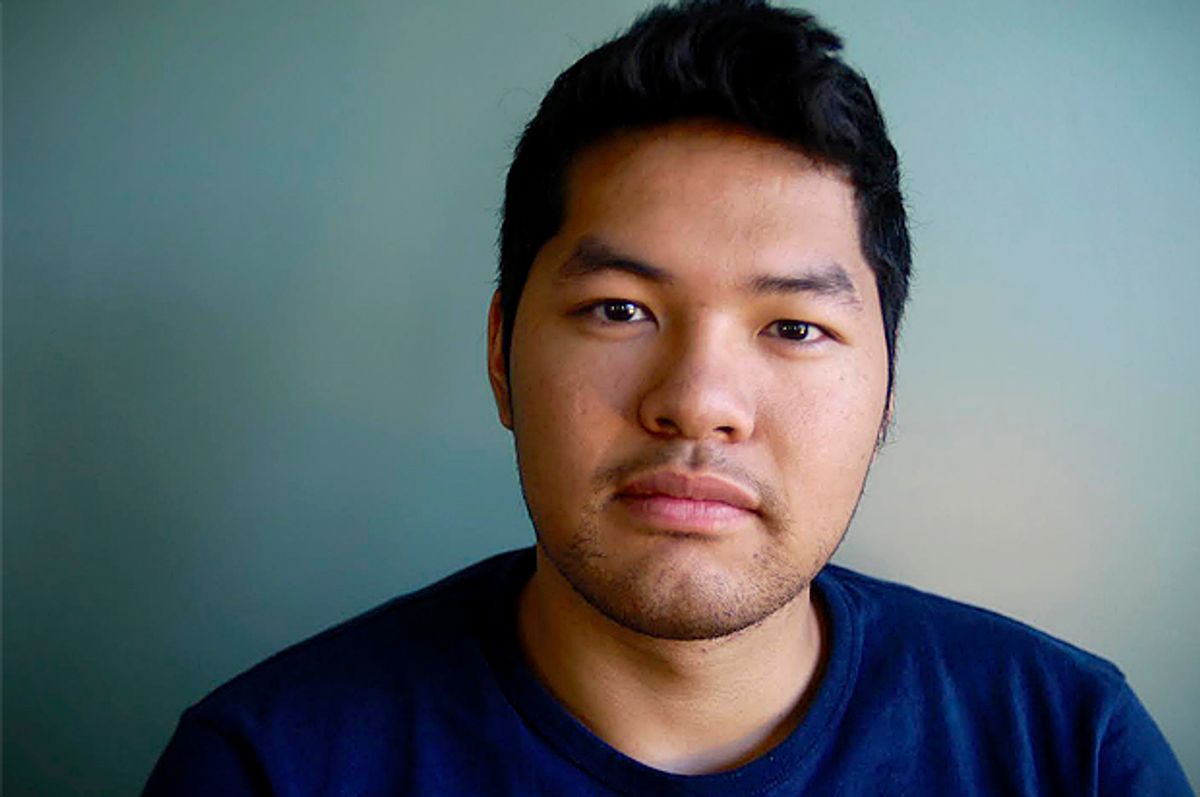 “What do you think your name should be?” my dad asked me.

We were parked outside my new elementary school on Elm Street, I was excited: How many children get to choose a new name—and, by extension, a new identity?

I told my dad I wanted to be called “Ken,” a Japanese- American name, and, importantly, the name of a Street Fighter character. He suggested “Tom,” a name that would obscure any Asian ancestry.

Tom was close to the name my parents gave me: Tung, a Vietnamese name after the Tung tree meaning strength and fortitude. I had neither during my childhood; I was timid, so they called me Diệu, a girl’s name. Because of this, my identity existed in discrete units, fractioned out. At home I was Diệu, at school I was Tom, and on any official record I was Tung.

In my family, names were more than what people would call you. Parents would name their sons and daughters names that would signify traits they wanted to imbue in them. Names had powers. But when my parents and I immigrated to the U.S., names were just that: names. They were tools, not symbols. They were used to identify, not signify; utterly utilitarian.

In my family, my sister and I had the most Asian names. After my parents passed their naturalization test they changed their names to Steve and Kim. They gave the children they had after me far more white-American names: Tina, Justin and Brendon.

Why did I have to change my name?

I asked my dad this as an adult. He said he knew it would be easier for me and easier would be better. “It’s better to go with the crowd than to stand out,” he told me. And I believed him; he loved this country and the opportunities it gave him, even if at times it was awful. “Chink” and “gook” are words he didn’t understand, but I could, though I wouldn’t tell him what they meant.

In some ways, I knew my dad was right; it probably was easier for me to make friends as Tom than it would have been as Tung. It was easier to live where we did without the stigma attached to a more ethnic name. Yet, changing my name didn’t change how I looked: Asian. Epicanthal folds, pug-shaped nose, black hair, brown eyes. These are features a person can’t escape.

In elementary school I auditioned for the lead of the school musical and instead was cast as Confucius (I was the only Asian person to audition for musical theater). At Asian restaurants, friends turned to me as an expert on cuisine and culture. In public, I’m not considered a threat but a model minority. Here is the thread that connects these experiences: I am seen as a representative of a race. Through no choice of my own, I represent Asians and Asian culture in settings where Asians are in the minority.

I never asked for this role. It’s a role that was given to me based on my identity and the perception of others. And here was the seed of my own self-hatred. I didn’t want to play the representative of some ethnic minority. I didn’t want to act as a canvas, painted with people’s expectations. I needed distance from this imposed burden.

Throughout high school and into college I was afraid of being stereotyped. I avoided other Asian people because I didn’t want that label, or any label at all. I picked interests that would differentiate me from the stereotypical Asians and limit my contact with other Asian students. I did improvisational comedy, I wrote poetry, I made short films. Instead of treating my racial peers as sources of solidarity, I felt alienated from them.

And, on some level, it felt good, this distancing. I couldn’t help feeling a sharp pang of glee every time someone would exclaim, “I never knew you did that” or “Wow, that’s totally unexpected.” I wanted to exist tabula rasa in the way that many people get to exist without any marked preconception. When they see Tom, I wanted them to think of the unlimited possibilities that could be behind that name. Or even just to think of nothing at all.

I was surrounded by people, close friends, who would say things such as, “You’re not like the other Asians” or “You’re more white than Asian.” At the time, these things didn’t bother me as much as they do today. I didn’t love comments like this but they were an affirmation that my efforts to blend in were working.

Even so, as hard as I worked to exist outside a stereotypical framework, I could never truly escape it, even if I wanted to believe that I had.

One night, at a bar, while I was trying to make conversation with a woman, she rebuffed me with, “I don’t think of Asian men as men. Sorry.” Even faced with this sort of rejection, I still found myself returning, over and over, to white women.

I also had very few non-white friends. I wanted so much to not be judged, to be neutral or blank, that I was perpetuating the racism my name and behavior were meant to avoid. While I was cleaning my own slate, I was filthying the waters around me.

I believed that because white Americans had fewer preconceptions pushed on them, they were somehow freer to choose what they would do, and that this freedom made them more interesting. I thought that because Asians were subject to preconceptions, they would in turn be more predictable and boring. I was pushing my bias onto others, seeing myself as more enlightened  than other Asians.

It was years before I realized that this was happening, that I was internalizing my racism, projecting it unconsciously. Getting there took long conversations with other people who had similar experiences. It took several talks with people in interracial relationships about dating and racial lines. It took discussions with my parents.

Where do I go from here? Now, when I see someone, I do check myself. I run through a mental flow chart to detect where my biases are. I want to identify them and I want to erase them. I don't want to live life to escape others' expectations. And the first step is to acknowledge where I have failed.

These days, when I think about my name, I feel the push and pull of Tung and Tom. I feel like I’m cheating on the past. I think of how I can compromise the tug of all my identities. Maybe people can call me T. Phan or T. V. Phan. Yet I also think of how such a compromise would affect others' perceptions of me, and my perception of myself. It would be all too easy to relinquish a culture to which I am only tenuously tied. And I’m afraid I can’t turn back.

Tom Phan lives in Cambridge, MA. He graduated from Brandeis University and is a current medical student at Tufts University School of Medicine.