Matt Damon apologizes for diversity flap: "Oh my God, I look like an *sshole" 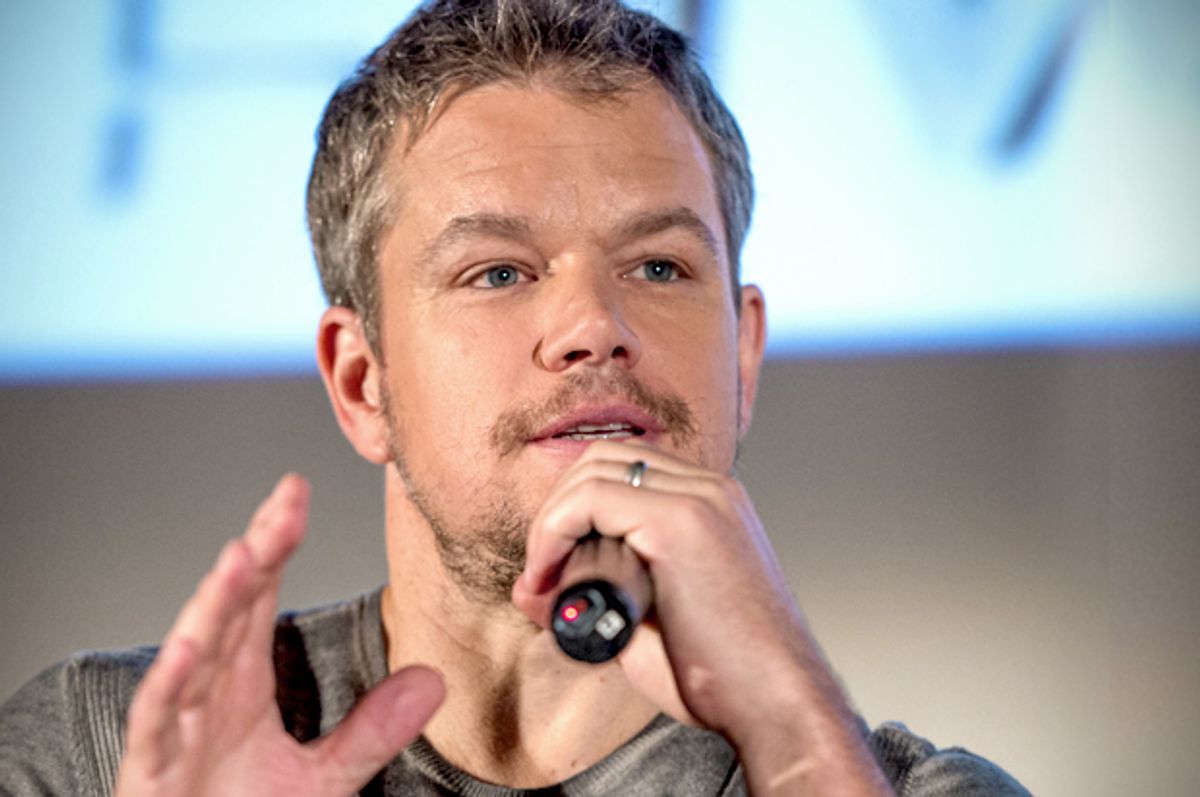 Matt Damon has had some bad press lately, from his controversial comments on diversity during the “Project Greenlight” season premiere to his intimation that gay men's careers would benefit from keeping their sexuality private.

In a new interview with The Hollywood Reporter (conducted before Damon’s remarks on sexuality made the rounds) Damon admitted that his comments about race on "Project Greenlight" had been insensitive. During the episode, he shut down African-American producer Effie Brown's concerns about the lack of diversity among the show's contestants, saying that diversity happened "in the casting of the film, not in the casting of the show."

After insisting “there was some context taken out," Damon acknowledged he was shocked when he saw the final cut. "I went, 'Oh my God, I look like an asshole,'" he told THR. "I thought it was a really insensitive thing to say.”