Trevor Noah finally nails it: Why his third "Daily Show" episode was by far the strongest yet

After a rough first two outings, Noah finally seemed to get in a groove (although some worrying tendencies persist) 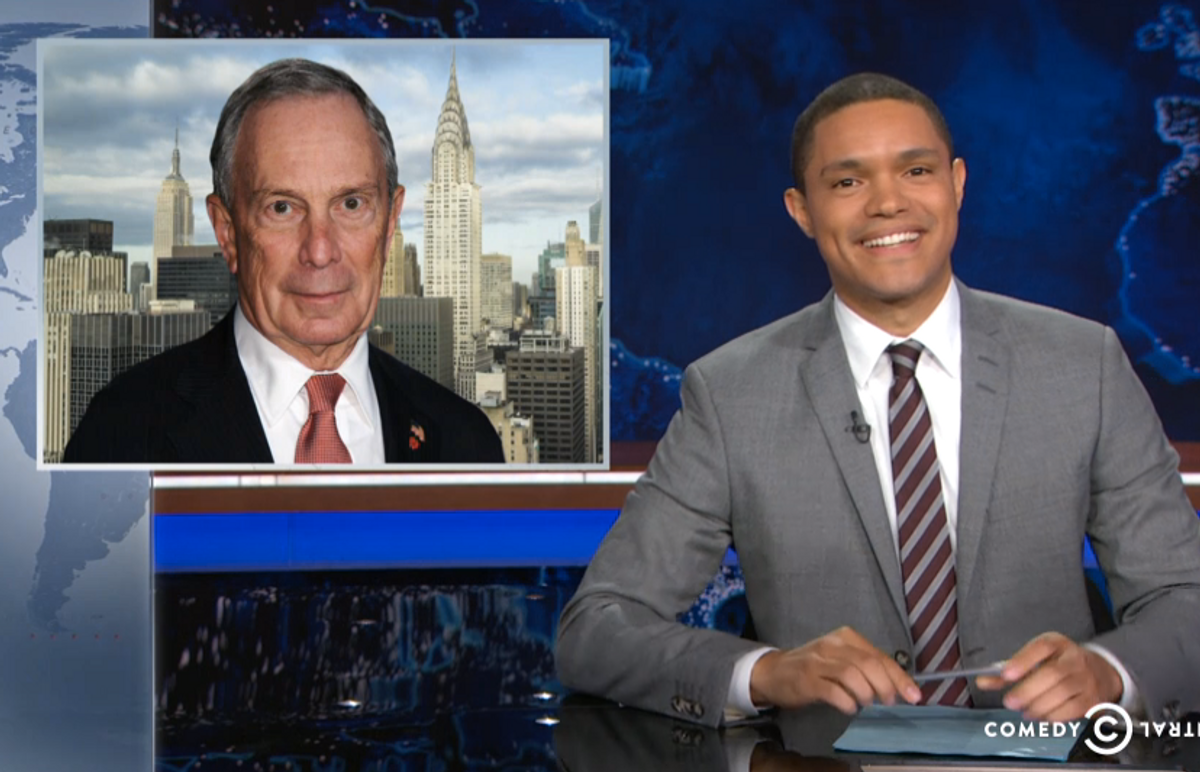 Trevor Noah’s third try as host of “The Daily Show” turned out to be the charm. Last night’s episode was by far the most confident “Daily Show” episode in this debut week, despite tackling objectively harder material—bias training for police and Governor Chris Christie, respectively, are not easy targets. It seemed to me like Noah was simply on his game—settling into the rhythm of hosting, with its back-and-forth between monologuing, listening, and interviewing, all within the bounds of one bounded persona. I laughed out loud at the black-and-white cookie gag, and that was after I’d already paused to call my cat a “baby lion” that poops in a “tiny sandbox,” per Noah’s description. And the opening pre-recorded segment with Jordan Klepper and Roy Wood, Jr. was purely excellent—a long sketch on what is essentially just one joke, which is that black people and white people see police very differently, that found a lot of different ways of illustrating the absurdity of contemporary race relations. (“Empire,” which had just aired on Fox, found its way into the discussion, as did Bo Dietl of Fox News, “nerdy Suge Knight,” and Wood taking a moment to call, on his phone, the assembled masses of #blacktwitter, to inform them that Wisconsin had a bunch of biased cops. It was absolutely brilliant.)

What I appreciated about this was both that the segment really played to Noah’s strengths—the dialogue on race relations—while also letting him take a backseat to the correspondents’ shenanigans; it reminded me a bit of the earlier days of “The Daily Show,” when scene-stealers like Steve Carrell and John Oliver took some of the burden of attention off of Jon Stewart.

It left Noah free to focus on his interview with Christie, and lo and behold, the little piece of advice I threw at Noah yesterday turned out to be prescient. His interview with Christie was breezy and fun, and that may well be because Noah apparently met first Chris Christie at a party (!) on Long Island (!!) while at least one of them was wearing shorts (!!!). Whatever that initial meeting was (and it sounds like a doozy), it clearly softened Noah up enough to question Christie, and in turn made the governor a lot more affable than his rather rigid debate persona.

Was Christie dismantled? Definitely not. The mood was more of mutually assured benefit than interrogation. Noah did get in one good jab at Christie, observing that Christie’s reviled “the government” would logically include the governor as well. But the rest of it was Chris Christie getting a chance to talk about his platform on the national level; when Noah asked him how he was going to get his poll numbers up, Christie responded, “coming on the first week of ‘The Daily Show With Trevor Noah.’” The men then affably shook hands.

It struck me, during this strong episode, that one of the reasons Noah’s humor has seemed so incongruous with “The Daily Show”’s style—both in his first few episodes and even back in his preshow days—is because there’s a streak to it that can be read as mean-spirited, which is entirely at odds with Jon Stewart’s style and ethic. I’m thinking about the body humor, in particular; humor that is targeted at a person’s appearance. To wit: Last night’s episode started with the most confident and hilarious monologue Noah has delivered yet, pivoting from baby lions to disproportionate police violence directed at black people without batting an eye. And yet the tenor of the whole monologue was brought down a notch by just one throwaway joke—a one-liner about Michael Bloomberg looking like a mouse. It’s not exactly not funny, and God knows, Bloomberg can take it, but it strikes me as a kind of dead-end wittiness—an approach that can wring cheap laughs from the audience but then quickly loses value.

Then again, what I have observed about Noah, as a comedian and a person, is that he is consumed by the politics of appearances. One of the reasons his stand-up set, performed at Comedy Central’s first press event with him, focused so much on airports is because airports are a public theater crammed with private individuals—from airline security to immigration to angling for overhead bin space. He can drop into accents and voices without a second thought, assuming the mask, as it were, of vocals.

Noah’s hiring for “The Daily Show” was clearly motivated by a desire to better include the national (and international) conversation about race into the format of “The Daily Show,” and racism is, after all, discrimination that is based on appearances. I acknowledge there might be some grander subtext to it all—maybe a hope that people’s appearances can be laughed at in a way that is inclusive, not marginalizing. At the same time, there’s something patently reductive about comedy that mocks people merely for looking the way they do; it’s just one or two steps up from playground taunting. In a show that aspires to be more than just comedy, it always feels incredibly out of place. I admire the effort, but I cannot see the merits of the approach just yet. After all, the most targeted GOP candidate, in terms of appearance, is his guest (and possible friend) Chris Christie; only Donald Trump’s hair has gotten more negative attention. Is it just that “The Daily Show” will spare its guests who are present in-person? Are fat jokes off the table? Or is it, as I suspect, an acknowledgement of what we all learn in elementary school—that jokes about appearances, while at times quite funny, are universally agreed to be in poor form?