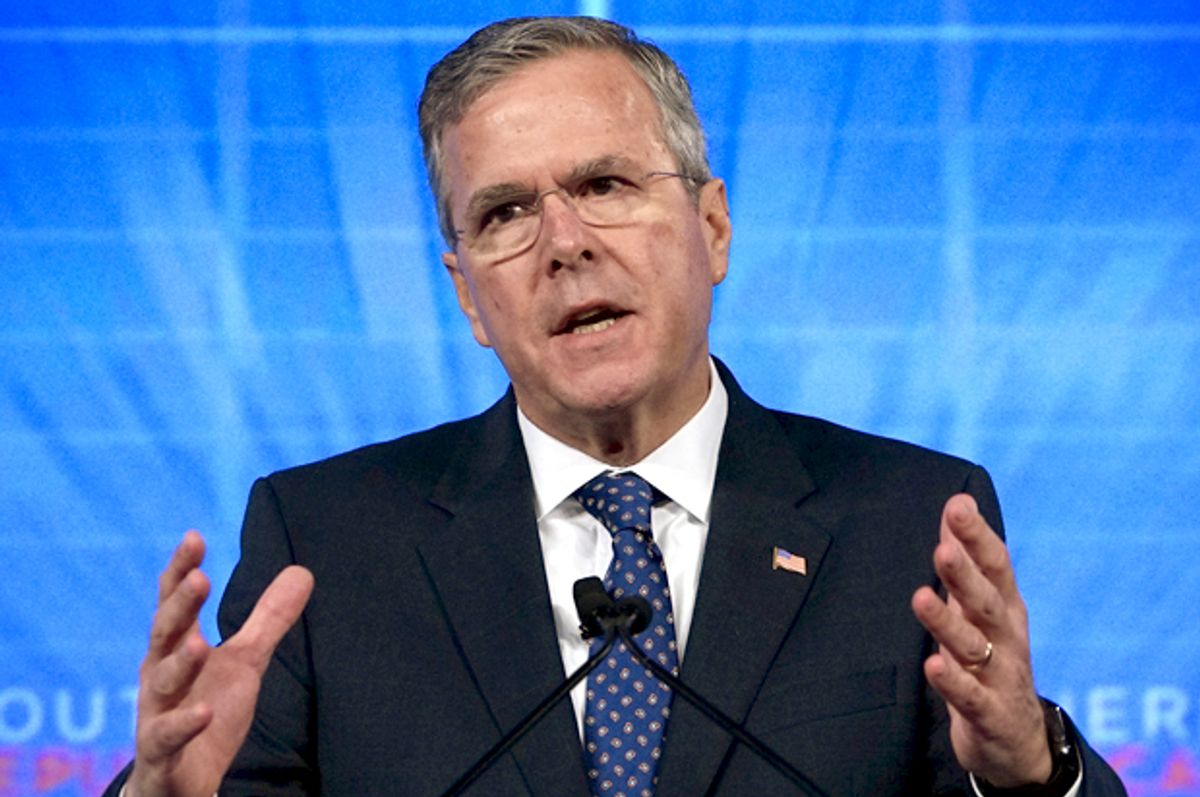 After ignoring the issue of guns, failing to even mention that the killings at Oregon's Umpqua Community College were caused by a deranged man with a gun when he tweeted his condolences to the families yesterday, Jeb Bush is apparently just shrugging off the 45th school shooting in 2015 as another example of how "stuff happens."

"We're in a difficult time in our country and I don't think more government is necessarily the answer to this, I think we need to reconnect ourselves with everybody else," Bush offered in response to a question about the shooting.

“But I resist the notion—and I had this challenge as governor—because we had—look, stuff happens, there’s always a crisis. And the impulse is always to do something and it’s not necessarily the right thing to do."

Bush doubled-down on his remarks when he was pressed by New Yorker Magazine's Ryan Lizza, denying that he had misspoken when he referred to America's latest mass shooting as "stuff happens."

“No, it wasn’t a mistake. I said exactly what I said. Why would you explain to me what I said wrong? Things happen all the time—things—is that better?” Bush said defensively.

Bush's remarks were quick to cause a stir and even evoked a response from President Obama who reacted to news of Bush's comments during a press briefing today with a straight face, saying, “I don’t even think I have to react to that.”

Watch both of Bush's remarks below: