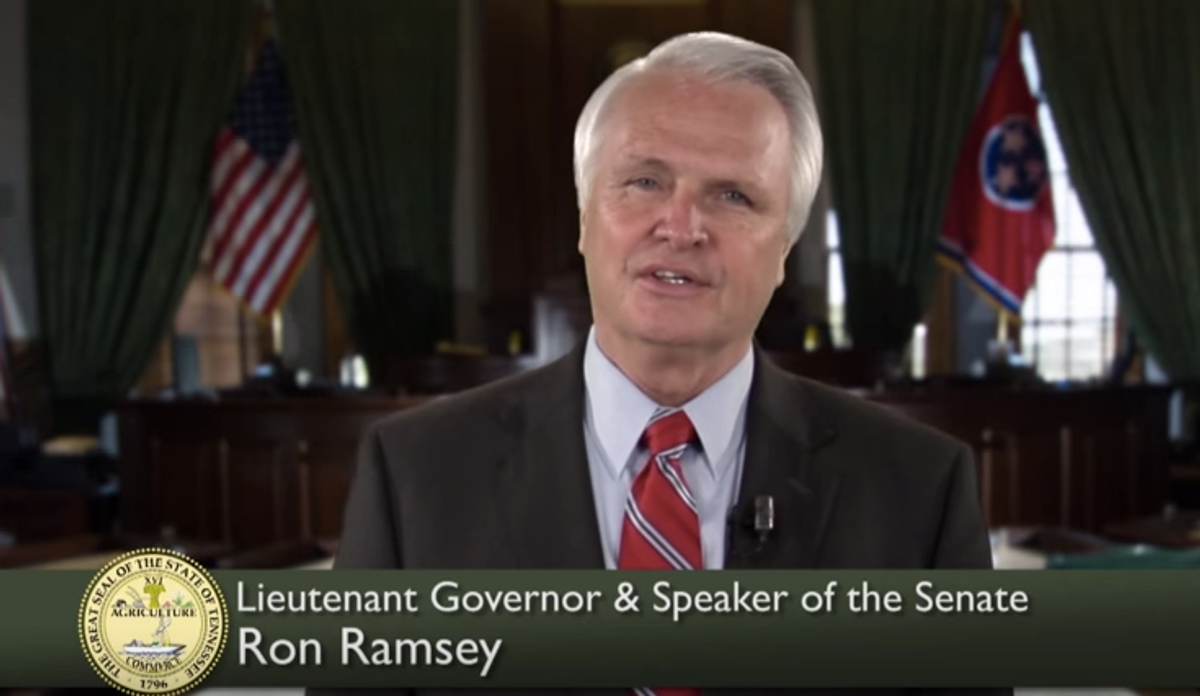 Conservatives have scrambled to connect nearly every recent event to a larger trend of Christian persecution. Now obviously, terror groups like ISIS have singled out Christians for persecution in places like Iraq and Libya but somehow America's religious right has inserted themselves into the mix to paint themselves as victims of a broader attack against the faith. Call it the Kim Davis complex.

The latest examples comes courtesy of Lt. Gov. Ron Ramsey who reacted to yesterday's mass shooting in Oregon by imploring Christians to consider arming themselves with a gun for protection.

There are reports that the 28-year-old man who opened fire at Umpqua Community College on Wednesday, killing nine people and wounding seven more, asked the victims if they were Christians before shooting those who affirmatively answered in the head and shooting those who said no or denied to respond in the leg.

"While this is not the time for widespread panic, it is a time to prepare," Ramsey suggested, reacting to the 294th mass shooting in America this year.

"Whether the perpetrators are motivated by aggressive secularism, jihadist extremism or racial supremacy, their targets remain the same: Christians and defenders of the West," he declared.

Ramsey then urged Christians to get serious about their faith and "think about getting a handgun carry permit."

"Our enemies are armed. We must do likewise," he concluded.

As I scroll through the news this morning I am saddened to read the details of the horrible tragedy in Oregon. My heart...