Esquire's Charles Pierce speculated that Pope Francis had been railroaded by Evangelicals. Turns out he was right 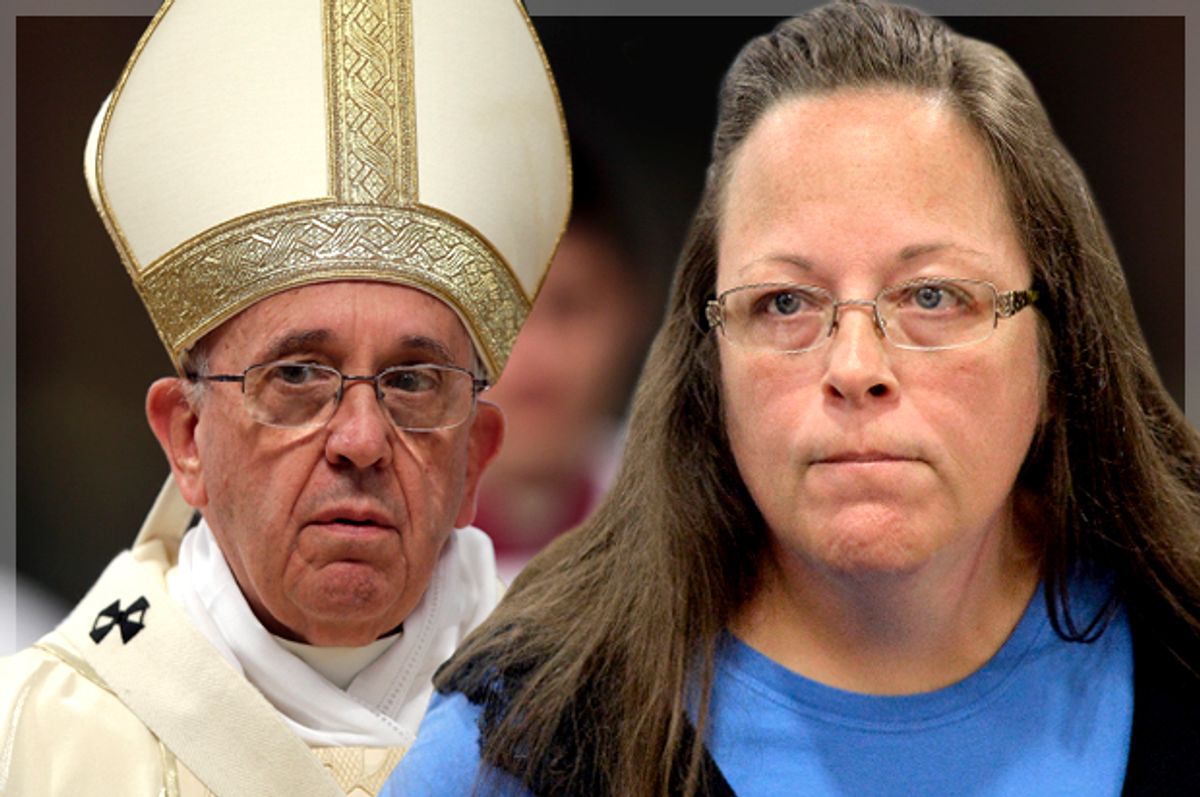 On Thursday, Charles Pierce speculated that the pope was "ratfucked" into meeting Kim Davis, and as conspiratorial as his speculation seemed at first, Vatican spokesman Reverend Federico Lombardi largely confirmed it in a statement released Friday morning.

Pierce wrote that we must "stipulate that there are more than a few members of the Church's permanent bureaucracy, both within the Clan Of The Red Beanie and without, who are not happy that this gentleman got elected Pope, and who are not happy with what he's done and said since he was." If you are one of those people "and you're looking to ratfuck the pope's visit to the United States, and to his agenda in general, you'd be looking to put him in a box."

"So, how would you do that?" Pierce asked, before answering, "I'd arrange for the pope to meet Davis, but not as an American culture war celebrity, but as a devout Christian whose faith is under vague assault." Then, "with the pope safely back in Rome, I'd leak the news to a conservative Catholic website and wait for the inevitable explosion."

Which, according to the Vatican's latest statement, is exactly what happened. "The pope did not enter into the details of the situation of Mrs. Davis, and his meeting with her should not be considered a form of support of her position in all of its particular and complex aspects," Rev. Lombardi said.

"Pope Francis met with several dozen persons who had been invited by the Nunciature to greet him as he prepared to leave Washington for New York City," he continued. "Such brief greetings occur on all papal visits and are due to the Pope’s characteristic kindness and availability."

"The Pope did not enter into the details of the situation of Mrs. Davis and his meeting with her should not be considered a form of support of her position in all of its particular and complex aspects."