Light xenophobia with just a dash of diplomacy! 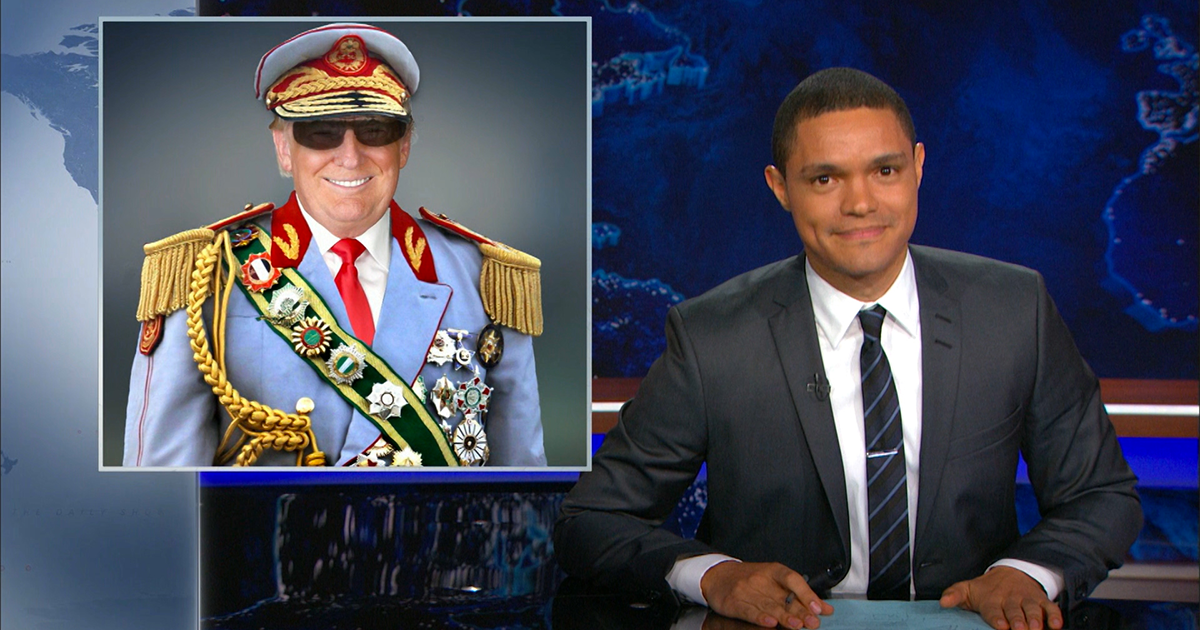 Trevor Noah doesn't see what's so un-presidential about Donald Trump. The new "Daily Show" host said Thursday that it's all in your perception of what "presidential" means.

Noah mentioned Trump's comments during the CNN Debate about vaccines causing autism. "Is this true?" Noah asked. "No. But is it presidential? Depends on where you're from." Gambian president Yahya Jammeh once claimed he could cure AIDS using herbs and bananas saying: "Mine is not an argument, mine is a proof. It's a declaration. I can cure AIDS, and I will." Science is for wimps.

Trump is merely running for president in the wrong part of the world, Noah said. Like Trump, Ugandan President Idi Amin spent a lot of time talking about how amazing he thought he was. "The people like me very much ... I'm very popular ... I am very powerful ... I am the one who has got the money ... I have got a very good brain ..." All quotes that are difficult to distinguish from Trump and Amin.

In fact, Trump is so African-Presidential that he's just like Zimbabwe president Robert Mugabe, Noah says. His brutality is so harsh, Noah claims, it is not only what has kept him in power for 35 years, but also his freakishly Charlie Sheen-style, winning attitude. You're going to want to see the mashup of clips below. It's impossible to tell the two apart!

"This great country's capable of bold leaps," Noah said of his adopted country. "It took one in 2008 when it elected its first black president. Now, in 2016, I say it's time to be bold once more and elect its first African president."