What the f*ck, Nebraska? Why is this dancing pumpkin man on all my feeds?

The video first aired on Omaha's KXVO in 2006, but it has become a tradition to re-post it every October 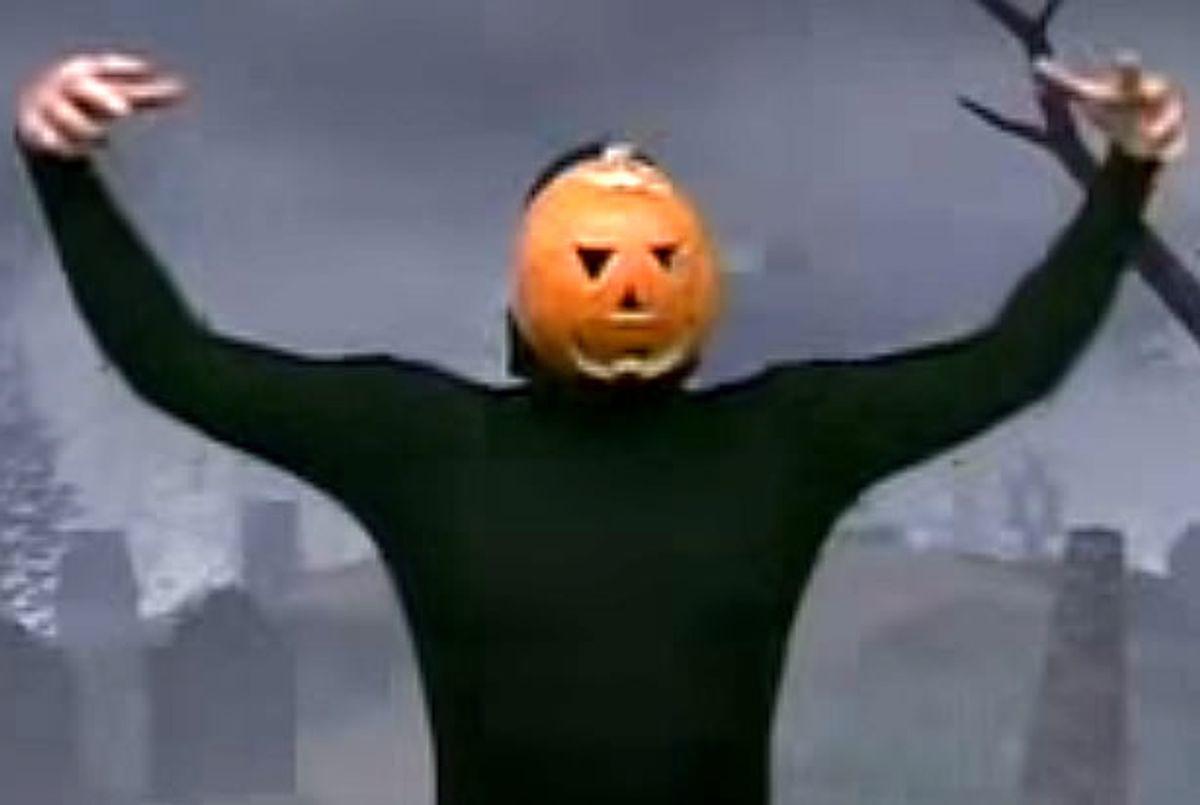 Memes. We know -- just exhale pointedly with us, it's going to be OK. Memes take over your various social media feeds, and you have no idea why, but you don't want to out yourself as an out-of-toucher so you don't speak up.

Fortunately, we're just as confused as you are and have no shame, so we'll ask the nearest child "What in God's name is going on?" for you. In this case, what's going on is that in 2006, a man in a Jack O'Lantern mask danced on Omaha, Nebraska's CW affiliate, KXCO, in a skin-tight leotard to the theme from the 1984 blockbuster "Ghostbusters."

Since this initial performance, it's become a yearly tradition to annually re-post video of this anonymous dancer's Internet accomplishment in October, which is why your social media feeds probably look a little like this today: