Parental rights for rapists? You'd be surprised how cruel the law can be

When a woman who's been raped decides to keep her child, she may be in for years of harassment and manipulation 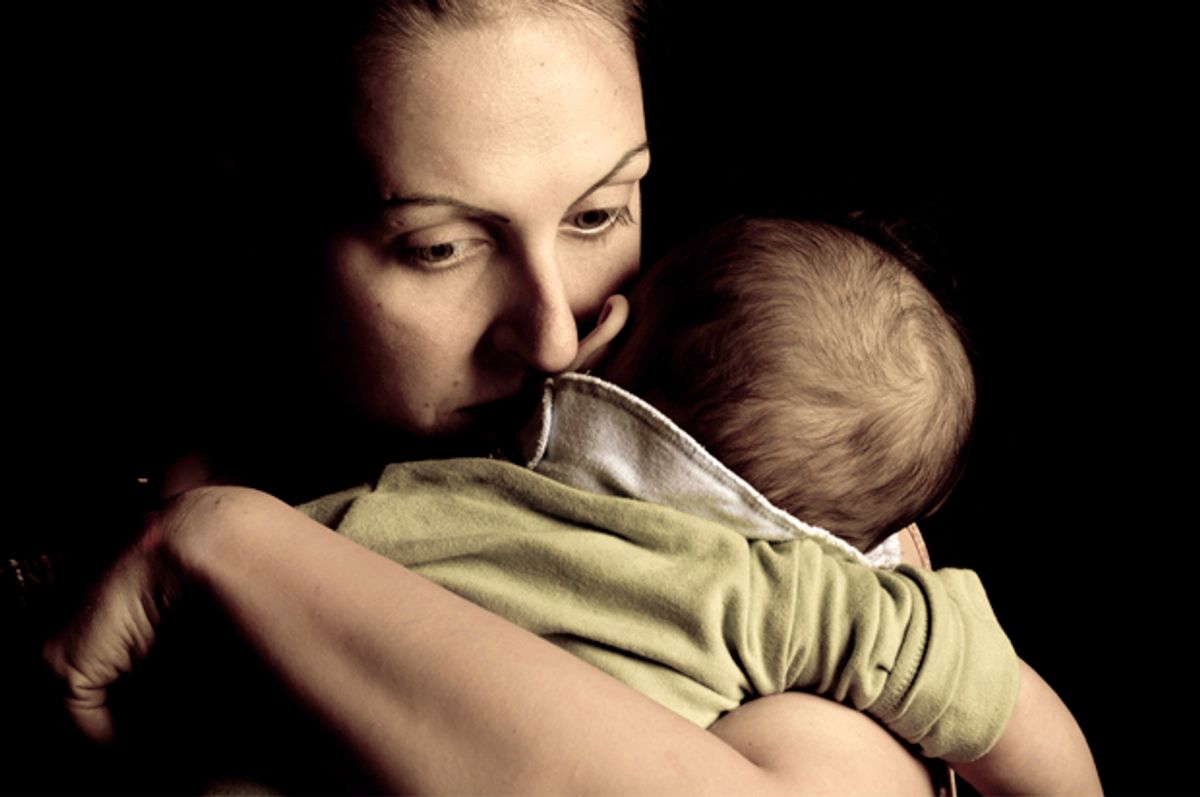 In 2009, Jaime Melendez raped and impregnated a 14-year-old girl in Massachusetts. He pleaded guilty, was sentenced to lengthy probation, and was ordered to pay child support. Then he pulled a familiar, and perfectly legal, maneuver: He demanded visitation rights, and offered to drop his demand if he no longer had to pay child support. A few years earlier, a North Carolina woman became pregnant as the result of rape and placed the baby for adoption. To complete the process, she was required to get permission from the father – who was in jail awaiting trial for the rape. He told her he would agree to the adoption if she didn’t testify against him at the trial. “What do I do?” she later asked. “Protect society or protect the adoption?” The law provided no answer.

For the one-third of rape victims who become pregnant and carry their pregnancies to term, the law can be cruel indeed. A father’s right to be an active parent is no less hard-wired into the law than that of a mother. Rape victims are often forced to consult with their assailants on matters such as schools, summer camps and religious practices, and also to share custody. In about 15 states, rape victims have no legal protection against decades of intimate ties with the men they least want to associate with. Other states provide only minimal remedies. A woman’s decision to keep the child can thus bring years of manipulation, harassment and intimidation, as well as interference with her efforts to recover from her rape.

Women still have the right to terminate pregnancies that result from rape, but many victims’ religious, moral or other beliefs make that simply not an option. As expressed by attorney-advocate Shauna Prewitt about her pregnancy, “My body – a body which felt so dead after my rape – had not only created life, but was nurturing life, and I was amazed … I chose to raise my rape-conceived child.” It took years of court battles with Prewitt’s attacker before his parental rights were finally cut off. “I got lucky,” she wrote.

About 35 states allow courts to terminate the parental rights of rapists, but most of them require that the men first be convicted. However, given that less than one-fifth of rapes are even reported, and only about 5 percent of those result in convictions, these laws might just as well not exist. About nine states don’t require rape convictions, including Wisconsin, which also allows the mother to seek the termination of the father’s parental rights without first notifying him. In May, after years of dithering, Congress passed the Rape Survivor Child Custody Act (RSCCA), which pledges money for states that pass laws denying parental rights to men if the mothers show (usually in family courts) that they have been raped. Notably, the victims need only prove that the rape occurred by “clear and convincing” evidence -- not the tougher “beyond a reasonable doubt” standard used in criminal courts.

So far so good: Yet another gaping hole in rape law is starting to close and victims can now look forward to the day when their decisions to keep their children do not bring the ongoing presence of the rapist himself. What can possibly be wrong with that? In fact, several things, each of which shows why rape remains such a confounding area of the law, and why even the most well-intentioned measures can cause more problems.

In the first place, it’s ill-advised to conduct rape trials in the family courts, which are clogged to the rafters and not set up to handle such complex cases. True, family courts can cut off parental rights in contexts such as child abuse, but resolving the subtleties of rape claims without the “machinery or protections” of criminal courts is a formula for bad results. We are already seeing the chaos – and the lawsuits -- that result when universities try to adjudicate rape cases, particularly when the accused claims he didn’t get a fair trial. In July, in a closely watched case, a California court threw out a University of California San Diego hearing panel’s penalties against a male student for sexually assaulting a female classmate. The court found that the entire process was botched and unfair. No one is happy with the criminal courts in rape cases, but shifting such cases to less-equipped forums could compound the problem.

Second, easy as it is to say that “rape is rape,” not all cases are the same. The predatory stranger, husband or acquaintance does not equate, for example, with a man who had consensual sex with a minor. Statutory rape cases come up all the time, particularly when the female is underage, the male a young adult, and the girl’s parents are hopping mad about the relationship. While the sex may technically be illegal, the accused man may still be ready and willing to fulfill his duties as a father. In these circumstance, it may well work an injustice – particularly to the child -- to bar the father from his child’s life, regardless of whether the mother (or, more likely, her parents) wishes he would just go away.

Too often lost in the discussion about rape-conceived children are the voices of the children themselves. Who speaks for them when, as infants, their fates are being decided? Nowhere in the RSCCA is there a requirement that they be represented by independent counsel. And what if they later wish, despite everything, to have contact with their fathers? Assuming that a father is able to have, for example, supervised contact with the child, is it right for the mother to block the relationship? In these circumstances, the mother’s well-founded desire to avoid contact with the father may not coincide with the child’s best interests.

Of course, abortion is not in the child’s best interests either, but as Prewitt points out in a brilliant law review article, the readiness of most pro-life advocates to embrace a “rape exception” implicitly expresses the view that a rape-conceived child is a “wicked product” of a crime and less deserving of life than other children. “After all,” Prewitt writes with a heavy dose of irony, “What raped woman would willingly choose to give birth to her ‘rapist’s child’? What raped woman would choose to continue the victimization of her rape?” I am staunchly pro-choice, but once one takes the pro-life position, there should be no room for a rape exception.

The issue of rapists’ parental rights highlights a key, and uncomfortable, flaw in the mainstream pro-life argument. If life begins at conception, then the unborn child of a rapist must be valued equally with one conceived through consensual sex. And once the child is born, its interests may well diverge from the desires of the mother. Clearly, we need reliable mechanisms to prevent rapists from using their parental rights (and the paucity of court convictions) to continue their torment of their victims. In many circumstances, fathers should be barred from exercising parental rights for some period of time. But once rape victims choose not to terminate their pregnancies, then their own needs must be balanced against what is best, in the long term, for the children. In the end, the welfare of the child must prevail.

Eric Berkowitz is a San Francisco-based human rights lawyer and the author, most recently, of "The Boundaries of Desire: A Century of Bad Laws, Good Sex, and Changing Identities" (Counterpoint 2015).