"This committee was set up for the purpose of making a partisan, political issue out of the deaths of 4 Americans" 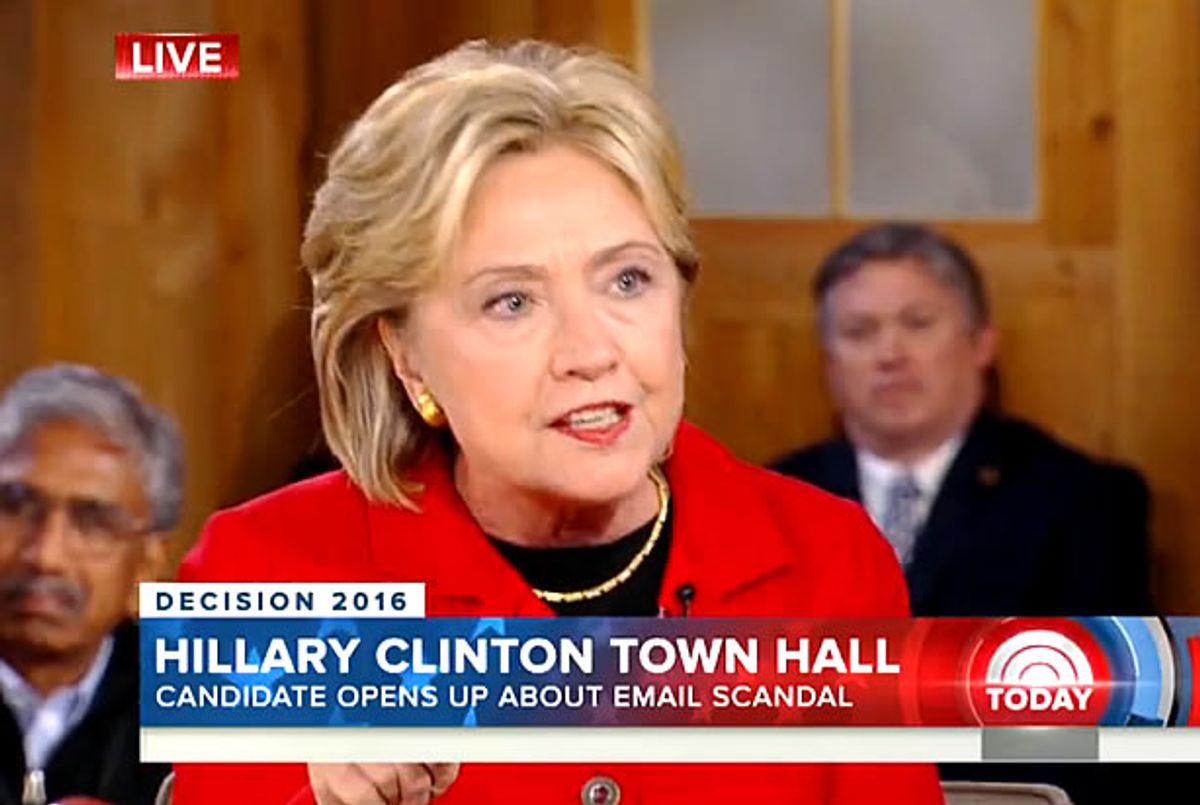 Hillary Clinton appeared on "Today" Monday morning and had harsh words for the Republicans who admitted to calling for more Benghazi hearings in order hurt her poll numbers.

Savannah Guthrie asked the Democratic candidate about likely Speaker of the House Kevin McCarthy's admission that "we put together a Benghazi special committee" in order to hurt her presidential chances, and Clinton was rightly outraged.

"This committee was set up, as they have admitted, for the purpose of making a partisan, political issue out of the deaths of four Americans," she said. "I would never have done that, and if I were president and there were Republicans or Democrats thinking about that, I would have done everything to shut it down."

"Now that they've admitted it's a political partisan committee for the sole purpose of coming after me," Clinton continued, and "not to make our diplomats, who serve in dangerous areas, safer -- that's up to the Congress" to disband the committee. "I'm looking forward to answering about real things when I'm there."

"Look," she concluded, "I've been around this whole 'political situation' for a long time, but some things are just beyond the pale. I'm happy to go, if it's still in operation, to testify. But the real issue is what happened to four brave Americans."