My own "indecent proposal"

I'm as sex-positive as they come, but the proposition got to me. Was I offended by the offer or simply its amount? 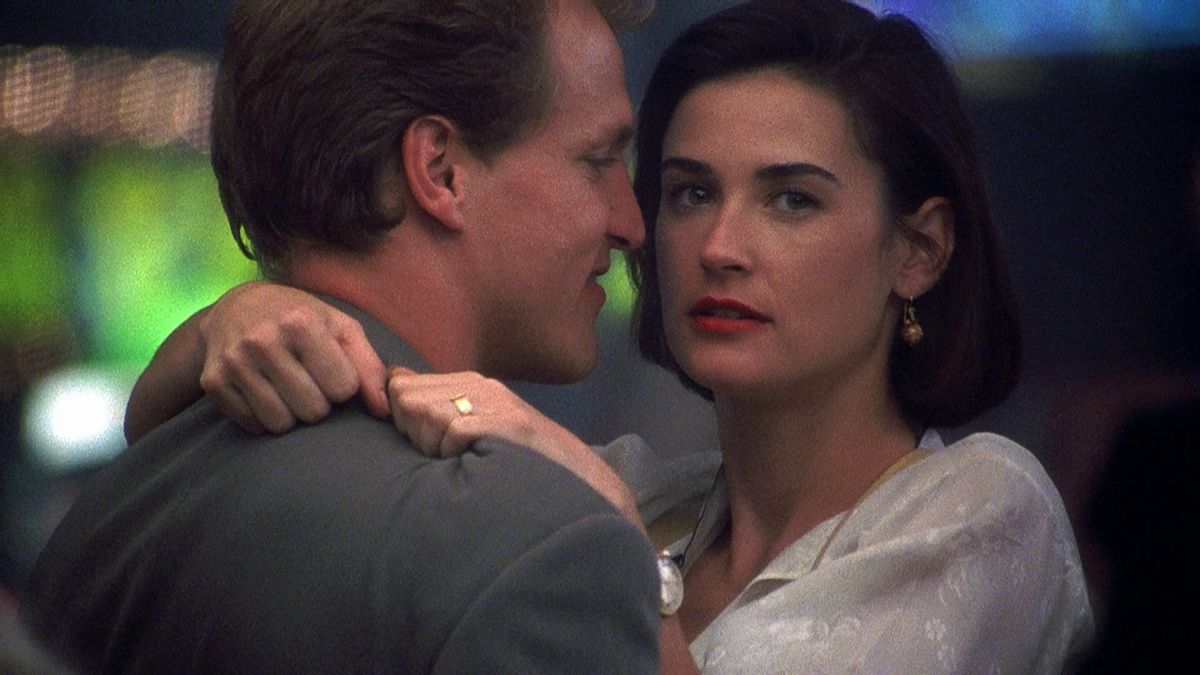 Several weeks ago, I received an email from a stranger that said, “Would you like to go out on a paid date say $3,500 & fool around and play for research for your next book?” That question was followed by his name. A date three days hence was in the subject line. At first, I laughed it off; I’ve been writing about sex long enough to know which emails to ignore.

Yet I I couldn’t stop thinking about it—not the offer itself, which I didn’t actually think was real, but my reaction to it. I was offended, but kept turning over that feeling in my mind. Was I offended that he offered me money—or that he didn’t offer enough? Was I bothered by his brevity? Why did this email skeeve me out more than the guys on FetLife who send ludicrous propositions or dick pics, with no mention of financial compensation? Or was it something more sinister—was I perturbed by the idea that he’d mistaken me for a prostitute, even though he clearly knew I was a writer?

More from DAME: "We Need All Women to 'Shout Their Abortions'"

The latter assumption didn’t sit well with me, especially as someone who supports sex-worker rights. Could I really say that with a straight face if I somehow felt I was “above” sex work? I asked my friend Melissa Petro, a former sex worker who was forced to leave her New York City teaching job when her professional history came to light, for her reaction. Does she believe, as I was starting to suspect, that deep down, every woman has a price? Petro doesn’t think so, but she did tell me, “I wonder if every woman in need of money doesn't have to consider such offers that much harder than women with money. There were times, for years, that I would have seriously considered every reasonable offer, when I was single and struggling to pay my rent and eat—even though it would have felt humiliating. Being broke and not being able to pay your rent or feed yourself is humiliating, too.”

She assured me I wasn’t alone in feeling put off. “I'm always offended when I get propositioned,” Petro said. “It's happened to me a couple times. One time, it happened before I'd ever had sex for money, from a professor right after he'd given me a seriously negative critique on my manuscript. He offered me private instruction in exchange for sex. Depending on who's doing the asking, I think it can be really fucked up, like in that situation, when someone clearly has more power over another person.”

But talking to my friend Kimberlee Cline—a sex worker and founder of non-profit organization Red Umbrella Policy Project—made me wonder if I’d been looking at the subject all wrong. First off, the propositioner wasn’t totally out of line, in her opinion. “Even though you’re not a sex-for-hire sex worker, you’re a sex professional on some level, so reaching out to you in your capacity as an expert does not seem inappropriate. I admire this person’s recognition that he should make it worth your time to have sex with him or even really talk to him at all.” And yes, that’s a fair rate, according to Cline—though she advised me to ask for $10,000 if I were truly interested, since he’d specifically sought me out.

Secondly, he wasn’t insulting me. “There’s this concept that if a man equates sex with money, he’s somehow degrading the woman’s intelligence and emotional integrity,” she explained. “I think that’s a really misogynist view of sexuality.” She went on to add, “The whole idea that it’s offensive to equate sexuality with money has a lot more to do with the purity of womanhood idea, which is rooted in separating women from the economy. What people are upset about is not that women have sex, but that women are making money, and if there’s sex involved with making money, then it’s acceptable to hate it.”

In other words, I shouldn’t be offended by being offered money for sex, when money has always been at the root of intimate relationships—and still is, even in our supposedly egalitarian times. Take sugar babies and sugar daddies—meaning women, typically young, who are just starting out in the working world and accept money from older men. In her forthcoming book of essays, Popular, Lauren Urasek, who was crowned “the most popular girl on OkCupid” by New York magazine, describes a date with a sugar daddy, the kind who treated her to a $200 dinner, bought her a pricey leather bag—and handed her an envelope with $2,000 in it as a parting gift at the end of one date. She didn’t expect anything from him, but he was more than willing to lavish her with these offerings; as it turned out, he had a wife and two kids which he’d neglected to mention.

More from DAME: "Underpaid Labor is Nothing to Cheer About"

Urasek writes, “Without any context, if I’d just told you an older man handed me $2,000 in cash, you’d automatically assume I’d fucked him, and I wouldn’t blame you for coming to that conclusion. Why would someone hand over that much money to someone for just going to dinner with him? I asked myself that same question. Did he expect me to fuck him the next time I saw him?” This is in stark contrast to the experience of college student Boni Mata, who wrote in The Daily Californian about her sugar dating website experience, “Once potential daddies found out I was ‘not looking for sex,’ I was instantly ignored.”

Urasek backs up Cline’s main point, which is that money is already part of the equation in sexual and romantic relationships, whether they officially invole sex work or not. To think otherwise is to ignore the history of marriage—and its current reality. Remember all the buzz about the “wife bonus?” It sounded outlandish, but of course we all make negotiations about money every day. Why should the realm of sex be any different?

I also agree with Cline that I prefer this stranger’s straightforward approach, rather than the who-will-pay-and-what-does-it-mean uncertainty that can often hover over traditional dates. “Giving money directly to women is a way to undercut some of the unwanted drama for those who don’t enjoy that particular mating game of the dining and spending in a consumerist manner,” said Cline. Plus, the boundaries are much clearer than in the Urasek scenario above. “I make agreements for specific amounts of time and I feel very secure in where that begins and where that ends,” Cline argued. “Nobody walks away thinking, if I don’t get a call in the morning, I’m going to feel bad.”

After I got off the phone with Cline, I remembered that, while it was true that I’d never been offered sex for money before, I have had sex in exchange for material goods. Once, an old lover offered to give me a computer he wasn’t using, if I slept with him. I needed the computer, and even though I wasn’t interested in continuing that kind of relationship with him, I was game. Yet I wasn’t offended by his offer in the same way I was by this stranger’s indecent proposal.

I’m not apologizing for my reaction, and I’m currently in a monogamous relationship, so sleeping with someone else, for money or for fun, is out of the question anyway. But if I were single and ever offered a real deal of this kind, I just might consider it.

More from DAME: "Can Carly Fiorina Ride Planned Parenthood to the Presidency?"

Ultimately, despite my protestations, I’m actually too much of a sapiosexual to entertain this guy’s email, even if it were more elaborate and offered an introduction, which Cline advises any would-be financially inclined suitors must include. As I was finishing this column, I let my curiosity take over and Googled the email address the man had emailed me from. As it turns out, I’m not so special; he’s propositioned plenty of women on Twitter. But the biggest turnoff? He used the “word” lubercated [sic]. That I just can’t tolerate, no matter how much money’s on the table.