The American atrocities we refuse to see: Doctors Without Borders, fumbling officials & our blindness to civilian deaths

Our outrage shouldn't begin and end with the horrific bombing of a prominent, well-funded organization 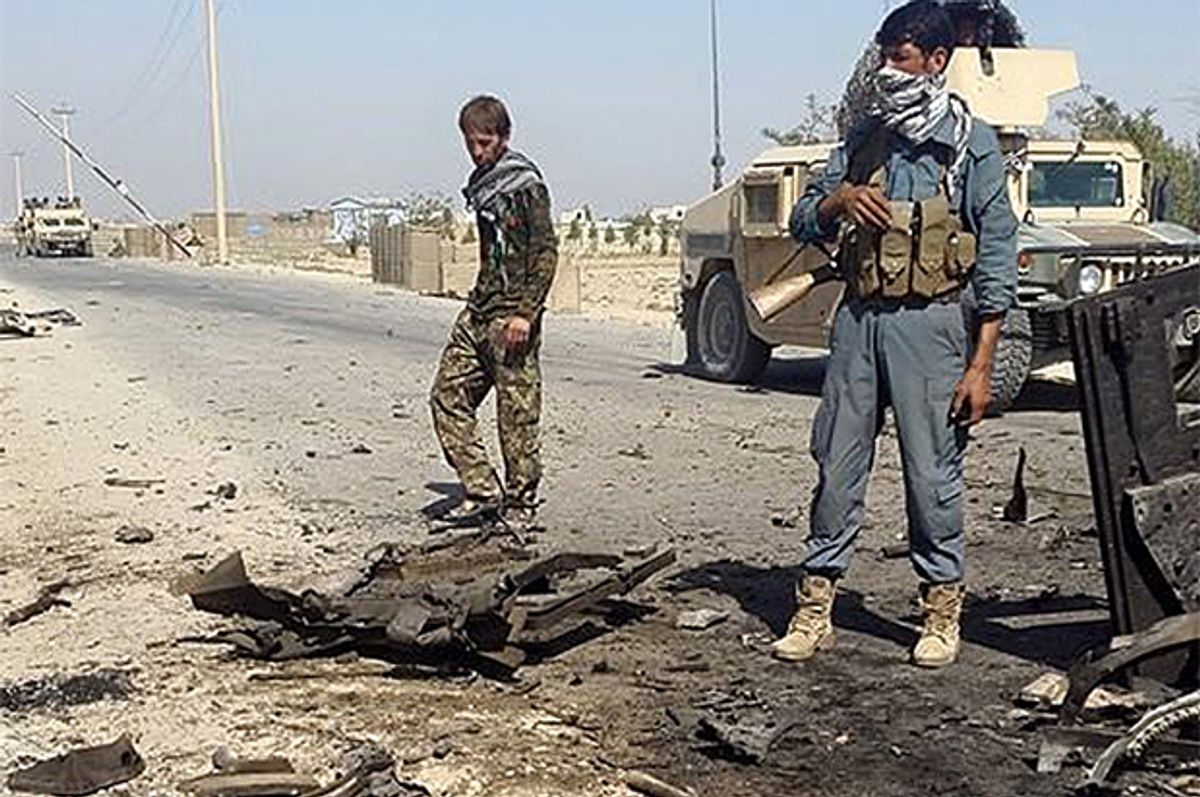 The United States has now told four different stories about what caused its military to attack a Doctors Without Borders hospital in Kunduz, Afghanistan over the weekend. The latest version is that the decision to target the hospital was one ultimately made by American forces after a request from Afghan forces.

The ever-shifting narrative is just one element of what has quickly become one of the most gruesome symbols of modern American warfare in living memory.

To its immense credit, DWB has refused to go quietly. It has repeatedly pointed out that the strikes were repeated and precise; that all sides in the Afghan war were aware of the hospital's GPS coordinates; and that no hospital staff had reported any fighting prior to the attack. It has also described what happened in Kunduz as a war crime. Since no independent investigation of the strike has been performed, we still can't know exactly what legal territory the U.S. is in, but the balance is heavily skewed towards a war crime having been committed. There are almost no legal reasons to attack a hospital.

The stark clarity of DWB has provided a sharp contrast with the woeful, fumbling response from the United States government. The inability of the Americans to settle on a clear picture of why it burned bedridden patients alive is just one reason an independent investigation is needed. The admission by John Campbell, the head of US forces in Afghanistan, that it was the Americans who greenlit the strike is another. Campbell told a Senate committee that the attack was a mistake. If that were true, it would mean that, at the very least, American forces ignored the GPS coordinates they'd been given by DWB. Such murkiness cannot be credibly clarified by an internal American probe.

The Kunduz attack is notable for its blatant horror. Yet it is also notable because we are talking about it at all. The attention paid to the story is absolutely worthwhile, but, if we are being honest, we're also paying attention because of who the Americans hit.

Doctors Without Borders is an organization with over a billion dollars in funding. It has a Nobel Peace Prize. It has nearly a million followers on Facebook and over half a million on Twitter. It has clout, very powerful connections and an international megaphone. It is worth considering what might have happened had it not had all of these things. How quickly would the story of the Kunduz attack have died down if an ordinary Afghan hospital had been struck? How much more easily would media outlets have been able to peddle the initial stories of why the attack took place if Afghan doctors unconnected to a high-profile group like DWB were the only ones contradicting them?

U.S. airstrikes, whether in the form of drones or planes, have killed, even in the most conservative estimates, hundreds of civilians in multiple countries over the past decade. We know that it is US policy to carry out so-called "signature strikes," where the identities of the victims are explicitly not known. The rate of civilian deaths from airstrikes in Afghanistan has been increasing over the past year. The disastrous psychological impact of drones has been widely documented. How many times does any of this truly penetrate our collective consciousness?

Here's what one Afghan man told the Los Angeles Times in late 2013 about the strike that killed his family:

"There were pieces of my family all over the road," said Jan, recalling the deadly Sept. 7 late afternoon incident in an interview last week. "I picked up those pieces from the road and from the truck and wrapped them in a sheet to bury them.

"Do the American people want to spend their money this way, on drones that kill our women and children?" he asked.

Jan's story has long since faded away. It shouldn't have. If we are to take anything away from the atrocity of Kunduz, it should be a few reminders. First, America kills innocent people all of the time, all around the world. Second, the U.S. government cannot simply be trusted to tell the truth about why it kills the people it kills. Third, every civilian death deserves to be met with the kind of outrage and empathy that we have given the victims of Kunduz.