The prisoners who kicked Harvard's ass: Only people who think Ivy Leaguers are smarter than felons were surprised 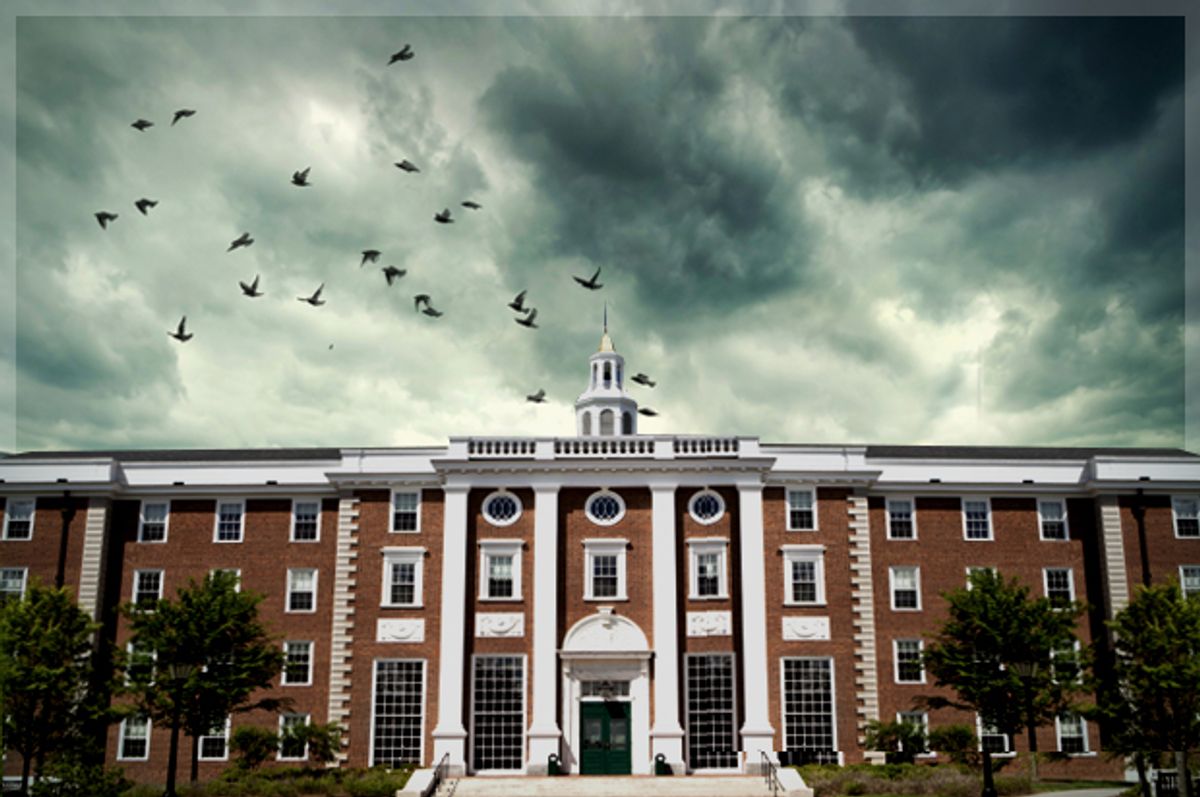 When prisoners from Eastern New York Correctional Facility beat Harvard University in an exhibition debate last month, it made national headlines. It had all the elements of a classic underdog story, with a motley trio made up of violent offenders adjudged to be society’s worst, going up against a fresh-faced team made up of America’s best and brightest. Yet in this most civilized of battles, where words were the only weapons, the prisoners won.

What happened, Harvard? Was the match fixed? Nearly every report on the story explored the niggling question that the judges were biased against the Ivy League team. To the Wall Street Journal, lead judge Mary Nugent defended their decision for Eastern New York Correctional, stressing: “I don’t think we can ever judge devoid of context or where we are, but the idea they would win out of sympathy is playing into pretty misguided ideas about inmates. Their academic ability is impressive.”

To educators and advocates who work with vast and varied prison populations, the win was perfectly plausible on a generalized and specific level. (This same debate team had won a match against West Point in 2014.) As of last official count, the United States currently boasts a federal and state prison population of just over 1.5 million, of which 106,000 were female. Per numbers crunched in 2008, approximately 1 per 100 adults in the U.S. is incarcerated.

As far as these prison advocates are concerned, it’s the general public that needs to be educated regarding the systemic socioeconomic asymmetries feeding the dismal growth of rates of incarceration in a this country. The contemporary prison is no longer a penitentiary, a place of penitence and reflection, but an industry that requires demeaned and docile bodies off which it can profit. Correspondingly, there has been an alarming strengthening of the preschool-to-prison pipeline, as well as the reappearance of debtors’ prison, which makes being poor a crime in itself.

Deborah Jiang-Stein is the author of the memoir "Prison Baby" and founder of the unPrison Project. In an email to me, she writes: “What’s so surprising about the triumph of a prison debate team over Harvard’s team? When I read the subtitle, '...In a surprising turn of events, a debate team comprised of prisoners from Eastern New York Correctional Facility beat Harvard’s debate team,' my first thought was: This is close to: ‘S/he’s pretty articulate for a (fill in the blank).’ And often the blank isn’t filled in. It’s implied about race, dialect, nationality.”

She explains that a raft of prejudices make it too easy to dismiss “a bunch of inmates” as being incapable of debate skills and logical thinking. “The tide might be turning about mass incarceration,” she concludes, “but it’s time to look inside the humanity and abilities of the people inside prisons.”

Boria Sax agrees with her. That inmates won a debate against Harvard “should not be surprising," he comments to me. "The inmates think and study intensely, and without distractions of the Internet. They are probably the most engaged students I have ever had.” The author of several books focusing on animal-human relations, Sax teaches at Sing Sing and Taconic prisons with a program called Hudson Link, which provides a college education and imparts life skills to incarcerated men and women. It is similar to the Bard Prison Initiative, which had fostered the Eastern New York Correctional debate team. The underlying rationale for these programs is that they prevent recidivism by generating self-respect while imparting critical thinking skills. There is respect for these programs inside prison, as there are very few spots and the inmates have to compete for admission by writing an essay and going for an interview, just as they would to get into a regular college.

Notably, the Hudson Link program focuses on the traditional disciplines of a classical liberal arts education. Sax teaches philosophy, history, English, art and religion. The stuff of an Ivy League education, usually taught at institutions where the sons and daughters of the moneyed elite go to sing the love song of J. Alfred Prufrock: “In the room the women come and go/ Talking of Michelangelo.” It is too easy to mock, and yet the program is working: Out of 300 men who graduated from Bard’s program, fewer than 2 percent returned to custody within three years; and Hudson Link’s rates are at 3 percent. Without education, 40 percent of prisoners end up incarcerated again.

In an oddly backhanded way, the success of these programs reveals the importance of the humanities—those “useless” subjects such as literature, philosophy, and history--which educate the whole person instead of training a worker. For some inmates, Sax writes, their situation may compel them “to think about things more intensely than most people. A crisis like going to prison can move people to question everything in their lives.” As for providing a liberal arts education to inmates, he posits the question: “Are we doing it for the prisoners or for society? Both, but helping the prisoners is a more tangible and immediate goal.” He wants to remind those who have never experienced life behind bars that prison is not like how it is portrayed in films and television. It is, above all else, “terribly bleak.”

In recent years, perhaps no one has done more than Rene Denfeld to simultaneously illuminate the grinding despair  of prison life while humanizing the condemned. Her gorgeously written, brutal tale about an inmate awaiting execution, "The Enchanted," was one of the most critically acclaimed literary works of 2014. What did she think of the fact that Eastern New York Correctional beat Harvard? It’s “an indictment of both our prison economy and our higher education system,” she says to me, for whether our children end up in prison or in the Ivy League has far “less to do with their potential than the color of their skin and economic background.”

And luck, too, I would add. Growing up in rural Maine, I often heard adults comment that smart kids in school would either end up in jail, or getting into Harvard. There but for the grace of God go I. So I will end by quoting T. S. Eliot again, whose words take on solemn resonance in light of the profitable prison industry that is now hoovering up the poor: “There will be time to murder and create/ And time for all the works and days of hands/That lift and drop a question on your plate/ Time for you and time for me.”